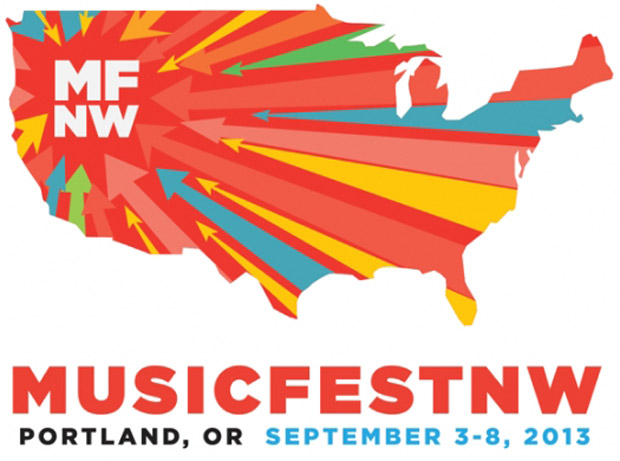 By now, Portland being famed for it’s ‘indie cred’ is old hat – everyone knows about the smart growth initiatives, all the bike lanes, Portlandia, etc. One of the most sterling examples of this is Music Fest NW, when bands play across the city’s many venues, with big name acts and small up-and-comers, Pacific Northwest locals and acts from around the world.

Click here for photos of Animal Collective at 2013 Governors Ball in New York, NY in the QRO Concert Photo Gallery 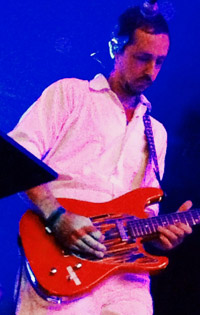 Animal Collective are an odd outfit.  Thus, they fit right into the Portland vibe.  They brought their quirky indie tunes to Pioneer Courthouse Square to help close out Friday night at Music Fest NW.  The stage had big blown up teeth on either side so apparently they wanted it to seem like they were performing inside a giant mouth?  It’s hard to know.  Needless to say, the crowd was highly entertained and excited.

These guys have released a lot of albums in the relatively short time they have been a band, so it’s always tough in a festival setting to have to narrow it down to an hour’s worth, and they clearly gave preference to last year’s Centipede Hz (QRO review) in that their set opened with its closing track “Amanita” and was followed by the likes of “Father Time”, “New Town Burnout”, and “Monkey Riches“ as well as previous albums’ songs such as “My Girls” and the set-closing “The Purple Bottle” from their 2005 album Feels.