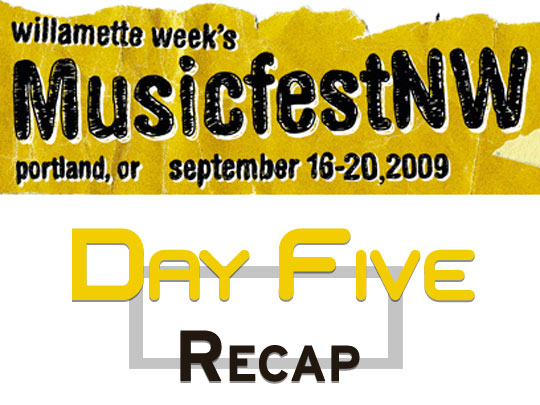 Day 5 wrapped up with Modest Mouse frontman, Isaac Brock’s Glacial Pace Showcase at The Crystal Ballroom.  Sadly, many of us missed the first two bands (Morning Teleportation and Mimicking Birds.)  The culprit you ask?  Another never ending line, of course!  Maybe there’s something to be said for those VIP wristbands after all… 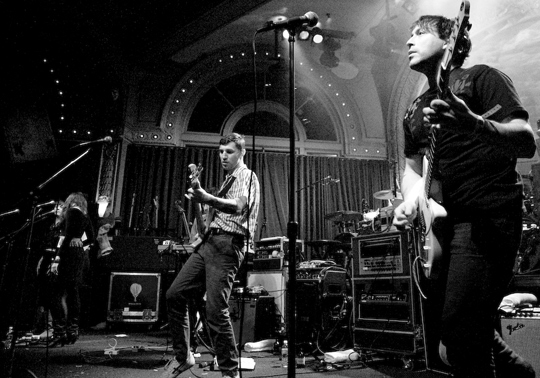 What happens when old school indie rock romps with classic rock?  Love As Laughter.  Who were those three mysterious ladies providing backing vocals and tambourine assistance?  The band never did clue us in! 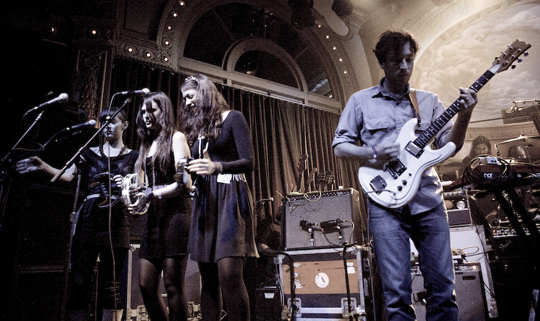 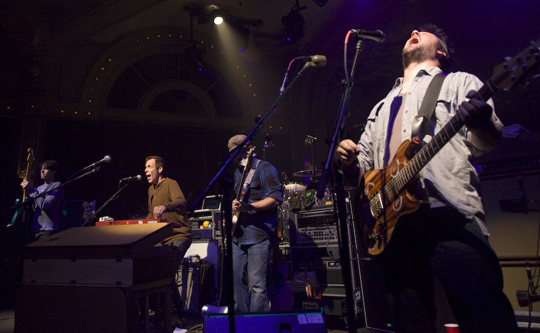 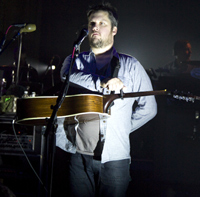 New songs, old songs, and songs in between, there was something here for every fan in the house.  The mighty Modest Mouse (QRO album review) just keep getting better and better.  The band came to play, tearing it up and giving a show filled with sheer force including two sets of thundering, crashing drums, and a stage chock full of additional instruments.  Isaac even manipulated his voice on a tricked out mic a time or two, sounding just like a didgeridoo. 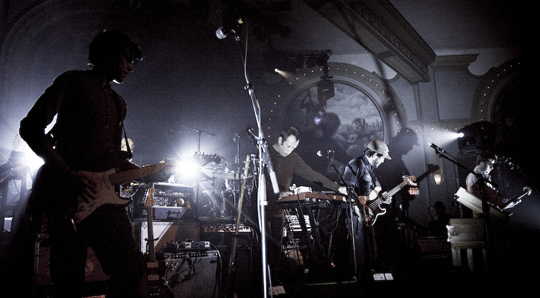 To cap off the festivities, Isaac gave what will surely be remembered as the biggest WTF moment of MusicFest NW 2009, when he proclaimed that if he makes a lot of money from the newly signed bands on his label he would like to own a bunch of jet skis.  And those jet skis would pull him around on a 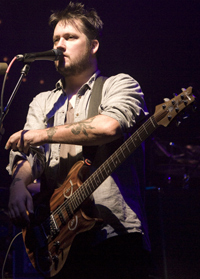 chariot.  And if he had those jet 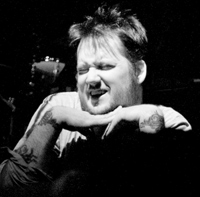 skis, everywhere he goes would need to be flooded with water, preferably water made from tears.  But not just any tears–the tears of the vanquished!  ‘Tis true people.  I couldn’t make this stuff up if I tried.  Oh, Isaac thanks for doing your part to Keep Portland Weird, and ending MusicFest NW 2009 on a truly high note! 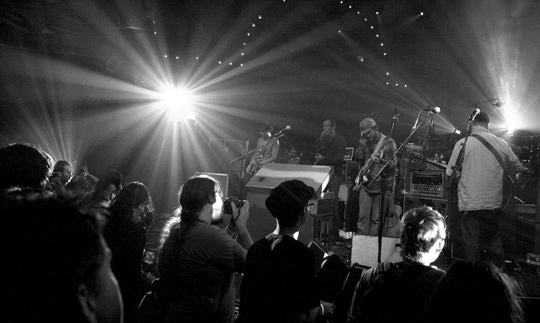