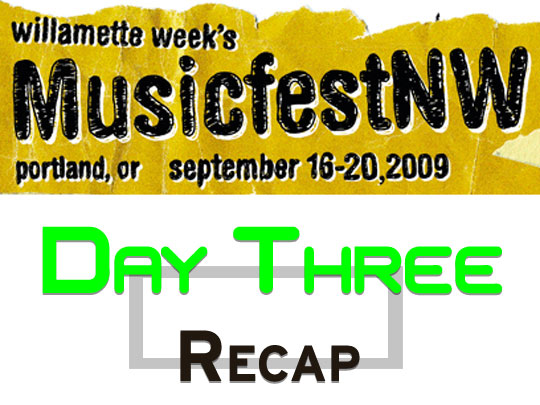 The majority of MusicFest NW acts were off limits to the under-21 crowd, but the Nike sponsored “Bandz in the Hood” event featuring The Like and headliner Arctic Monkeys was all-ages.  This made The Wonder Ballroom yet another hotspot that had bodies lined up as far as the eye could see.  This show was free even if you didn’t have a festival wristband, but passes needed to be picked up the day of the show from Jackpot Records.  The fact that the doors opened at 4:30, gave the high school set just enough time to pick up their passes after school and join the rest of us in line: 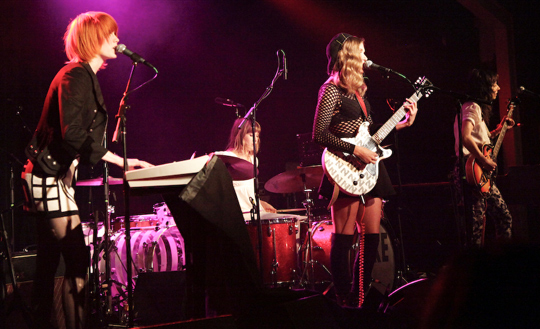 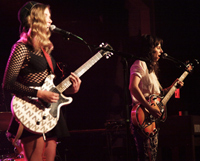 If you prefer to take your pop tunes with a heavy dose of keyboards, harmonies and girls, you liked The Like.  These lovely ladies charmed the crowd oooh-ing and ahhh–ing their way through one well crafted number after another.  And it sure didn’t hurt that they looked good too.  Was there a stylist backstage? 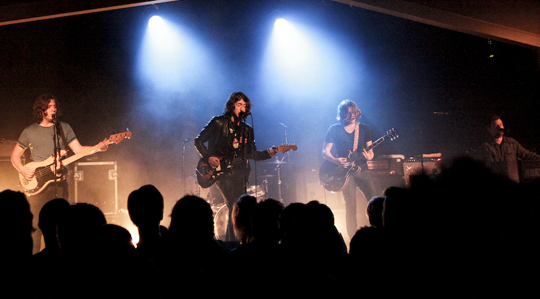 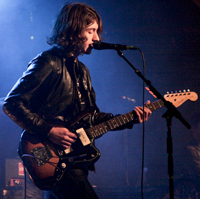 Arctic Monkeys didn’t have a lot to say to their adoring fans.  They simply let their music do the talking (QRO album review).  That IS what they are known for after all.  Dark, fast, and heavy at times, they played like they had something to prove.  We heard you loud and clear!  Arctic Monkeys had such a loyal following that even the kids who couldn’t gain entry, didn’t budge from their spots on the sidewalk.  Come Monday morning, they could tell everyone they HEARD Arctic Monkeys, even if they couldn’t actually SEE them.

The Jealous Sound did what they were brought in to do–amp up the crowd for one of the most highly anticipated shows (Sunny Day Real Estate – see below) of MusicFest NW.  Not many in the crowd seemed familiar with them, but they were certainly well received by the end of their set.

The Sunny Day Real Estate show was touted as “their triumphant return”, with all 4 original members reuniting.  The band focused on their first two studio albums.  These emo-pioneers demonstrated that their songs are just as powerful today as they were 15 years ago.  Raw emotion hung in the air.  Sunny Day even treated the crowd to a new single, written just over a week ago.  Here’s hoping this means we can expect some new material in the near future!  The band genuinely enjoyed themselves, inviting the crowd to join them at their next gig in Utah.  Judging from the crowd’s reaction, I nearly expected to see a caravan of cars with “Sunny Day or Bust!” placards displayed in their rear windows, driving down the freeway.

– Barsuk Records showcase at Berbati’s Pan.  However, as there were no photographers allowed at Crystal Ballroom, Autumn caught two at Berbati’s, Say Hi (QRO spotlight on) & Rocky Votolato: 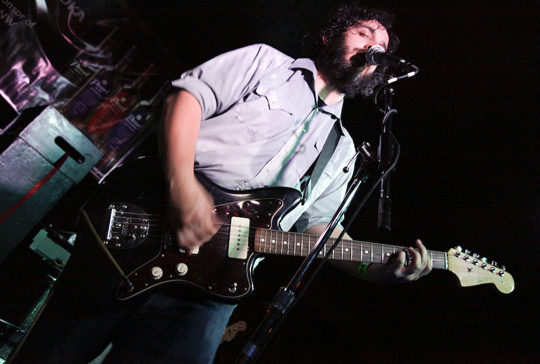 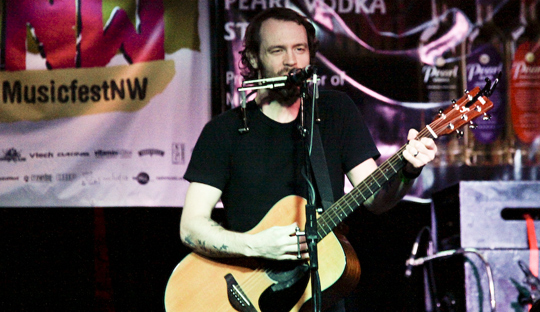 – Monotonix (QRO live review) @ Roseland Theater – Word on the street is that the show was absolute mayhem with the lead singer stripping off his pants right from the get-go.  If it’s true, so sorry I missed that!

The Dodos : Time To Die