Music of the Spheres 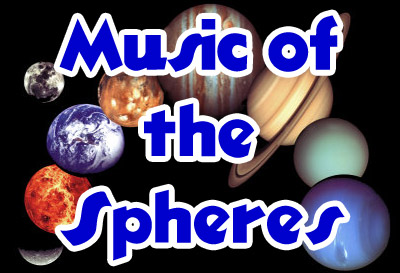 Indie isn’t just international; it’s inter-planetary.  In that spirit, here’s to bringing the rock to all four corners of the solar system…

“Staring At the Sun”, TV On the Radio, Desperate Youth, Blood Thirsty Babes (2004)

The massive, blazing center around which all objects revolve, it’s easy to be transfixed and overwhelmed by things like our life-giving star, a fate Brooklyn’s own TV On the Radio lament in the debut single from their breakthrough Desperate Youth, Blood Thirsty Babes.

MP3 Stream: “Staring at the Sun“

The vastness of outer space naturally lends itself to electronica, but maybe no planet better encapsulates that then the first one, with its yin and yang of never-ending night on one side, and never-ending day on the other.  And maybe no electronic artist is more suited for a spacesuit than the ‘father of trance’ himself, Brian Wayne Transeau.  Jan Johnston’s haunting, ethereal lyrics on this heavily remixed Movement In Still Life single don’t give any connection to the planet – letting BT’s work speak to the heavens direct.

But space and genre belong to no one man, not if the French have anything to say about it.  Leading off their acclaimed Talkie Walkie, Nicolas Godin and Jean-Benoît Dunckel go their own way, heading for the thick, soupy atmosphere of Aphrodite’s planet, displaying how love can cross any distance.

However, he rolling dirt and seas of the still-best-planet-around belong to American rock ‘n’ roll, and U.S. indie rock doesn’t get any finer than Reagan-era alternative giants, The Replacements.  As the decade ended, The Mats sobered up, singer/songwriter Paul Westerberg especially, and the band took a more straightforward modern rock approach on Don’t Tell a Soul.  But they never forgot for whom they were playing for: the youth of the eighties, disgusted but emboldened at the world that was there for them to take.

In olden times, fair maidens were told that they could see the face of their future one true love etched upon the moon.  There is something romantic about such a thought, but also terribly determined.  And what if your one true love doesn’t want you – or vice-versa?  It’s a fate and fear explored and expressed by New Wave icons Echo & The Bunnymen in their most popular piece.

The greatest song on this list, it’s also one of the Thin White Duke’s best ever.  While 1973’s The Rise and Fall of Ziggy Stardust and the Spiders from Mars was what gave birth to the Bowie legend, he’d already made claim to the ruddy home of little green men on this track from the prior Hunky Dory.  It came from Bowie losing out to Paul Anka on giving lyrics to a French song that Anka would make into Frank Sinatra’s ubiquitous “My Way”; Bowie explores the fortune he lost to spreading American culture, though the eyes of a young girl disappointed by a ‘hit film’; she wonders if the big ol’ U. S. of A. gives a second thought to its pop-culture dominance over dusty backwaters like Great Britain – or the Red Planet…

“Take a look at the lawman / Beating up the wrong guy
Oh man! / Wonder if he’ll ever know / He’s in the best-selling show
Is there life on Mars?”

The orbs of the heavens were named after the gods of Rome (who were themselves copies of the gods of Greece), and children born on the ground were named after the heavens above.  Jupiter (ne Zeus), the greatest of them all, was given the biggest planet – and a sweet young girl in track off of Grant Lee Buffalo’s debut, Fuzzy.  The alt-Americana act chronicled the tale of this girl and her troubled boyfriend, Teardrop (“for the tattoo by his eye”).  The star-crossed lovers tried to keep it together through his incarceration, dreaming of marriage and children all their own, but reality can’t be ignored any more than a gas giant: when Teardrop calls Jupiter, in need of his .38, Jupiter has to unplug the phone and leave him to what fate had always had in store.

But for some young folks, the heavens are a way to escape from the real world – even a tragic inspiration.  After their somewhat troubled first Bill Berry-less record, Up, epic alt-icons R.E.M. delivered more of a return to form with Reveal.  This included revisiting one of their most heart-wrenching topics, teenage suicide, in this tale of a teen escaping the downstairs world by climbing the ladder of his wrist and pulling it up behind him, to watch the ring-orbited Saturn go out on its own.

Maybe thanks to all the snickering, no planet was harder to find a track for than Uranus.  The first planet discovered since ancient times, Sir William Herschel wished to name it after King George III, but German Johann Elert Bode instead dubbed after the father of Saturn (who was himself the father of Jupiter), and god of the skies, Uranus (and just this once, taking the Greek name…).  So it required a pair of Norwegian dance-rockers to take the trip on their double self-titled debut.

No planet’s namesake is better known than Neptune, the icy blue orb evoking the god of the icy blue seas.  On their last major-label release for Virgin, seminal alt-country rockers Cracker lead things off by serenading the virgins of the oceans in the sad, melancholy manner of a man who knows his ship has sailed.

International Astronomical Union or no, Pluto’s a planet and that’s all there is to it – it’s named after the god of death, and gave it’s name to a Disney character!  Back before this revisionist thinking took hold, Les Savy Fav rocked the distant rock on their debut, 3/5.  While the lyrics don’t seem to pertain to the planet, in some ways, that’s fitting.  More importantly, the once-and-future planet is firmly in the sound system, as the record was produced by James Murphy, Mr. LCD Soundsystem himself – and was the only LP to feature future LCD drummer, Pat Mahoney.

While there are no songs – yet – for Ceres (the largest rock in the Asteroid Belt), Eris (the father-out-than-Pluto-but-larger object that brought about the demotion – and was originally nicknamed ‘Xena’), or the extra-solar planets, here are a few numbers for planets NASA needs to find:
“Every Planet We Reach Is Dead”, Gorillaz, Demon Days (2005)

MP3 Stream: “Every Planet We Reach Is Dead“

Tyler Ramsey : A Long Dream About Swimming Across the Sea