<p> <a href="features/features/music_to_know_festival_preview/"><img src="http://www.qromag.com/wp-content/uploads/2011/08/mtkpreview.jpg" alt="Music To Know Festival Preview" /></a> </p> <p> <i><b>UPDATE: Due to low ticket sales, the Music To Know Festival has been cancelled.  QRO already did... 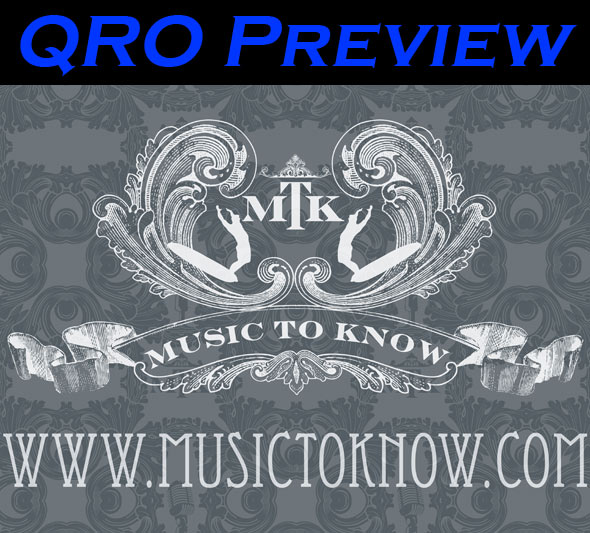 UPDATE: Due to low ticket sales, the Music To Know Festival has been cancelled.  QRO already did the preview, so consider this a ‘what might have been’:

Festivals in North America usually tend towards a few well-known, if not well-loved, archetypes.  There are the hippie jam-band festivals, with unwashed granola types camping down and smoking up to watch Phish & Grateful Dead spin-offs.  There’s the Euro-rave knock-off, with glowsticks and hallucinogens.  There are the hard rock and metal events in coliseums and racetracks, with muscles and mosh pits.  There are ones at the biggest park in the city, toned down and closing early.  And there are even the neo-Coachella/Bonnaroo indie festivals, with bands you’ve never heard of, bands you want to see, and bands you’re already sick of (can move between all three emotions about a band over a year, or even over a festival).  And none of them are in the Northeast.

Which is what makes the new Music To Know Festival standout.  To some degree trying to import the elements of British festivals (QRO U.K. Festival Guide) that haven’t made it across the pond, but also classing up the entire experience (in: wine; out: camping).  It’s certainly in a classy spot, The Hamptons, out on Long Island (but still an easy ride on the Long Island Railroad for New Yorkers who never get to go to festivals without flying or a really long drive).  It’s even been written up in both The Wall Street Journal (though that was mostly locals thinking it was going to be the next Woodstock – clearly the only festival they’d ever heard of – and ruin The Hamptons) and The New York Times (though that was more about how fashion retailers like the Olsen twins are providing a big chunk of the underwriting by paying to sell their wares there).

With a line-up of hot acts that appeal to indie types and more, plus a whole host of amenities, Music To Know looks make August 13th & 14th at Runway 4 in the East Hampton Airport an interesting experience: