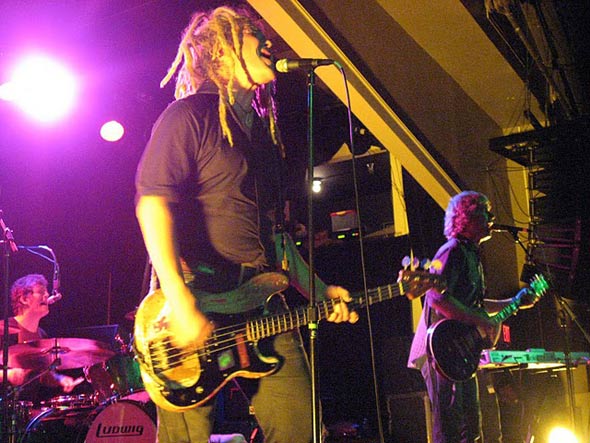 Click here for photos of Nada Surf at CMJ 2010 in New York, NY in the QRO Concert Photo Gallery

Welcome to rainy Portland, Nada Surf.  Before their set began on Sunday, May 30th, the left side of the Wonder Ballroom stage was beginning to look like the title of their song “Treading Water”.  Rain began dripping through the roof as touring guitarist Doug Gillard (from both Guided by Voices and Death of Samantha) was trying to set up his pedals.  A bit of chaos ensued as opener Telekinesis! (QRO photos) was attempting to get their gear off stage at the same time.  The drops were hitting the stage and spraying the equipment until staff put what looked like a busboy’s tray filled with towels down to collect the rain.  Before leading off with “Weightless”, bassist Daniel Lorca looked at the puddle, then to the crowd and exclaimed, “I love Portland!” 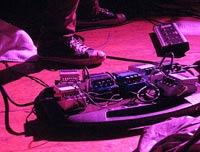 Touring behind their latest release, the covers album if i had a hi-fi (QRO review), Nada Surf seemed to be in a playful mood despite the wet stage.  Their set featured five hi-fi cover tunes and two surprise covers along with originals from 2002’s Let Go onward.  In addition 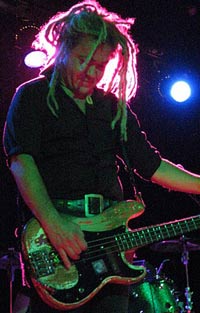 Main set highlights of the eighteen songs played were “Whose Authority”, “Enjoy The Silence” (Depeche Mode), the rocking version of the aforementioned “Treading Water”, “Blizzard of ‘77” played by Caws and Elliot, and “Electrocution” (Bill Fox).  Lorca’s cigarette smoke and dreadlocks silhouetted by the lights only added to the spectacle of water dripping from the roof.

The encore started with a cover of “I Am a Tree” (Gillard’s own Guided By Voices), followed by “Always Love” whose opening notes elicited screams from the audience.  “Blankest Year” turned into a raucous sing-along and the band ended the night with another cover, The Clash’s “I Fought The Law”.  Perhaps it was only fitting that, as the audience filed out of the venue, it was still raining. 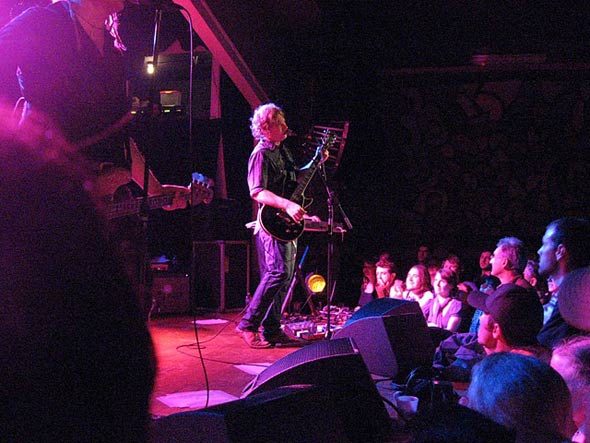