QRO sat down with Neal Francis at a small table, just outside the access of the Shaky Knees festivalgoers on Day 2 of the event, for a one-on-one discussion... 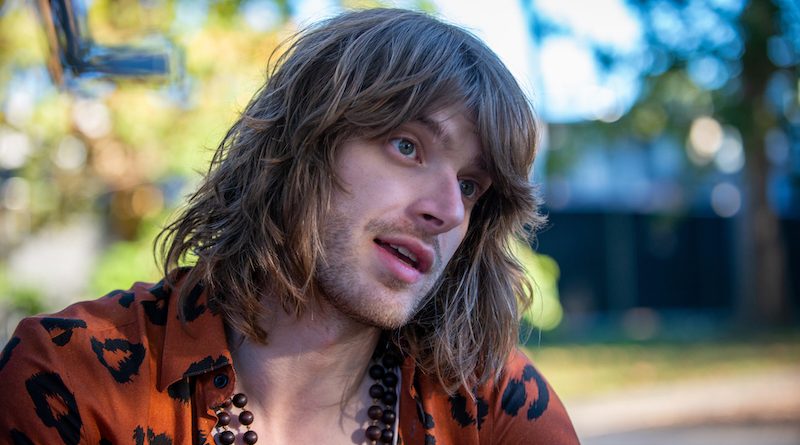 QRO sat down with Neal Francis at a small table, just outside the access of the Shaky Knees festivalgoers on Day 2 of the event, for a one-on-one discussion for QRO Mag. He exuded intelligence, kindness, and a bit of wonder at his career trajectory. After a tough time, during the Pandemic, he has emerged with a sense of purpose – happy with his music, and full of gratitude for his accomplishments. He’s a man who’s paid his dues – and he is ready to soar.

QRO: I sensed real “joy” in your performance. It really comes across on stage. Where does that joy and energy come from? Especially since your latest Album, In Plain Sight is more introspective and as I understand it, reflective of some recent difficult times?

Neal Francis: I am just so genuinely happy and grateful that I get to do this. I am 33 and I wasn’t always doing this. I was a working musician, a jobbing musician in Chicago doing weddings and other gigs. It was all really fun, but it was a lot of hard work and a lot of long nights and it’s not always as fulfilling as playing your own music and to get to do this is really a dream that all musicians have and to be able to do that, not like clocking-in somewhere is amazing.

QRO: You play the keyboards with abandon. I understand you’ve been playing since the age of four and it doesn’t seem to have gotten old for you in any way. What make you love the instrument so much?

NF: I love the piano. I’ve always loved the piano because the entire range of the orchestra is at your fingertips. It’s really helped me with arranging and song writing you know, and it also just is an infinite number of sounds you can create with synthesizers and the clavinet.

I’ve always loved the piano because the entire range of the orchestra is at your fingertips.

QRO: You are based in Chicago, and I have read about your job, then later your stay – and eventually recording of your album in a potentially haunted church (St. Peters UCC) There’s a lot to unpack there. Tell me a bit about that (and In the Spirit of Halloween, what do you think made in haunted?)

NF: I didn’t see any apparitions and maybe it was my mindset at the time, but I just encountered a bizarre feeling every time I was going up a certain staircase in the church and it just a very surreal experience, all around. Just living there in this massive building, me, and the drummer (Collin O’Brien), and of course the groundskeeper, who lived in an apartment separate from the church, and encountering him was strange – in its own right – for reasons I won’t communicate publicly, but we’re working on the film.

QRO: I can’t wait to see it. I’ll definitely sign up for that!

You worked with Grammy Award winner Dave Fridmann (Flaming Lips, Spoon, Tame Impala) on In Plain Sight, in partnership with the producer of Changes, Sergio Rios, (Ceelo Green and Alicia keys). What did working with them bring to In Plain Sight?

NF: Sergio and I have a kinship that just is based on the music we listen to and appreciate. He’s about a decade older than me and has such as wealth of knowledge on the engineering side. We both love Cutty, funk and soul and psychedelic, rock – and all sorts of weird stuff, so the communication is very fluid, because we’re both fans of the same music, so I love working with him and we have a very similar sense of humor, as well, so it made it useful when we were doing the vocal overdubs over a period of twelve days, working ten hour days, because it was all to tape, and I’m not a very good singer.

QRO: I beg to differ.

NF: It was a leveling-up experience to do everything analog and rely on just the microphone and the tape machine.

QRO: In your last album, Changes, definitely had a New Orleans R&B vibe. As a matter of fact, BBC Radio 6 called you the reincarnation of Allen Toussaint. How do you feel about comparisons like that?

NF: I am flattered by that, but of course, Alan is to me one of the most important producers in American history – just an all-around genius, so I’d never pretend [to be him] but if I can glean something from his style, and its communicated in my music, then I’m proud of that, for sure.

QRO: Your aesthetic and music screams, “The Seventies.” You bring a fresh take on it, but as you’ve referenced, you easily move between funk, R&B, a little psychedelic. What draws you to that particular decade, musically?

NF: I’m in love with the style of production that was taking place [in that era]. The sound and the sonic quality of those records is really something I’ve always been a fan of. My Dad had an extensive record collection and was always playing music. I love the “warmth” – it’s the most common word people use to describe the sound of the drums, kind of earthy and hits me in the brainstem in a certain way. It just feels really good to listen to.

I’m in love with the style of production that was taking place [in the ’70s].

QRO: You have a fantastic line up of talented musicians, Kellen Boersma, (guitar) Mike Starr (bass) and Collin O’Brien on drums. Not everyone in this line-up worked with you on Changes (Starr was with you). What is it like working with these guys and how do they help you create your sound?

NF: I think we all get along on a personal level. It’s just a great “hang” being with those guys, and I’ve known them all for years. Mike and I were in a band before (The Herd), and Collin and I have known each other for over ten years, playing in various bands in the Little Chicago scene. Kellen and I used to work at Chicago Electric Piano Company restoring Rhodes and Wurlitzer pianos, and Kellen is just an all-around genius of mechanics, and obviously, music. I’m just so grateful for those guys because we dig a lot of the same stuff, and then everyone has their different stuff they listen to and bring to the table as well. I couldn’t ask for a better group of guys.

QRO: The future certainly looks bright for you. What’s next?

NF: We’re touring for the rest of the year, extensively, with Jack (Karnatz), our fearless tour manager (a legend in the making, we always say), then next year, we have our own headlining tour of the West Coast, culminating in a run down into Chicago, my hometown. Then, we’ll be playing in Mexico with Wilco, then flying to Europe from there, which sort of resembles what we had before the pandemic hit – but this is poised to be even sweeter, because we have the support of ATO Records. We’ve really leveled-up as a band!