NEEDTOBREATHE – Rivers In the Wasteland

Many may not know it, but it’s been quite a long, hard road for South Carolina’s NEEDTOBREATHE.... 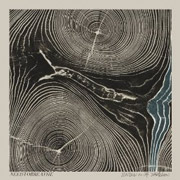 Many may not know it, but it’s been quite a long, hard road for South Carolina’s NEEDTOBREATHE. We last heard from them in 2011 when they released the grandiose The Reckoning (QRO review). Since then their founding drummer Joe Stillwell left the band, at which point they called into question whether or not they even wanted to keep going. As you may have guessed, with the release of their fifth album Rivers In the Wasteland, they have decided to soldier on.

Click here for photos of NEEDTOBREATHE at 2014 Hangout Music Festival in Gulf Shores, AL in the QRO Concert Photo Gallery

Click here for photos of NEEDTOBREATHE at Murat Egyptian Room in Indianapolis, IN on April 17th, 2013 in the QRO Concert Photo Gallery

Click here for photos of NEEDTOBREATHE at Murat Egyptian Room on April 12th, 2012 in the QRO Concert Photo Gallery

Click here for photos of NEEDTOBREATHE at Frank Erwin Center in Austin, TX on October 26th, 2011 in the QRO Concert Photo Gallery

Right off the bat, you will notice that this record is not as big sounding as the aforementioned The Reckoning nor 2009’s The Outsiders that came before it. Rivers In the Wasteland is a more stripped-down guitar, bass, and drums release. There is the mostly solo acoustic opening track “The Wasteland”, or the stripped down “Difference Maker”. There are a couple bigger songs on the record in the lead single “The Heart” and the catchy and soulful “Brother”.

There are also a lot more overt statements of faith in this record as well. Songs like “Multiplied” directly call out to the “God of mercy,” and “Difference Maker” talks about being, “the friendliest of friends of God.”

Every band’s catalogue needs a release like this one. It might not be their best album and it might even isolate a lot of listeners, but you can tell that it was personally important for the band members to make. They weren’t going for commercial appeal this time around; they made it for themselves and you can hear the passion in each of the songs.