It’s been a long five years since Neko Case’s last record, and we’ve never needed her back more.... 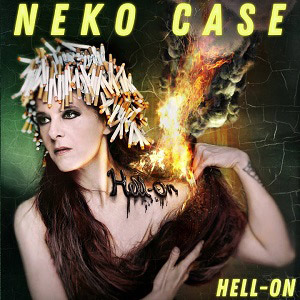 It’s been a long five years since Neko Case’s last record, The Worse Things Get, the Harder I Fight, the Harder I Fight, the More I Love You (QRO review), and we’ve never needed her back more. A feminist alt-rock icon since well before #MeToo or pussy hats, her mix of self-deprecation and stand-her-ground emotion has made her a beloved figure in indie-dom. It’s great to have her back on the strong Hell-On.

Hell-On has Case’s signature sonic moves, from a conversational take on God in the title track to a killer pop-country wry anthem with “Bad Luck”. “Halls of Sarah” plays tribute to the women on which Hollywood was built, while “Sleep All Summer” is a compelling duet with her gravel-voiced keyboardist Eric Bachmann. Case does meander at times (and it’s almost unfairly distracting for her to mention not wearing underwear on “Oracle of the Maritimes”…), but she’s never not charming.

With her rare records and beloved status, each Neko Case release has high expectations – that she once again blows right past.