Neko Case commented, “Holy cow this is a nice theater – so nice of UT to build it for us to play here!”... 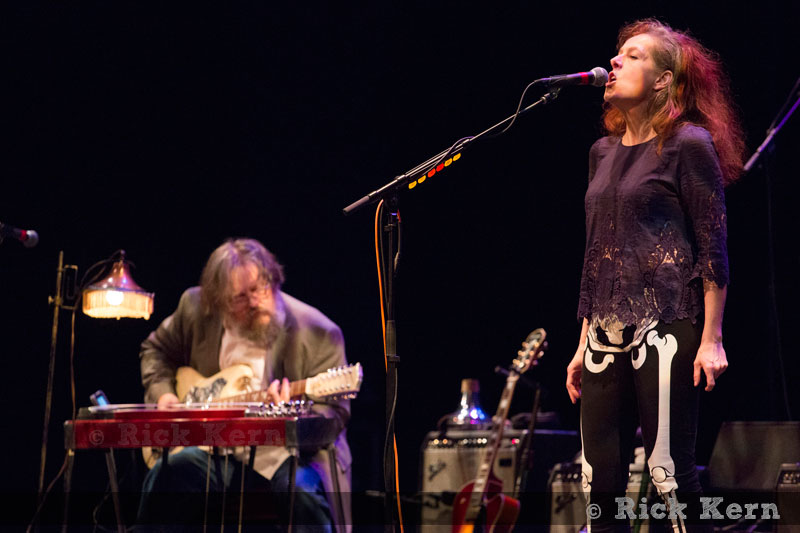 Bass Concert Hall in Austin, on the University of Texas campus, with the iconic Tower just a few blocks away, is a gorgeous venue with beautiful wood that rivals nice opera houses.  It’s the Texas Performing Arts flagship theater and is dedicated to University based arts.  Built in 1981, it boasts one of the top spaces in the country.  The stage is massive, which makes it tricky for photographers, but fantastic for performances and performers.  On Saturday, January 25th, Neko Case commented, “Holy cow this is a nice theater – so nice of UT to build it for us to play here!”

There were lots of beards and Sam Beam lookalikes (of Iron & Wine, opening that night and with his dad – QRO photos); Hollywood hipsters and VIPs made it seem more like an LA event.  There were celebs and anyone who’s anyone in the Austin arts and music scene and local KUT/PBS names.  Since KUT split into two stations last year for programming reasons, this event marked the one-year anniversary of KUTX with a focus on music that matters.  Case later said she was glad to, “Get a job at a birthday party where I don’t have to jump out of a cake!”

Just off recent Austin gigs that included ACL Music Festival (QRO recap) and a show taping for Season 39 of Austin City Limits (QRO Music on Late Night TV), Case seemed to be more like a local than a guest in this great town.  “I’m showcasing my Austin tambourine that I got at the Hispanic Art Museum. [crowd cheers] This is what we spend our millions on.  Yeah, millions…”  “I love you Texas!  You’re so rowdy, so brawny,” sparked after a guy yelled from the crowd.  She definitely felt comfortable here, like she knew and loved Austin – and not too different from her hometown of Seattle.

Acting more like a cute, likeable kid at times, and not her actual age, having fun and cracking jokes, Case was the life of the party.  She posed and bowed and did ballerina­esque graceful twirls.  Appearing in a fun, casual and comedic outfit, black skeleton pants (which she said was leftover from her Halloween costume), she seemed more like a fun-loving 20-something rather than a 40-something.  It was a contrast to the deep, dark songs, recently fueled by profound losses.  Authentic lyrics combined a beautiful mix of energetic numbers right into a deep sultry one, followed by a slightly depressing piece, then back to high energy, true rock.  Don’t even try to box her into a genre.  She might hate this, but at times the sound resembled Indigo Girls voices, and other times, Johnny Cash rockabilly.  Or is it folk, blues, or gospel?  Or country?

The sold-out show in the massive space seemed more like an intimate night in a small venue.  The stage was simple, with a large funky backdrop, reminiscent of old school velvet paintings, mostly black with large snakes, and seemed to change colors throughout the show.  While her band was interesting, as evidenced by short stories, like Joe Rauhouse’s rented trombone and the one about him starting all the songs now like the puppet master, making the rest of them all feel like they have strings that he controls, as they wait for his nod.  Not the drummer, or the string bass, or the myriad of instruments, or her backup singer’s bright red rain boots, the audience was mesmerized by her.  Watching her curtsy and dance, listening to her soulful sounds with eyes closed, the audience seemed glued to her.  Transformed by her.

Performing “Hold On, Hold On”, “The most tender place in my heart is for strangers” showed why she has had such a rock solid fan base all these years, lyrics that are deep and heartfelt.  She felt more like a friend than award-winning performer.  She played from her new album, up for two Grammys, The Worse Things Get, The Harder I Fight, The Harder I Fight, The More I Love You (QRO review) – very unique album title for sure, surely surpassing the Twitter character allocation.  Obviously known for her voice and songwriting, with her long red hair and beautiful face and smile, she could easily be a Hollywood actress, but Case probably lives simply on her Vermont farm.

With her white electric guitar, playing “Calling Cards” from the new record, with lyrics, “Really something worth waiting for / Blah blah blah… / They talk about, oh oh,” Case’s melodies brought back to another time and place, so very romantic.  Her lyrics are also somewhat sarcastic, yet nostalgic at the same time.

With her graceful and grateful demeanor, Neko Case thanked KUT for being a radio station that’s so great and loving and loyal to all bands.  She bowed again. 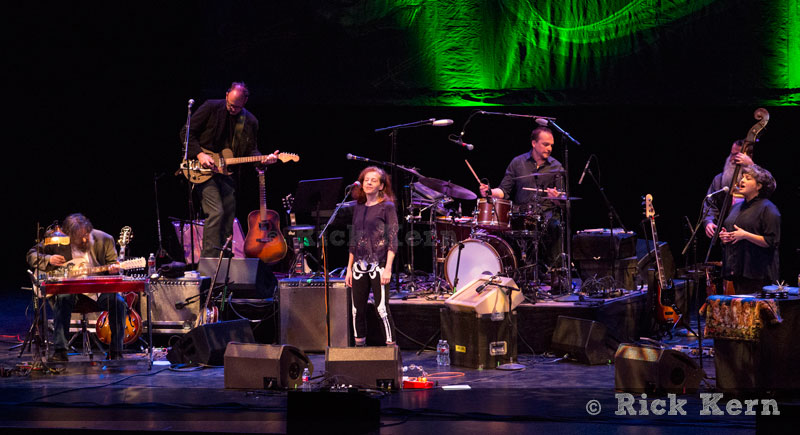