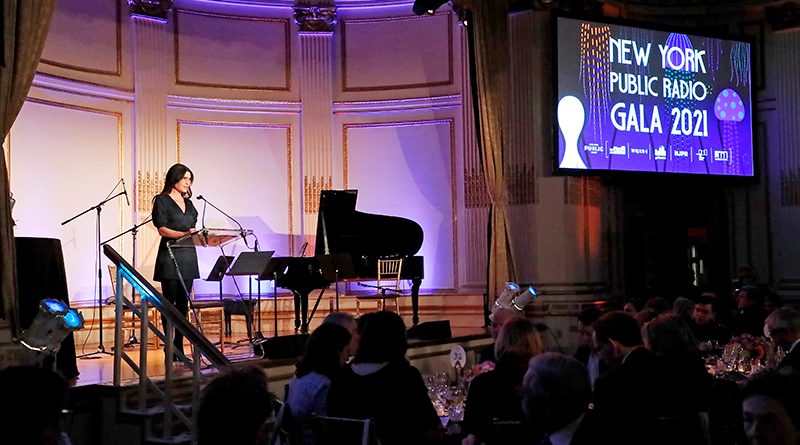 Those in attendance this night included the night’s host, actress Julianna Margulies (The Morning Show, The Good Wife, E.R.), famed public radio host Ira Glass (This American Life), and musician Kishi Bashi, along with everybody in the Big Apple’s public radio world. There were even people from WNYC-owned website Gothamist.

Yes, the event was classy, with top-shelf open bar and hors d’oeuvres. And yes, the crowd was older, but not as old as you might expect, an age range reaching to people younger than you that are more accomplished (and make you glad that there’s older people there). The opening cocktail hour was concluded by the High and Mighty Brass Band playing Jay-Z’s “New York” and other songs through the crowd.

[note: your correspondent was only there for the cocktail hour, trying his best not to be a George Costanza, horning in on the hors d’oeuvres, so didn’t get to attend the seated dinner or see the performances by Kishi Bashi and WQXR’s Artist Propulsion Lab]