Newport Folk Fest '15 closed out with a fiftieth anniversary tribute to its most famous moment - when Dylan went electric....

Love was in the air for the final day of the 2015 Newport Folk Festival. Two great days of music and surprises led up to a Sunday that included a headlining set for the 50th anniversary of Dylan going electric. Who would be on stage for the performance and how would the festival honor such a pivotal moment in music history? Let’s find out. 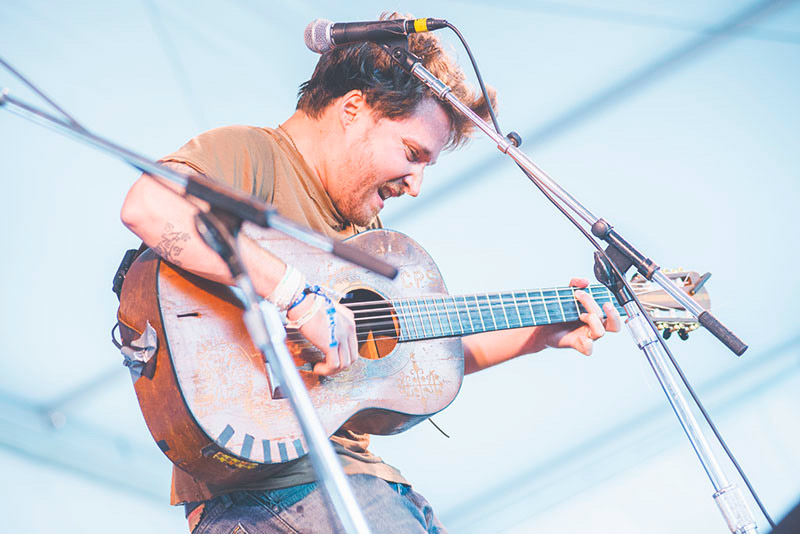 Christopher Paul Stelling stole the show and it wasn’t even noon by the time he ended his set. He was overwhelmed by the history and legacy of Newport, but that didn’t stop him from stomping and wailing to create a joyous ruckus. Mix in some politics and jokes about Bob and he easily won the crowd. He had quite the audience watching at the Harbor Stage and even pulled off a nice trick of intricately picking his guitar behind his back while singing to wrap up a song. The songs were great, but the encore was something special: Stelling got on his knee and proposed to his girlfriend and singer Julia Christgau. 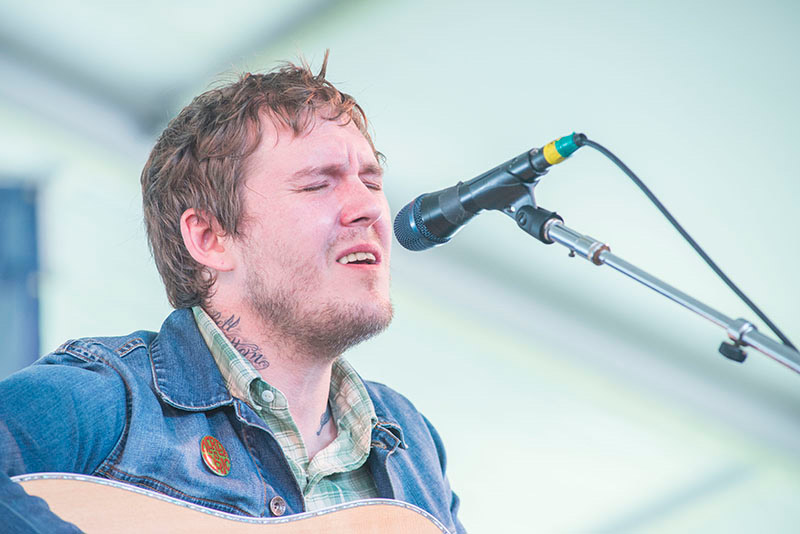 Much like the other two days, Newport kept it lively to start Sunday. Gospel reigned supreme at the Harbor Stage as the five women of the Jones Family Singers – later joined by a reverend – had everyone feeling something. The lead singer had instant command of the crowd as they rocked, roll, clapped and made everyone feel good from their head to their toes. Brian Fallon brought his solo act to the Quad Stage. The Gaslight Anthem frontman was having fun while delivering some earnest songs. Fallon’s rasp lends itself perfectly to his blue-collar music and storytelling. 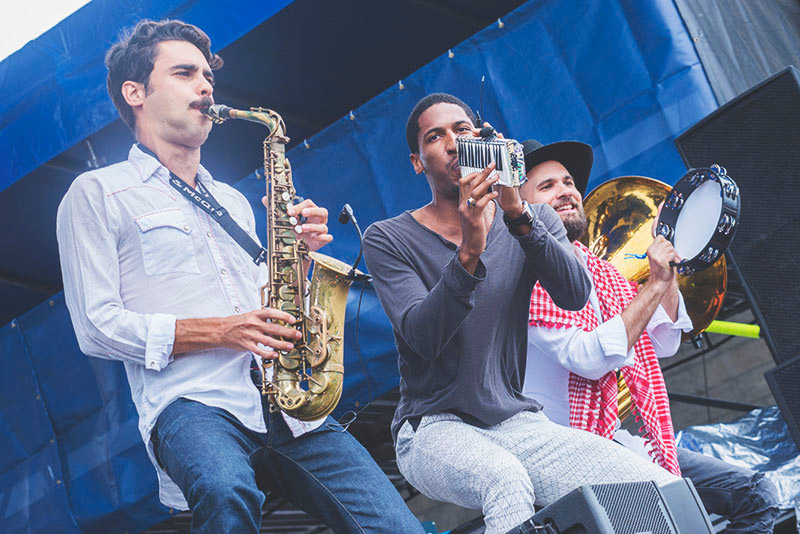 Jon Batiste & Stay Human will soon become a late night fixture on Late Show with Stephen Colbert, but it’s great seeing them at their best. Batiste is just so wildly inventive and creative that the arrangements are full of wonderful surprises. Batiste is a whirling music making machine. There was a simple rendition of “Blackbird”, while other highlights included “Home On the Range” and an incredible version of “If You’re Happy And You Know It” that had everyone clapping and participating.

Nathaniel Rateliff & The Nightsweats was another soulful act getting Newport worked up. The Sunday set was lively and full of dance circles popping up and strangers getting to know one another for a song. There was a bit of a soul invasion and it’s the best way to close out the last day of the festival with spirit, shouts and cutting loose. 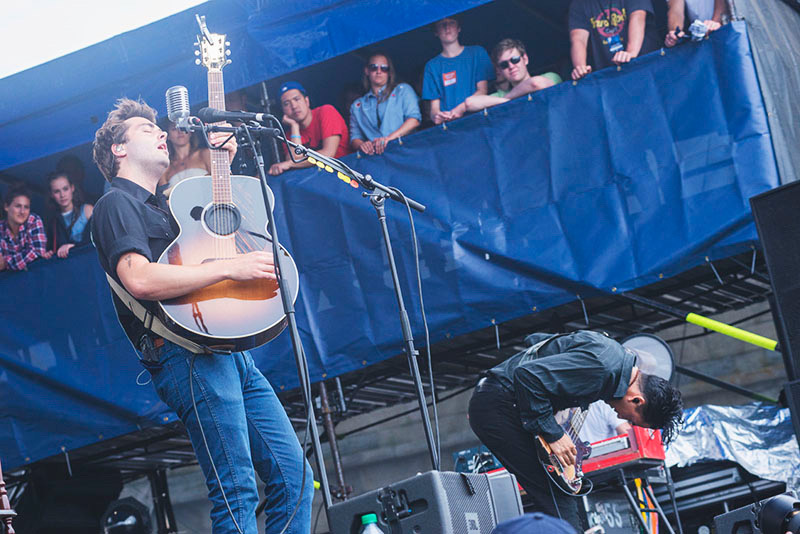 Lord Huron on the Fort Stage brought some of the folk back to the forefront and their massive songs were perfect fit for the big crowd. While more of a traditional folk group, it’s great to hear a bit of surf influence in a few of their songs along with those sci-fi intros played between songs.

The Felice Brothers at the Quad Stage continued the trend of energetic acts working up a sweat. The rollicking barroom folk was perfect for shout-a-longs. 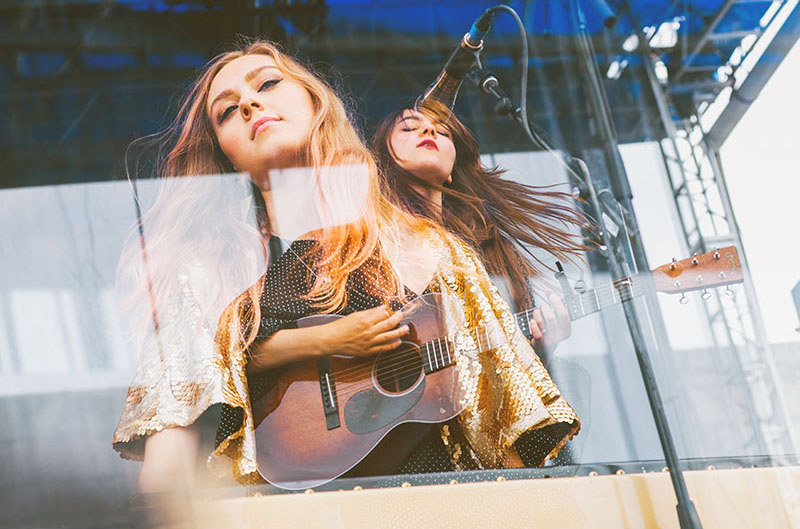 I wouldn’t call First Aid Kit’s set on the Fort Stage a disappointment, but it was easy to see that something was missing. Joanna Söderberg lost her voice and that meant a lack of beautiful harmonies between her and her sister Klara. The Swedish siblings make sad sound so beautiful, and show how folk can be translated and interpreted across the globe. They even have a great cover of “War Machine” by Black Sabbath in their arsenal, so what’s not to love?

Laura Marling was another example of folk transformed. She’s a singer songwriter, but her style breaks tradition because full of fire, passionate and fiercely strong. Marling refuses to give an inch or yield any ground she’s won. It’s surprising that it took so long to get her to Newport, but she’s here and heralding a new era in folk 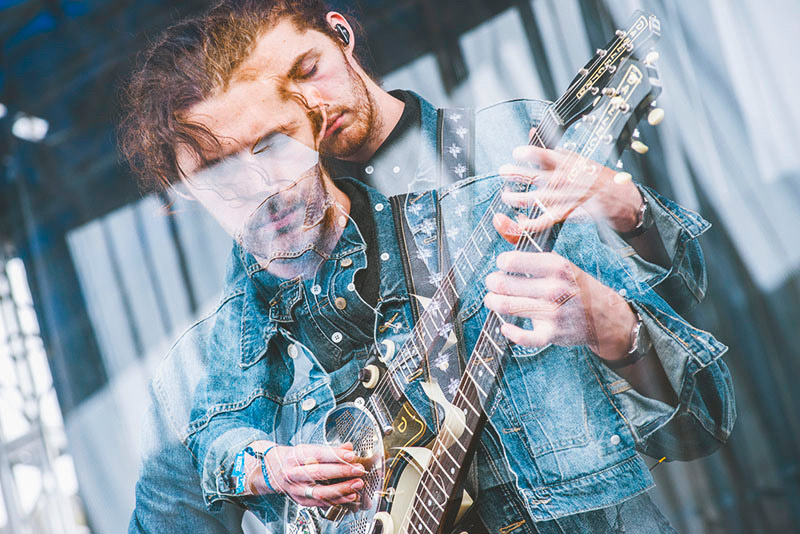 Hozier has gained a bit of popularity since he played an early afternoon set at the Harbor Stage last year. Backed by female singers, it was a spiritual experience before he took anyone to church. His voice just soars across the bay and the touring time and spotlight has also made him a more confident performer and he can rip on the guitar. Hozier is one of those acts that are better in the wild, as the studio can be too mixed and too perfect, whereas live he can dictate the emotion and reach those heights with his voice

Shakey Graves closed out the Harbor Stage on Sunday. With a full band, his songs have even more impact and the added musicians let him experiment and explore new frontiers in his music. Each song had extended intros that were expansive and it was a bit of an unexpected set as the recorded songs were more of a suggestion that were open to his interpretation. 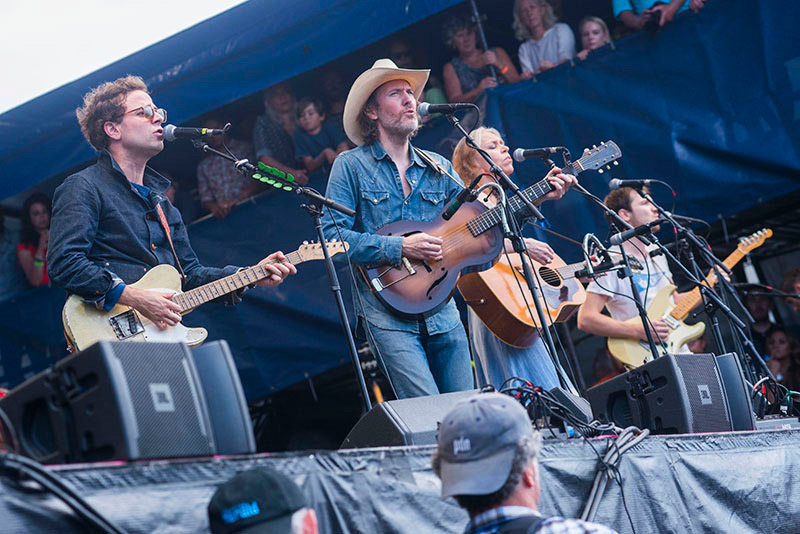 After two days of surprises, what would Newport pull out for ’65 Revisited? Despite all the rumors of maybe Neil Young or Eric Clapton or some other massive name, it turned out to be a smaller, but still impressive affair. Bob Dylan’s guitar used in 1965, Gillian Welch, David Rawlings, Dawes, Deer Tick, The Preservation Jazz Hall Band, Al Cooper, Hozier, Klara Söderberg from First Aid Kit, Blake Mills, Robyn Hitchcock and pretty much everyone else playing Sunday by the time the set was over appeared on stage. There were covers of “Tambourine Man”, “It’s All Over Now, Baby Blue” and “Like a Rolling Stone” during the celebratory set. The stage was packed to the brim with musicians for the boisterous and amazing “Rainy Day Women # 12 & 35”. Some may be more disappointed that there were no huge surprises, but Newport has earned our trust and we’ll be eagerly anticipating more unannounced sets in the future. 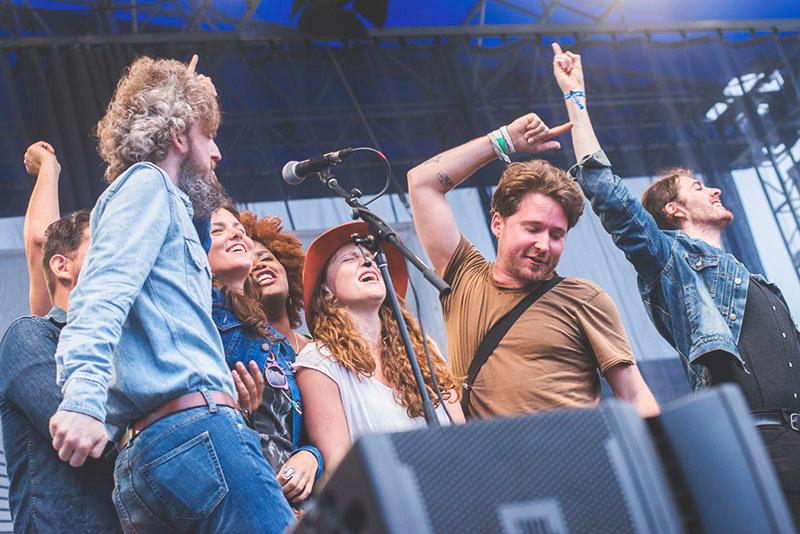