It was a big Saturday at Newport Folk Fest....

The Suffers started the day at the Fort Stage and the Houston act was holding court with their soulful tunes. Belting out big songs was a nice introduction to the band and was perfect music to sway, dance or just settle in and find your friends. Like Friday’s opening acts before them and Sunday’s acts to come, The Suffers made a point to be noticed. They took the opportunity to perform in front of a crowd of music lovers and seized every minute of it. 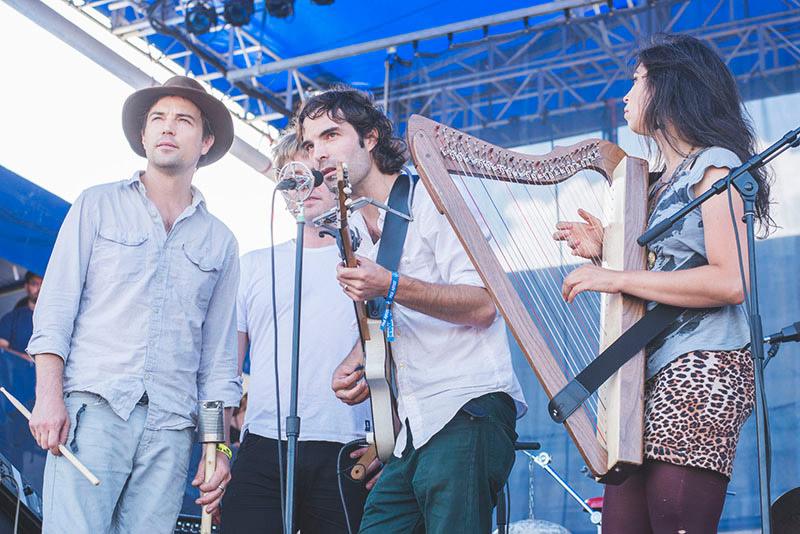 The Barr Brothers had harmonies and a harp – what’s not to love? The band took a little time to set up, but quickly made up for the minor delay. Their voices were smooth and soared over the eclectic arrangements. The band was yet another example of the diversity of folk. Watching them use instruments in unexpected ways or switch styles on the fly, there was as much joy watching them as it was hearing them perform. There was even a lovely story of the Barr Brothers’ parents sneaking into Newport to see Arlo Guthrie on their first date. 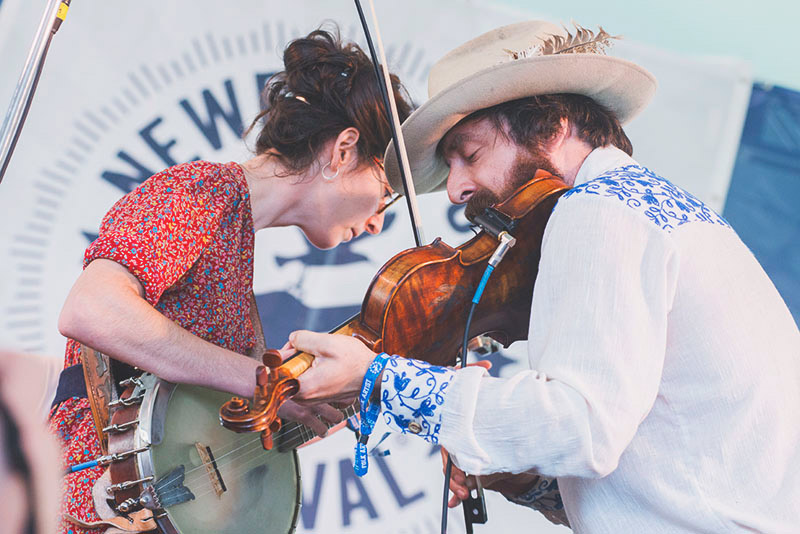 There was a huge crowd early for Madisen Ward & The Mama Bear. It was great watching mother and son strumming guitars and trading verses. The unassuming duo had a stripped down performance of classic sounding songs that crossed generations.

Bela Fleck & Abigail Washburn was a master class of a set. The two superstars are banjo legends and you’ll gain a new appreciation for the instrument after listening to them. The husband and wife are perfectly in sync. Their new album was long overdue and the first time they ever worked together. The set had detours through the Appalachians and even the mountains of China, the latter song saw Washburn singing in fluent Mandarin. The husband-and-wife duo could also have a career as comedians with the fun “dad humor” and awkward hilarity that could only come from two people who share lives. 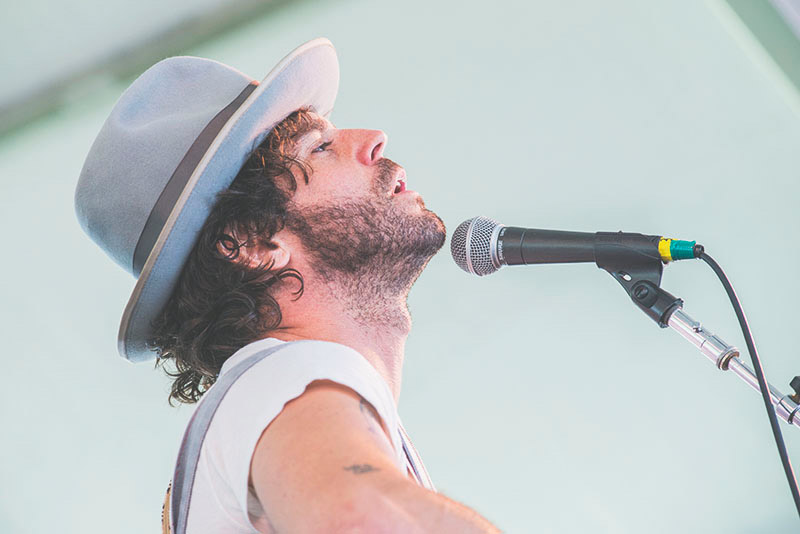 Langhorne Slim’s punk folk set at the Quad Stage was filled with heartfelt and earnest lyrics. Never afraid to mix things up, Slim set is spirited fun and the large afternoon crowd was bouncing and stomping along to his songs. 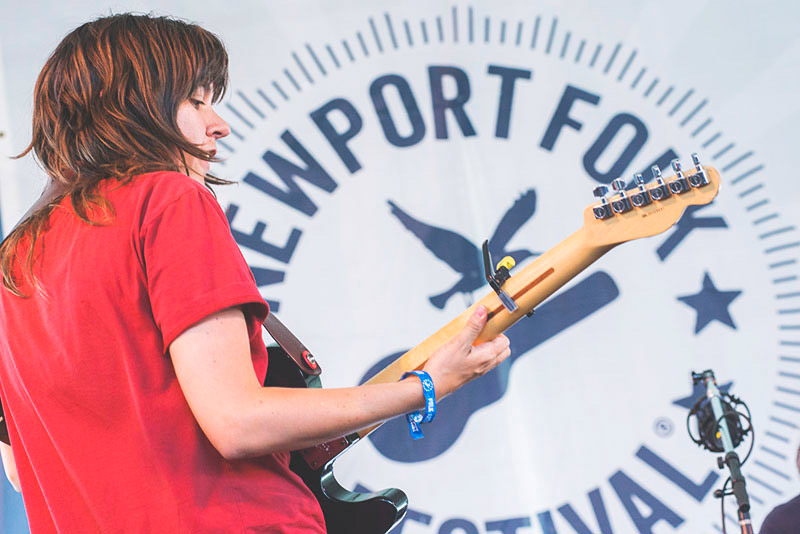 Even an Australian can be right at home at Newport. Courtney Barnett’s punky charm won over the crowd and the folk was hard to find in her set. It’s more about the spirit of her lyrics, her storytelling and easily characterized a place in time or location that makes her a good fit for Newport. 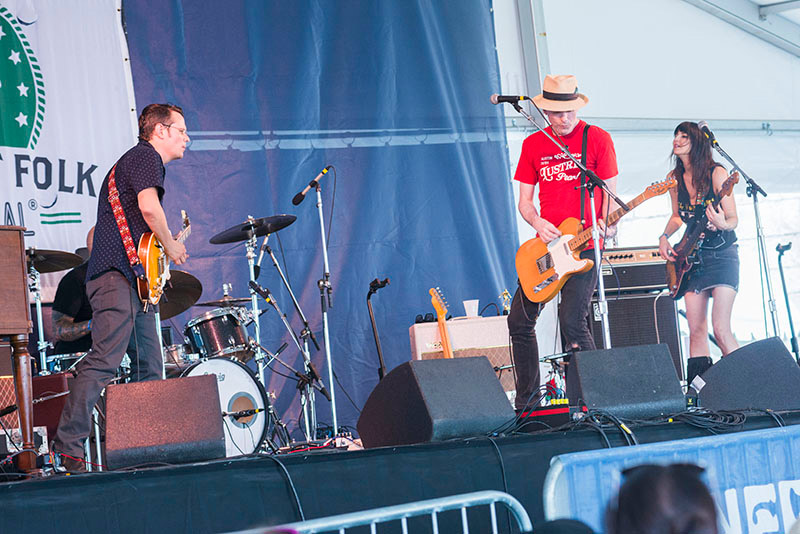 Saturday’s surprise was less of a mystery. The Boston Globe had the scoop on Wednesday, but that didn’t dampen the excitement. Where else but Newport could James Taylor play a surprise set? Taylor was invited back after the moon landing cut his set short in 1969 (!). There were some technical issues that delayed the set and led to some massive feedback on three different occasions. Backed with a new #1 album, the set included classics like “Carolina on My Mind” and “Fire and Rain” and wonderful tales of meeting The Beatles and Carole King.

The technical problems that plagued Taylor’s performance also delayed the start of Sufjan Stevens’ Fort Stage set. Each song was beautiful and dramatic. The big concepts and heady songs were a huge hit as Stevens breathed life into lyrical tales of sadness, woe and joy. The songs were lush, huge and incredibly powerful. The arrangements made songs about death sound heavenly. 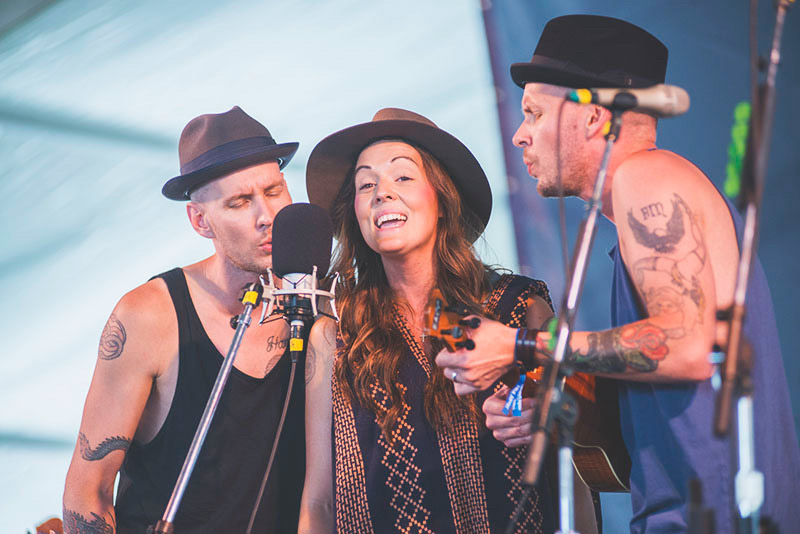 Brandi Carlile closed out the Quad Stage and her set was just raw and emotional. Her ragged voice isn’t afraid to crack or buckle under the weight of what she’s feeling. Those emotional moments are punctuated by more rollicking numbers that you can dance to.

The Decemberists and their world-building skill closed out Saturday at the Fort Stage. The band is no stranger to headlining the festival and the four years has served the band well. They took a bit of break after their last proper tour in 2011, but The Decemberists were back swinging with a global tour during the first half of 2015.

For any listener who loves a great narrative to their music, look no further. Each of the songs is poetic and live in their own rich, diverse words. You can imagine the different areas songs like “Cavalry Captain” or “16 Military Wives” inhabit. They are big, bold chapters in a large, wonderful tome.

While it may seem like the heady world of The Decemberists would be a bit too serious, you would be way wrong. The fans were wildly in love with the clever wordplay and hidden meanings to the songs while Colin Meloy had fun singing “Hank eat your oatmeal” as an intro.

Despite being the headliner, The Decemberists had to compete with a surprise set from James Taylor, a great seat from Sufjan Stevens, the surprise of My Morning Jacket and that Roger Waters set. It was daunting, but they did their best and had fun acting out “The Mariner’s Revenge Song” complete with cardboard whale. As a proper send off, The Decemberists had a bunch of acts, including Lucius – the hardest working musicians at Newport – and Brandi Carlile for a cover of “This Land Is Your Land” by Woody Guthrie.