For an artist whose immersion in the biblical is second to none and whose focus on sin and redemption is almost obsessive, it is perhaps more than apt that... 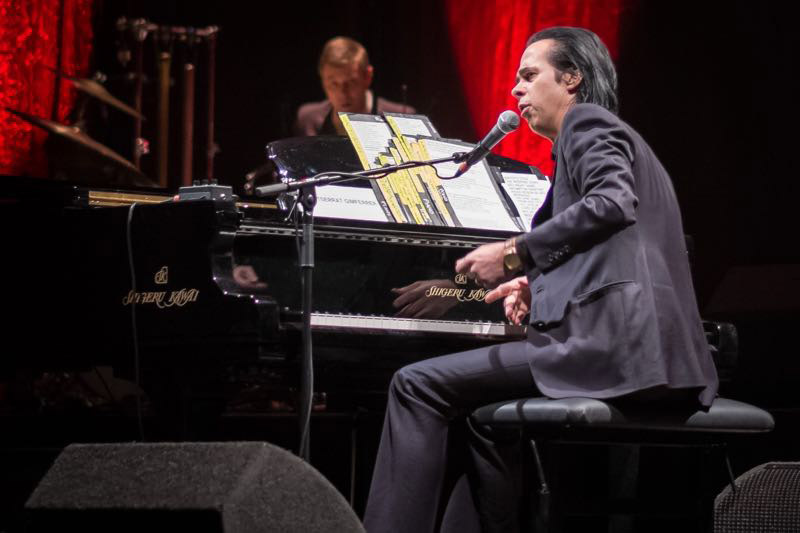 For an artist whose immersion in the biblical is second to none and whose focus on sin and redemption is almost obsessive, it is perhaps more than apt that Nick Cave has turned his art into the ultimate redemptive declaration. If the seven deadly sins are fused and extracted then the sum of the seven (lust, gluttony, wrath, envy, pride, sloth and greed) would be the singularity that is simply “waste”. The waste of a life’s opportunities and/or a given a talent and the abuse of such is the waste that Cave constantly confronts. The deity given talent to artists is constantly neglected and the genre of performing arts is littered with casualties resulting from narcotic indulgence and waning aspirations. Nick Cave in his many creative guises has confessed to his many sins and his redemption through his art is the total antithesis of a wasted career, and after 30 years on a constant upward trajectory he has produced not only genre-less music in abundance but film scores, books and a fledgling acting career, and yet still shows no sign of letting up.

The current European tour which spanned the full length and breadth of the continent was an instant sell out and on Thursday, 30th April he appeared with his current band at The Royal Concert Hall Nottingham, a two-and-a-half thousand all-seated venue that’s usual musical menu consisted of various philharmonic orchestra’s. The stage setting was akin to a French bordello or Elvis at Caesar’s Palace, which consisted of red drapes and subdued lighting with the musicians rooted to their allotted lecterns, allowing only the great man himself license to roam when the piano wasn’t being hammered into submission. Even the spindly Jesus-like Warren Ellis, with his amalgam of instrumental tools, was rooted to his stool throwing shapes almost akin to an epileptic milkmaid. 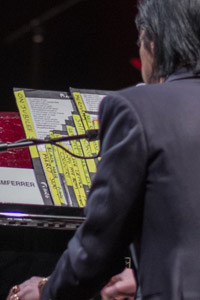 They opened with a mournful version of “Water’s Edge” from the last album (QRO review), with Cave using lyric sheets for guidance, which in itself caused no visible distraction from the intensity of the delivery. The opening bars of “The Weeping Song” were almost lost in a crescendo of noise as the crowd recognised the classic track, which immediately subsided to allow a slower brooding version of the song to resonate around the cavernous theatre. Other such classics as “Red Right Hand” and especially “Mercy Seat” brought the same response, but it was the newer pieces such as the momentous “Higgs Boson Blues”, which combined lyrics as diverse as “sub-atomic particles / Robert Johnson with a ten dollar guitar and Hannah Montana” in a strung out blues dreamscape, that really is a fitting description of where the band are currently artistically at, with the rhythm section of Thomas Wydler drums and Martin Casey bass being the ultimate exponents of their craft with a pin sharp minimalistic precision. 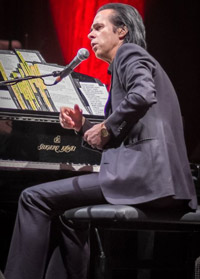 “Jubilee Street” closed the set, but another audience eruption quickly galvanised their return for an eight song encore that finished with Cave’s mantra from the title track of the last album, “If you got everything and you don’t want no more / You’ve got to just keep on pushing / Keep on pushing / Push the sky away”. The only sin that was committed during the evening was a breaching of the venue’s curfew time due to the length of the set, but with his own self-fulfilling creative path to redemption the next artistic release will be his own bunch of Hail Mary’s. 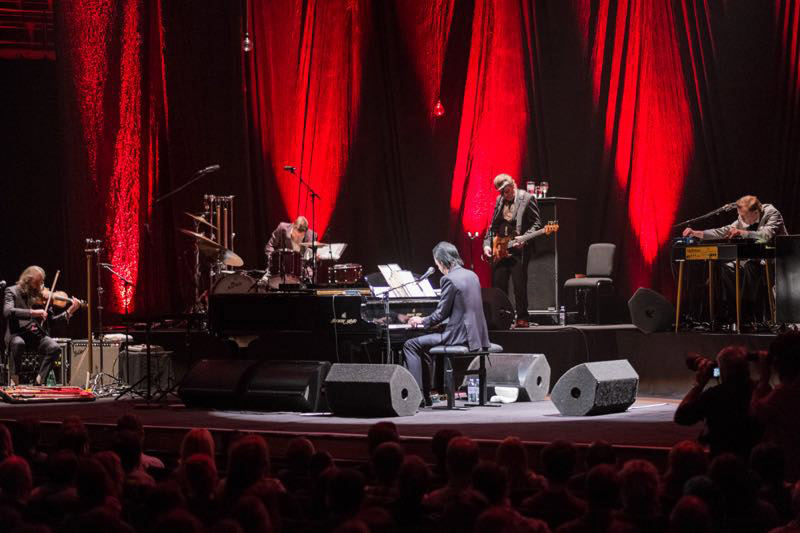