“We’re gonna play forty minutes of songs about being sad…”... 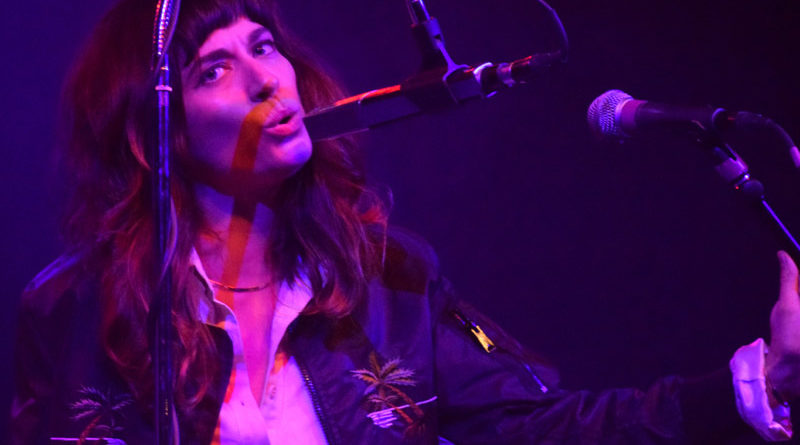 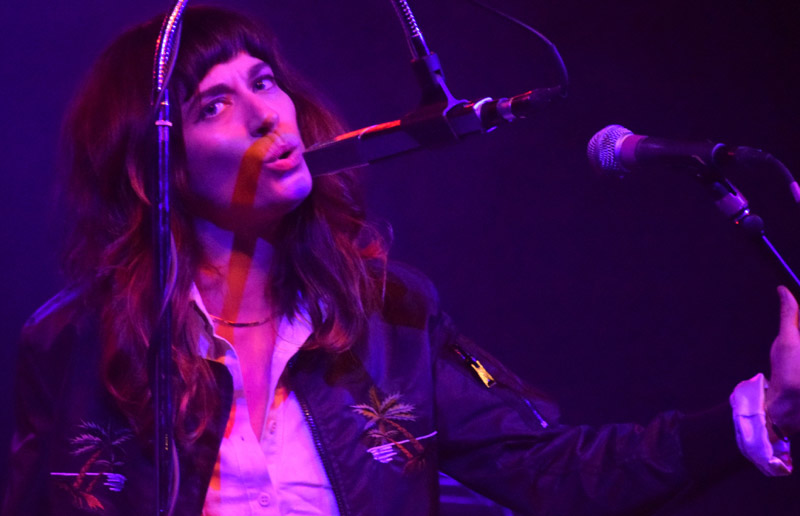 “We’re gonna play forty minutes of songs about being sad…” With that introduction, Nicole Atkins began her set at New York’s Irving Plaza (QRO venue review) on Saturday, May 6th. Atkins was there opening for Old 97s (and later performed with them on-stage – QRO photos), who are touring their new record Graveyard Whistling (QRO review), but for her opening set, Atkins focused almost entirely on her own upcoming album, Goodnight, Rhonda Lee. 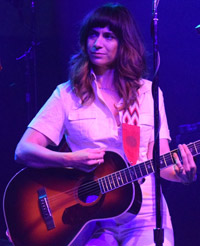 Atkins did begin her set with two older songs, “The Way It Is” and “Cry Cry Cry” from Neptune City (QRO review) and Mondo Amore (QRO review), respectively, but from then on it was Rhonda (almost). While in general, openers are unfamiliar to crowds there for the headliner, Atkins is a local to NYC, being from Neptune City, New Jersey (of course she moved to Brooklyn long ago, and of course she moved to Nashville more recently), and the audience seemed very open to her, including the new songs.

She started the new numbers with “Brokedown Love”, which she said was “not the Fraggle Rock theme song,” though the bass line to the blues-woman girl power piece felt more like a slow version of the backing line to Salt-N-Pepa’s “Shoop”. The blues-woman continued with the more laid-back “Darkness Falls So Quiet” and soon-to-be-single (Atkins actually described it as “soon to be on the radio” – so quaint…) call to action/senses “Listen Up”. After that, the shift was to more of a torch-croon on new songs “A Little Crazy” (co-written with Chris Isaak), “A Night of Serious Drinking” (“This is a song about fuckin’ up a relationship because you drank too much. I wrote this for a friend…”), and the particularly sad lament “Dream Without Pain”. 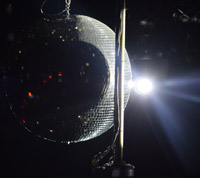 The new tracks ended with Rhonda’s country-twang wink title track (“My parents, when I would get too drunk, would call me “Rhonda Lee.” A.k.a., “We’re having dinner tonight, don’t bring Rhonda Lee…”). But that was not quite Goodnight, for Atkins stayed on stage solo to cover Roy Orbison’s classic “Crying”. Indeed, she made it special by asking for the disco ball to be deployed, with a slow turn like in the good ol’ days. 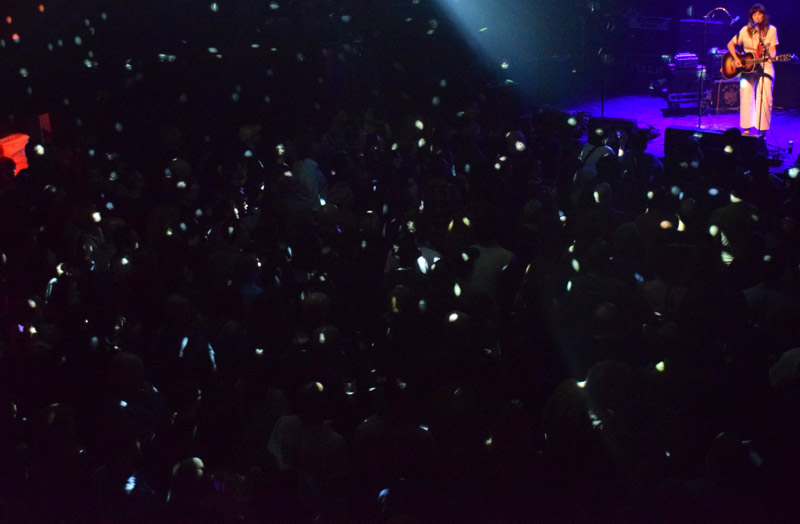 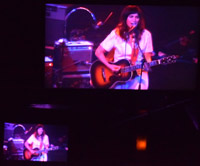 Atkins had numerous jokes, and not just about her songs & drinking. She said that she couldn’t afford to bring her bassist & drummer on this tour, so “this” – her tambourine – was “happening,” adding that after the show she’d been in nearby Union Square for a drum circle. She mentioned seeing herself on one of Irving Plaza’s TV screens and noting her bad posture. She remarked on how she should open for dubstep, since they’re about partying and she’s about what happens after the party, so she could, “Start the bar really, really low. So then when [electro-party act] comes on, it’ll be like, schoom!” She also described first meeting Old 97s frontman Rhett Miller, when they were cast in an Australian Christian-rock tribute band, The Seekers (or something…).

Goodnight, Rhonda Lee comes out July 21st, after a successful crowd-funding campaign (unfortunately, Atkins has had some troubles with labels trying to put a label on her). And hopefully she’ll be back to New York, in full, soon. 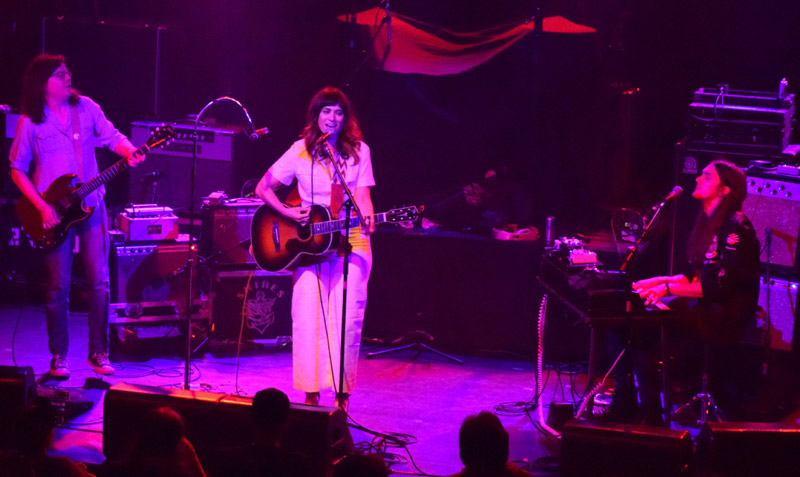