Nicole Atkins brought her 'Memphis Ice' & herself to a Moment House livestream.... 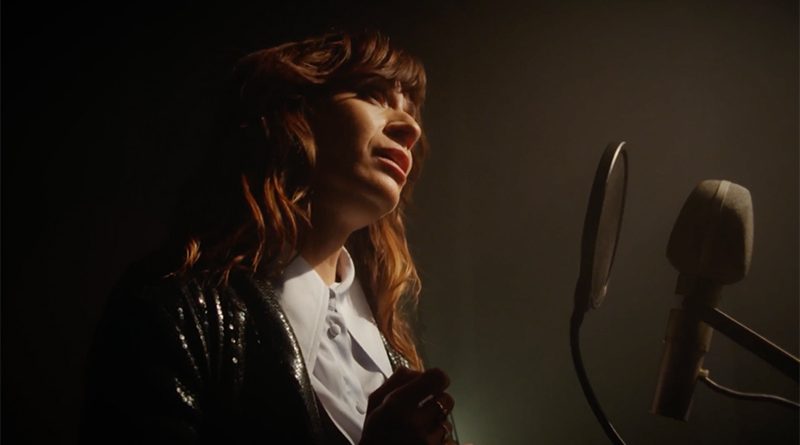 Among the umpteen things thrown off by the start of the pandemic last year were album releases, as all of a sudden, artists couldn’t tour, could only do press on their computers, and people weren’t really up for new music as the world was ending. But as the pandemic went on, records finally came out on new release dates, but still got a bit lost in it all, such as the great Italian Ice (QRO review) by Nicole Atkins, but the hard-working woman wasn’t daunted. She did a series of livestream events, built her ‘clubhouse’ on Patreon, and even finally got to go out on tour this year (QRO photos), with Spoon. And she reworked her Ice songs for piano & strings as Memphis Ice (QRO review), and did its own special livestream through Moment House platform on Friday, December 10th.

While not a ‘live’ livestream, this instead let the filmed performance be shot wonderfully – plus, Atkins herself was in chat! Unlike many ‘reworkings’ these days that are just glorified remixes/rehashes, Memphis Ice let Atkins go full chanteuse with a fully new spin on songs such as the soaring strings of “Captain”, or piano-sly “Mind Eraser” & “Domino”. “St. Dymphna” & “Forever” were full-on torch songs, while “Splinters” was the grand finale. Also, Atkins still brought her charming conversation with a few in-between spoken moments, where she told stories behind a few of the songs. There was how “St. Dymphna” was original “St. George”, and the connection between “Forever” and Spooner Oldham.

Admittedly, the whole thing was barely over a half-hour, less than the livestreams we’ve gotten used to over COVID – but there was a bonus VIP after-party that only cost like five bucks, so if you were gonna get a ticket for the livestream, might as well for the after-party (even her parents were in it!). That after-party was ‘live’ live, Atkins streaming from her phone at her place in Memphis with friends.

Atkins answered people’s questions, like how the performance was made (actually way more DIY than it looked), and why she did the new versions of most of Italian (and why she didn’t redo the likes of Italian’s “AM Gold”). She said that she would be on tour with this configuration when possible. She introduced her painting of Donna from Twin Peaks, and where she stores her wigs. She guessed last names of people in the chat, usually incorrectly. She told of introducing Brian Fallon of The Gaslight Anthem to The Boss, Bruce Springsteen, which should have blown New Jersey’s neo-Springsteen Fallon’s mind, and of packing her own Memphis Ice vinyl by inviting her friends over to help her pack while they watched The Beatles: Get Back. She even mentioned how the director listed never actually finished the film or paid her crew, so Atkins did it herself. And responded to your correspondent following up on the winners of the ‘dance contests’ she had while on tour with Spoon.

She also announced that she would be re-recording debut album Neptune City for its “Sweet Sixteen” anniversary – and played the title song, of her hometown in New Jersey, acoustic to close out the stream (after getting all her friends to leave the room).

We all had to hustle & reinvent during COVID, doing from home what we used to do out of the house, whether in the office or on stage. Nicole Atkins reinvented her music for the reinvented live(stream).