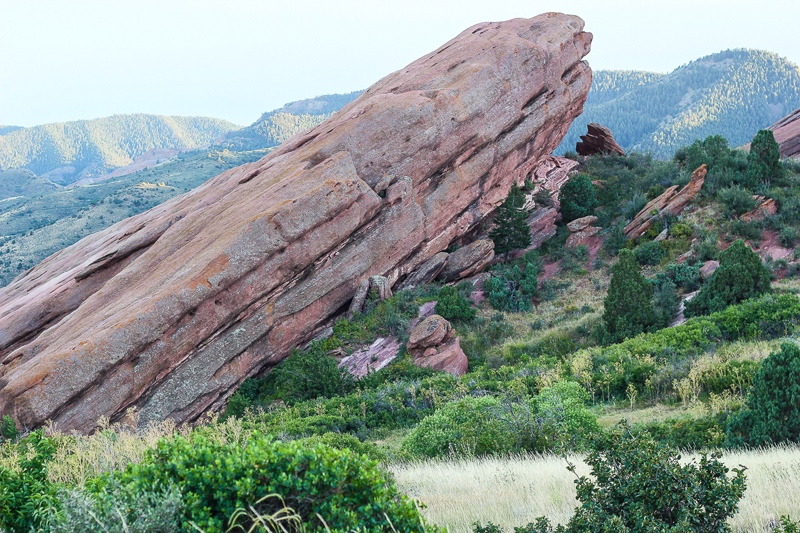 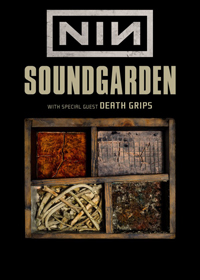 When Nine Inch Nails and Soundgarden came to Red Rock Amphitheater in Morrison, CO on July 21st, the biggest question of this tour/show is ‘Who’s the opener?” It’s a tough call with two epic headlining bands. Is anyone really opening for anyone? Both bands have die-hard fan bases and platinum success on their own with a huge social media following – NIN with almost four million likes on Facebook and Trent Reznor and Chris Cornell each having around two million followers on Twitter. The show was sold out for two nights and, for any SG or NIN fans, that’s no surprise since each band brings a loyal following from over 25 years of performing. Entertainment Weekly stated, “One of this summer’s biggest tours finds two rock titans sharing a single stage.” Chris Cornell had pointed out that Death Grips was actually the opener (or at least was scheduled to be, before they broke up – instead Oneohtrix Point Never opened the show), and although all three bands come from different genres, they thrive on the opportunity to share and crossover audiences and boundaries. I hear similarities in the music with lyrics that talk about ‘going to hell and back’ by both SG and NIN. Even more coincidental is that Reznor and Cornell are about the same age. Seattle’s Soundgarden just re-issued the infamous Superunknown in June, which, by the way, was already ten years into the group’s existence. Originally slated as ‘grunge’, ‘alternative metal’, and ‘independent rock’, the lines have always been blurred. Both Superunknown and Nine Inch Nails’ The Downward Spiral were released twenty years ago. Mind-boggling. 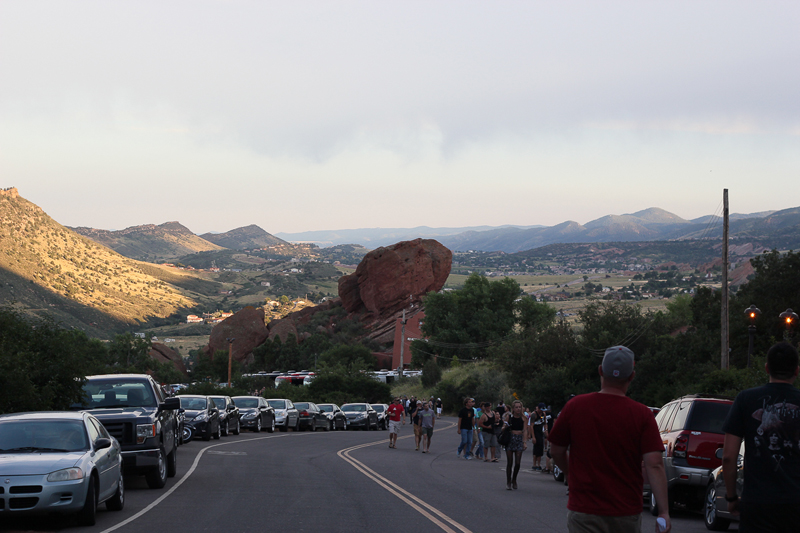 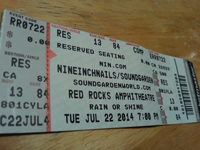 Red Rocks has to be the pinnacle (along with The Gorge Amphitheater which overlooks the Columbia River, and The Hollywood Bowl in LA) for venues with beautiful scenery, unique stages and prestigious performers – these are the big three for a concert photographer, in the U.S. at least. When I say pinnacle, it’s no lie, as the show comes with a free and steep hike up to the venue where you are greeted with steep steps up to the amphitheater, then a highly sloped rise to your seats, depending on if your seats are GA or reserved. 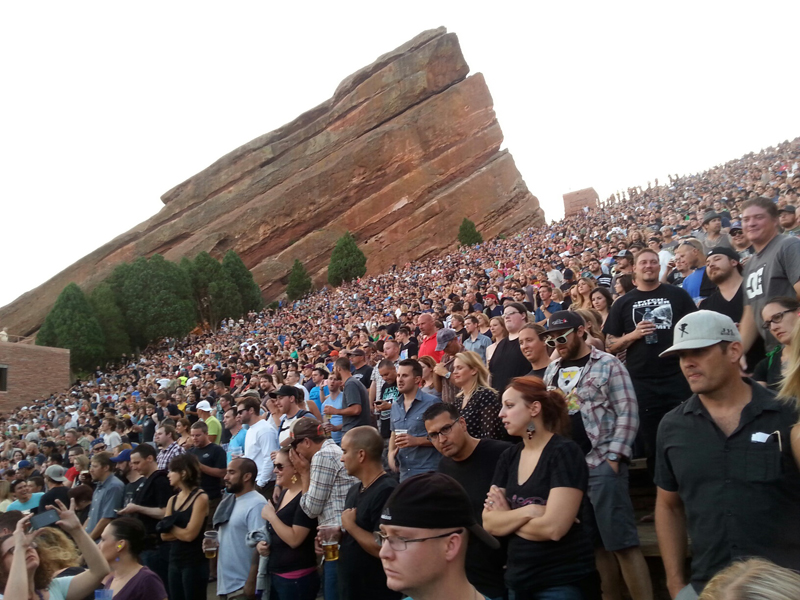 The show included great people watching – seriously cool cats including Jack Sparrow look-alikes, LA/Austin/Boulder hipsters, and plain old rock fans. Some may have missed the strange 7:00 PM start time (both bands were playing full sets) while the house filled up slowly as people were preparing (ahem, tailgating – Colorado is after all, one of the legalized marijuana states). It was truly funny that the security guards were more concerned about telling e-cig smokers they couldn’t smoke (although who really knows what’s in them?). People don’t really stay in their bleacher style seats, so I laughed when security asked me to take my seat since it was gone long ago! 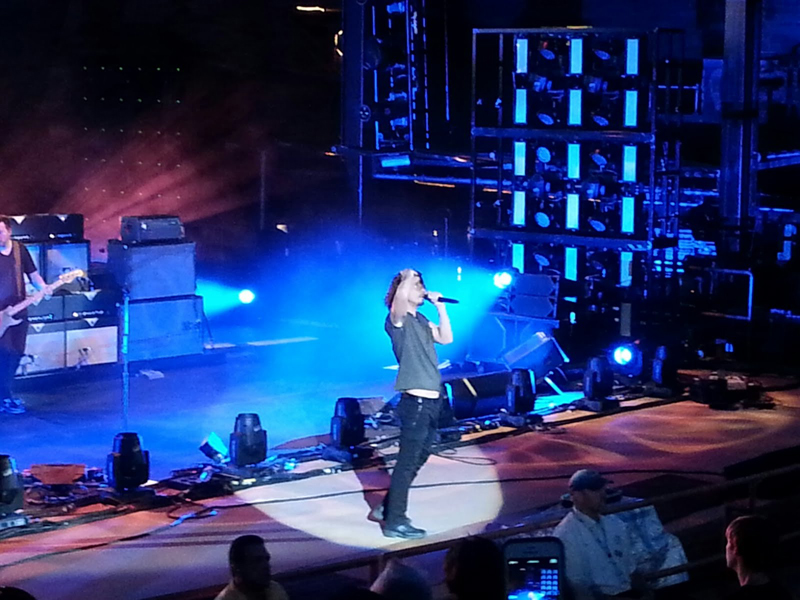 Click here for photos of Soundgarden at Austin360 Amphitheater in Austin, TX on August 14th, 2014 in the QRO Concert Photo Gallery

Click here for photos of Soundgarden at Webster Hall in New York, NY on June 2nd, 2014 in the QRO Concert Photo Gallery

Click here for photos of Soundgarden at Hammerstein Ballroom in New York, NY on January 22nd, 2013 in the QRO Concert Photo Gallery

Although diehard SG fans might be slightly disappointed that they didn’t play an encore, Chris Cornell did turn 50 the night before (but looks fitter than most 40-year-olds) and the set ended interestingly with a long guitar solo by Kim Thyil playing with his back to the house. I am continually impressed with Cornell’s clean voice, range, and energy on stage. “Black Hole Sun” still impresses every time, as do other “black” songs “Black Rain” and “Fell on Black Days”. Watch here. Amazingly, he actually started as the drummer for SG, only writing and playing guitar later on. It makes me think that he was buddies with Dave Grohl. Wouldn’t that be some show?

Watching interviews of Seattle’s Soundgarden, it’s clear how humbled Cornell is about his life and his journey, his quest for living a good healthy life. Now sober and working out daily, he has a wife and family – after being on the brink as a rock ‘n’ roll star back in the ‘80s and ‘90s on the heels of Nirvana and Pearl Jam. According to Wikipedia, when asked how he beat all his addictions he stated, “It was a long period of coming to the realization that this way (sober) is better. Going through rehab, honestly, did help.” He also pointed out (and fans witnessed) that bottled water has replaced alcohol on stage during performances. 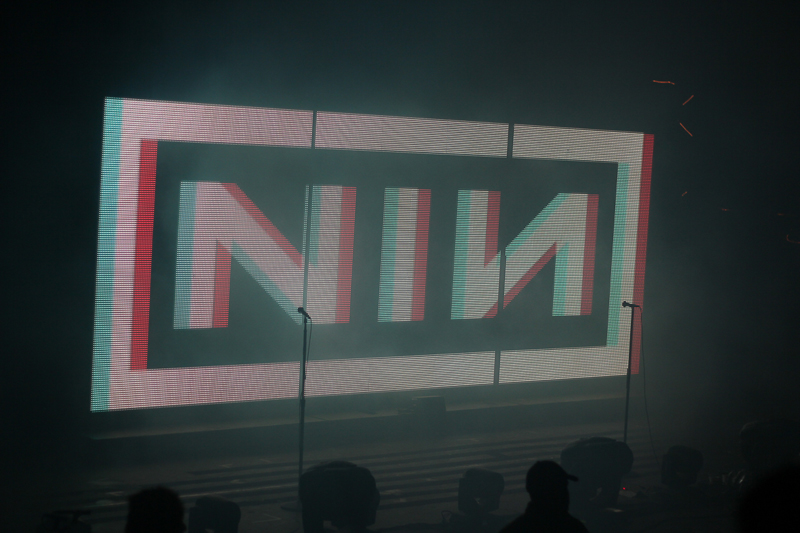 Click here for photos of Nine Inch Nails at Kings Theatre in Brooklyn, NY on October 17th, 2018 in the QRO Concert Photo Gallery

Click here for photos of Nine Inch Nails at Austin360 Amphitheater in Austin, TX on August 14th, 2014 in the QRO Concert Photo Gallery

Click here for photos of Nine Inch Nails at 2014 Primavera Sound in Barcelona, Spain in the QRO Concert Photo Gallery

By the NIN set time of 9:00 PM people were stoked (pun intended) and revved for Trent Reznor and a killer show. Whether they showed up for high energy headbangin’ sets, or sometimes rave-like party beats or just wanted to see Reznor’s biceps and lats, fans were not disappointed. There was a plethora of screaming femmes shouting obscenities and I guarantee many fans had some great sex that night. The huge production and lighting alone could have been stars of the show – strobes, revolving sets, revolving band members who one song would play guitar and the next on synth, and several roadies had to stay on stage to rotate large LED screens. If you were surprised by the amount of synth and EDM focused jams (six synthesizer stations at one point), then you don’t know NIN. Reznor is a synth rock pioneer/God, and at least half the show had EDM content, which truly melded the rock, pop, and electro experience.