<img src="http://www.qromag.com/wp-content/uploads/2009/10/noahandthewhaleoct23.jpg" alt=" " /> The evening was young when the four gentlemen that call themselves Noah & The Whale stepped on the stage. ... 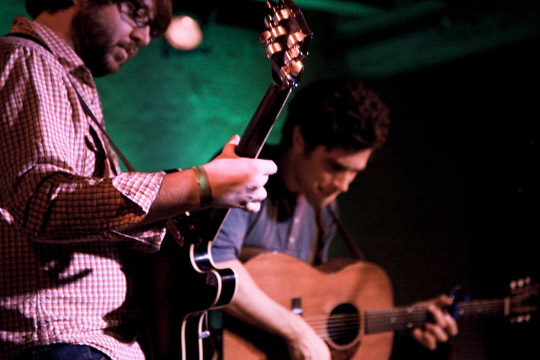 The evening was young when the four gentlemen from Twickenham that call themselves Noah & The Whale stepped on the stage at Doug Fir Lounge in Portland, Oregon this past October 25th.  About 19:30 hours young, were there a pocket watch to take out and check for military time.  Doug Fir had stacked up two separate shows for the evening, this being the first.  It seemed to be a rough time of night to have to put on a performance, but surprisingly, it worked out just fine.  The place was packed full of passengers on the whaleboat Noah, primed to set sail for a one-hour tour. 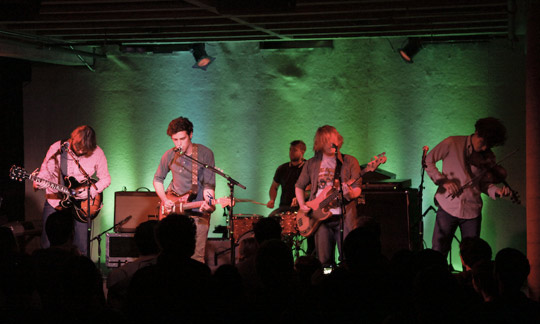 Click here for photos of Noah & The Whale at Mercury Lounge in New York, NY on November 3rd, 2009 in the QRO Concert Photo Gallery

This was that other kind.  The kind that is fully clothed and occurs with words.  The kind of words that are the painful admission you made to the one you love, that thing you have never admitted to anybody.  Every bit as naked as that last, desperate, sloppy, regrettably executed plea to stay to the significant other, the one that has just told you this thing between the two of you is over.  As naked as the part of your memory that invokes that event every time you pass that corner where you first met, that café where you first professed your love.  That memory that only grows each time you cross those landmarks.  Like a tumor.  Like some mold fanning out across the ceiling of your shower stall.  The kind that seems to be communicated most effectively through the word.  The poem.  The lyric.  The song. 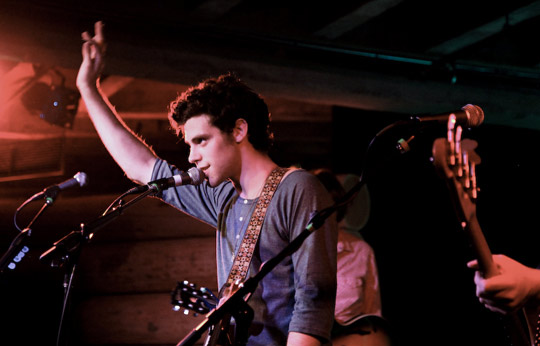 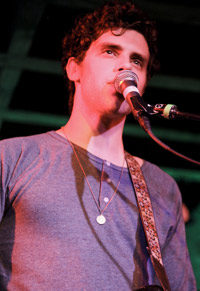 The story goes that Noah & The Whale frontman Charlie Fink and sometime backing vocalist/solo singer-songwriter Laura Marling were madly in love.  Then something happened.  That thing between them, it came to a crushing end.  One of those ends so traumatic, so profound and horrible, that he devoted what would appear to be a whole record to the event.  And he didn’t stop there.  He made an accompanying movie that the band included with the deluxe edition of their new album, The First Days of Spring (QRO review).

The love song, and perhaps more notably since we’re talking about The First Days of Spring, the breakup song, is truly a strange and perplexing entity.  Specifically, those that are written about or are drawing from real life experience, and the listener knows are coming from that place.  Something like Bob Dylan’s "You’re A Big Girl Now", where you know Dylan is talking about his split from Sara Lownds, as opposed to the kind of breakup song like Kelly Clarkson’s "Since You’ve Been Gone", which doesn’t act as much more than utility for the requisite Clarkson vocal runs and shimmery Auto-Tuned harmonies. 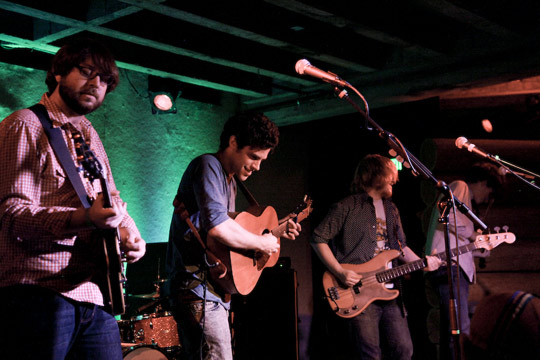 The writer has that experience.  The writer writes the song about that time, that event.  Now the writer, and this case, the band, will go out and perform that experience put to music for perpetuity.   That’s the obvious part.  That point of paradox comes with context.  What happens when the writer writes that epic love song about the love of his or her life, and… Something happens?  A protracted, messy breakup?  Do the writer and the band still sing the song, even though the writer now hates that person with every atom of his body?  In the case of Fink and The First Days of Spring, his breakup opus about Marling, how does that even work?  How does he drag himself through that experience over and over, night after night?  How does he bring himself to sing those lines from songs like "Blue Skies", as he did Sunday Night, where he laments "This is the last song that I write while still in love with you / This is the last song that I write while you’re even on my mind / ‘Cause it’s time to leave those feelings behind / Oh ‘cause blue skies are coming but I know that it’s hard"?  It is, at times, impossible to imagine.  It must be like having that final, fateful conversation, walking through that last goodbye, that last fight, played back in your mind as if it was happening for the first time, every time it is performed.  That all of it is being played back in front of an audience can’t be easy either.  There is no breaking down this time.  There is no allowing the voice to crack. 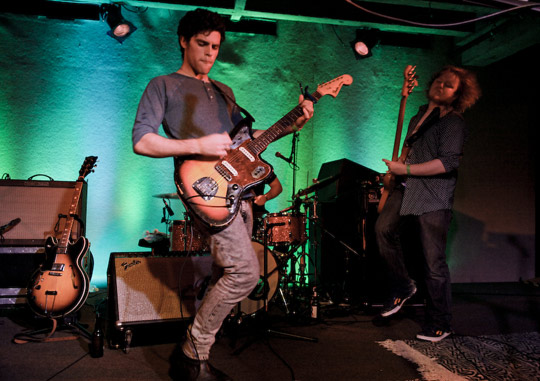 Fink and company not only got through "Blue Skies", they killed it.  Not only did they kill it, they completely re-factored the piece for live performance.  The full band treatment given to the recorded version was nowhere to be found on the Doug Fir stage.  The beginning of the song was reduced to Fink and his guitar.  The lush, tom-tom anchored Britpop that one hears on The First Days of Spring was now spare country folk.  It was during this, and at many other points in the set, that Noah & The Whale bore a strong resemblance to classic Townes Van Zandt.  Noah & The Whale stripped everything else away because they wanted you to hear that voice and that guitar, that Van Zandt-like lilt to Fink’s voice.  They wanted you to hear what he was saying about that breakup of his, and they clearly knew the only way those sentiments could be communicated from a stage is to do them quietly.

There is something to be said about the power of a smile, that sort of smile that can only be generated by the wide-eyed exuberance of youth.  A smile can take the dourest of messages and send it down the gullet just as smooth as a hot tottie on a winter night.  Despite the melancholy nature of songs like "My Door Is Always Open" or "Our Window", Noah & The Whale made it very difficult to consume any of it as the bitterest pill, because they smiled.  They clearly love to play, they love to play together, and it showed.

In the scant block of time they had to work within, the band did manage to work in material from their earlier effort, Peaceful, The World Lays Me Down (QRO review).  "Shape of My Heart" and "Rocks and Daggers" were present and accounted for, as well as the closer "5 Years Time", made famous in a Saturn car commercial a few years back. 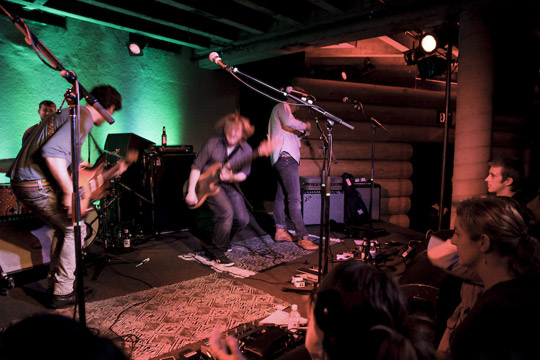 After walking with Fink and listening to him talk about his breakup for an hour with the vibrant, uplifting musical fervor surrounding him by his bandmates, and climbing back up the stairs and outside, it was hard to believe, looking back down at that pocket watch, that it was 20:45 hours.  It felt like greasy spoon time.  It felt like bedtime. 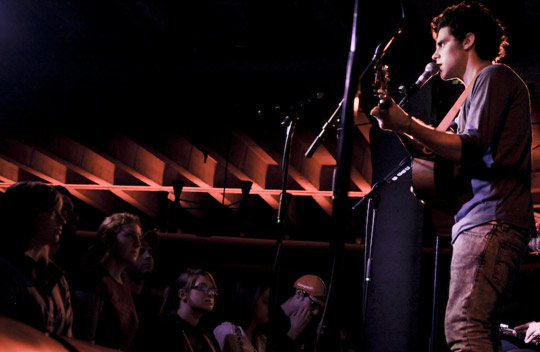