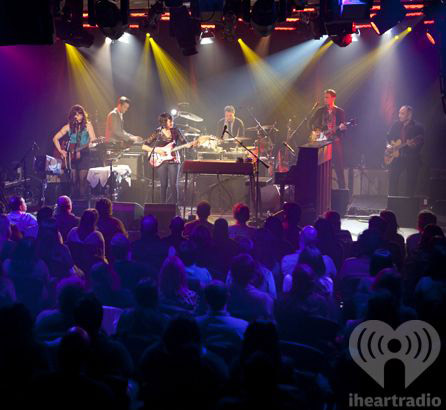 Click here for photos of Norah Jones at Stonesfest at Webster Hall in New York, NY on February 22nd, 2012 in the QRO Concert Photo Gallery

Click here for photos of Norah Jones at Prospect Park Bandshell in Brooklyn, NY on June 9th, 2010 in the QRO Concert Photo Gallery

Last night, January 13th, Norah Jones performed an exclusive show at New York’s P.C. Richard and Son Theater (QRO venue review).  The artist performed songs mainly from her new record, The Fall (QRO review), but also included a few of her older hits.  Jones amazed the crowd with her outstanding and intimate performance, as well as with her adorable quirky humor throughout the night. 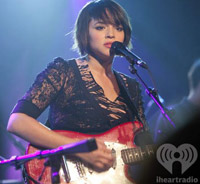 The artist came out looking like an elegant rock star, sporting a short punk-rock bob, skinny jeans, a black lace cardigan, a pair of suede turquoise four-inch heels and a red electric guitar.  Norah and her band of five opened with “I Wouldn’t Need You”, from her new album, The Fall.  With the release of her recent album, Jones’ style has transitioned from jazz and folk-like ballads to 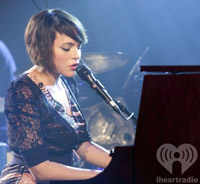 alternative rock compositions.  The audience embraced it and was certainly able to note a more developed artist.

Jones delighted the crowd with a new folk-like song from The Fall, “Tell Yer Mama”, and than moved into more alternative tracks like “Even Though” and  “Chasing Pirates”.  She touched their hearts with her famous hit “Come Away With Me”, from her first album, and made a point to thank the crowd every time they applauded her, something more commonly seen with local bands.  The artist then performed a touching song off her new record, one quite transparent of her current breakup, “Back to Manhattan”.  She performed the song gracefully & passionately, and romanced her audience. 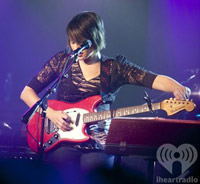 Jones then got back on the electric guitar and performed “Young Blood”, a more upbeat piece, which was followed by her making adorable jokes.  While tuning her guitar she joked around and asked, “Anyone got a dirty joke?”  And at one point she imitated an AT&T commercial, leaving everyone in the crowd laughing along.

Afterwards she thanked the crowd for the passionate night.  “We kind of got intimate tonight.  Thanks for this, we’ll always have this night,” she said leaving her captivated crowd giggling.  And just like that Jones successfully closed the show with her on piano playing another one of her famous oldies, “I Don’t Know Why”.  Norah Jones came off refreshingly confident and successfully left her crowd in complete awe. 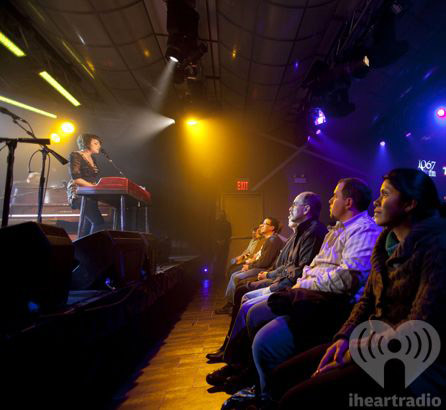