<div> <a href="features/features/norman_2009_music_festival_preview/"><img src="http://www.qromag.com/wp-content/uploads/2009/04/norman09preview.jpg" alt="Norman 2009 Music Festival Preview" /></a> </div> <p> While other festivals retreat into the mainstream <i>(cough-Paul McCartney at Coachella-cough)</i> or just close up shop all... 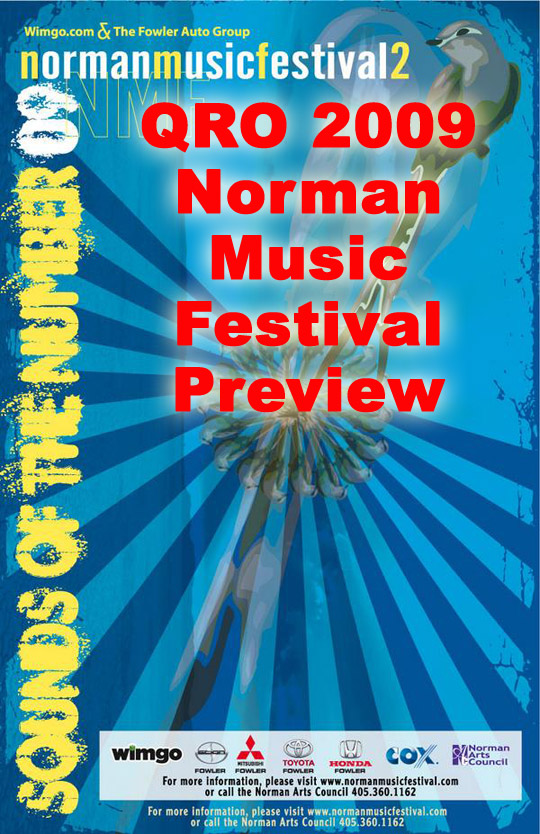 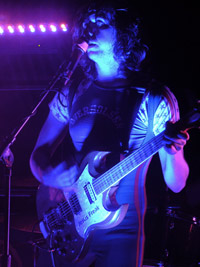 Stardeath and White Dwarfs first got notice outside of their Norman home when they opened for hometown heroes The Flaming Lips (QRO live review) – due in no small part to Stardeath lead singer Dennis Coyne being the nephew of Flaming Lips frontman Wayne Coyne.  But they’ve built and built since, with a light show to make the Coyne name proud (QRO photos) and bring their strong festival presence (QRO festival photos) back to where they started.

Man Man.  The self-described ‘Viking-vaudeville’ collective bring a powerful percussion and more, setting up right at the lip of the stage, dressed in tennis whites and war paint, with more instruments than you can throw a stick at.  And things only get crazier outside… (QRO photos outdoors)

On tour with of Montreal (see below), San Francisco’s psychedelic, electro-dance-tastic Sugar and Gold bring that sound outdoors to Middle America, to give everyone a good disco workout.

back home.  The band includes Ryan Lindsey, who soloed it up last year at Norman (QRO photos), and Andy Nunez, owner/operator of Norman’s premiere alternative music venue, Opolis – which has a whole stage of its own this year (see below). 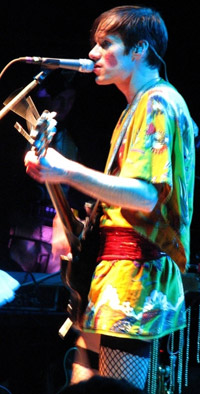 (QRO live review).  Kevin Barnes’ epic orchestra literally fills the stage with a performance more akin to (the actually French Canadian) Cirque du Soleil than indie-rock.  The band emerged out of the Elephant Six Collective to reach serious heights, most recently with 2007’s Hissing Fauna, Are You the Destroyer? (QRO album review) and last year’s Skeletal Lamping, but they have to be seen live (QRO photos) to be truly believed. 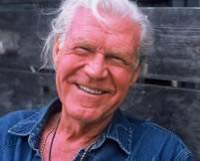 Now almost seventy, Billy Joe Shaver helped invent the ‘outlaw country genre’ back before the sound was New Country-fied.  And he’s stayed busy ever since, from surviving an on-stage heart attack to doing an in-store performance right after posting bail for shooting a guy in the face (keepin’ it real, Dick Cheney-style).  That includes 2007’s Grammy-nominated Everybody’s Brother and serving as spiritual advisor to fellow outlaw musician Kinky Friedman, in his quixotic run for governor of Texas in 2006 (QRO’s Musicians as Politicians).  Oh, and he sings the theme song to Adult Swim’s Squidbillies… 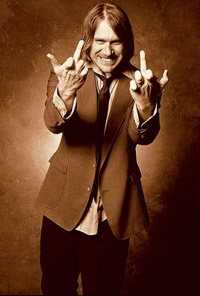 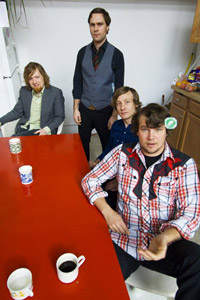 It may not be fair to compare Tea Leaf Green to The Grateful Dead, but other than starting in the nineties and not the sixties (and all still being alive), it’s all there: Came out of the Bay Area?  Check.  Endlessly touring, festival favorite jam band?  Check.  A dedicated fan base that record their live shows?  Check.  The past few years have seen them release a three-CD box set, Seeds, and the new Raise Up the Tent (produced by David Lowery of Cracker – QRO live review – and Camper Van Beethoven – QRO live review). 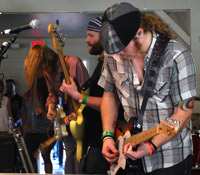 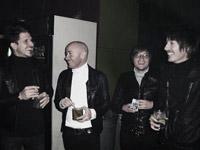 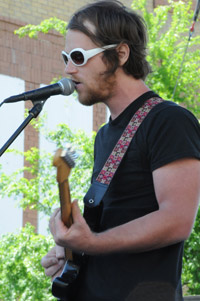 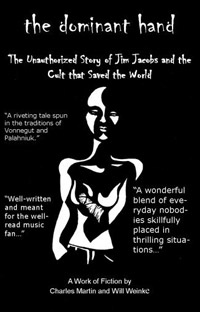 Also at the sprawling Norman Music Festival is the ‘Little Rockers Stage’ for the youngest of festival-goers (and their parents), the dance-performance ‘Sonder Music Stage’, and a reading from Oklahoma Gazette music writer Charles Martin’s debut novel, The Dominant Hand: The Unauthorized Story of Jim Jacobs and the Cult that Saved the World.