Ever since 2009, L Magazine has held the Northside Festival in June at a series of venues in Williamsburg & Greenpoint in Brooklyn – and QRO has been there every year.  2013 was no different, with locals and out-of-towners crisscrossing the north side of the borough, Thursday-to-Sunday, June 13th-16th. 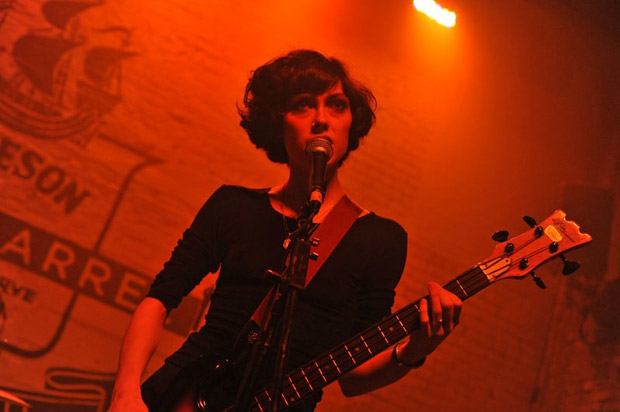 QRO’s Chris Becker stopped off at the ‘Jameson Black Barrel Lounge’ at Villain for Lordo. 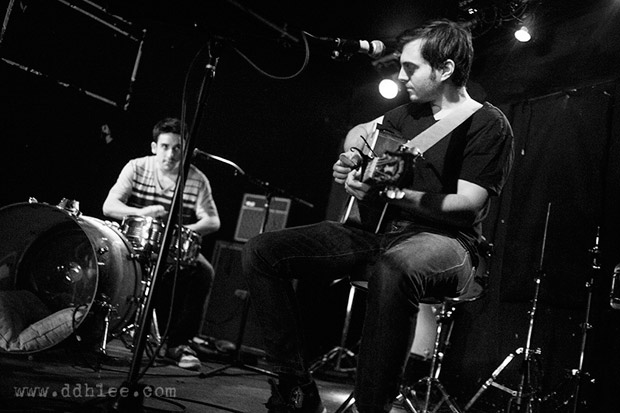 Photos of Courtesy Tier at 2012 Bushwick Walkabout at Brooklyn Fireproof in Brooklyn, NY in the QRO Concert Photo Gallery

Photos of Courtesy Tier at CMJ 2011 in New York, NY in the QRO Concert Photo Gallery

Due to construction at World Financial Center Plaza (QRO venue review), River-to-River Festival’s Bang On a Can Marathon moved not only from its usual way downtown haunt to Pace University, but also from its usual Saturday of Northside to Sunday (QRO photos).  All of this meant that Ted Chase didn’t make it to Bar Matchless in time for favorite Courtesy Tier (the Northside schedule was also wrong, like it had been last year for Courtesy Tier – QRO recap), but Donald Lee did. 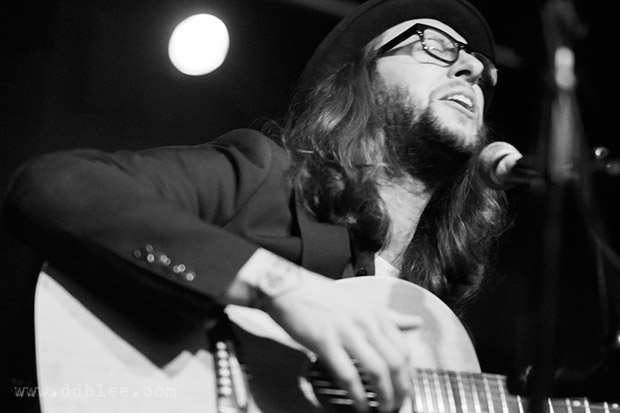 Both did catch Peck – or, as he also called himself, “The Disappointment”.  A solo singer/songwriter with acoustic guitar, he naturally had some sad, soulful folk. 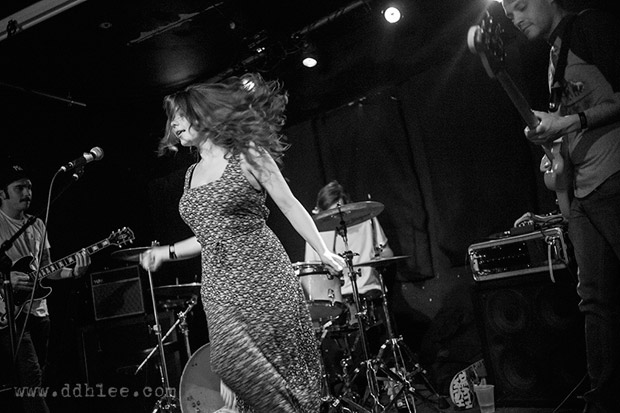 A nice surprise was Donna Missal.  A blueswoman in Joss Stone style (and appearance), she was the kind of woman who sings with a glass of whiskey on one hand, and no shoes on her feet. 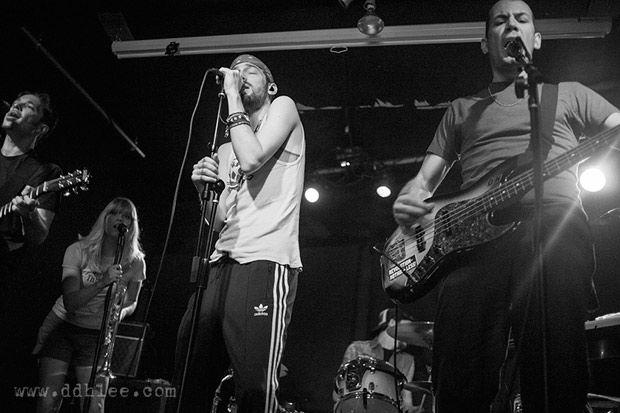 The ostensible headliner to the daytime event at Matchless was Outernational.  Their set-up time seemed a little long, or maybe that’s just compared to one- or two-man outfits like Peck & Courtesy Tier – Outernational had six members, including a lady on horns.  While they looked a little too ‘rocker’, they did have some Spanish influence to their rock ‘n’ roll (and would be touring Europe just after Northside). 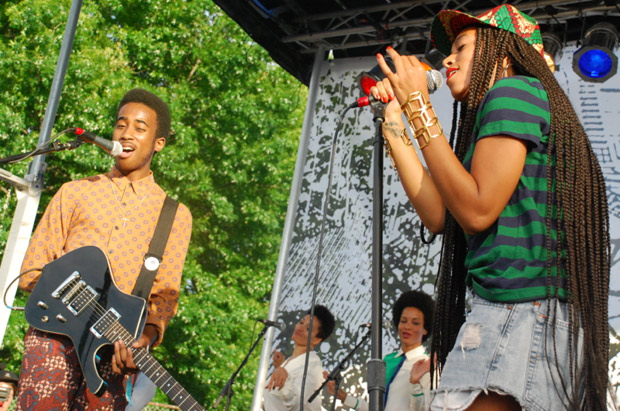 Click here for photos of Solange at SXSW 2013 in Austin, TX in the QRO Concert Photo Gallery

The other act to headline McCarren Park at Northside, along with The Walkmen on Day Three (QRO recap), was Solange.  While she’s still best-known as being little sister to Beyoncé, the crowd was most definitely there for the younger Knowles.  Now sporting, long, long dreadlocks, she had some great lines, like asking for the fathers there (on Father’s Day) and, getting no response, adding, “No one had a child at 18 like me?…”  But her best moment had to be when she showed off her “grinding” skills… 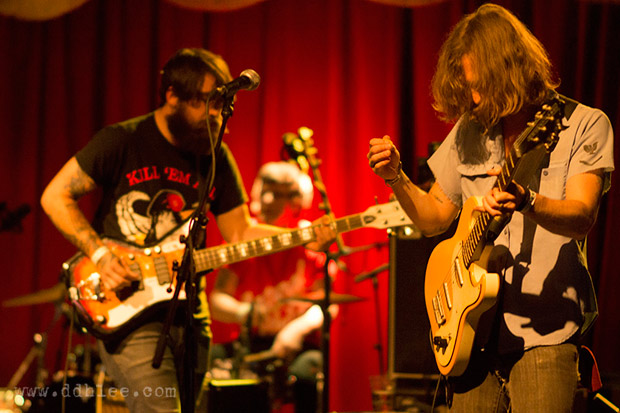 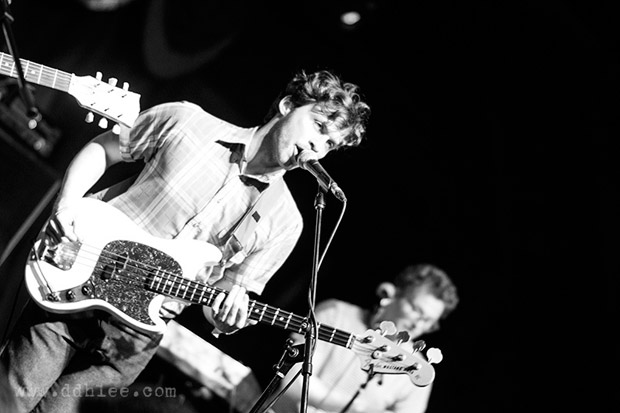 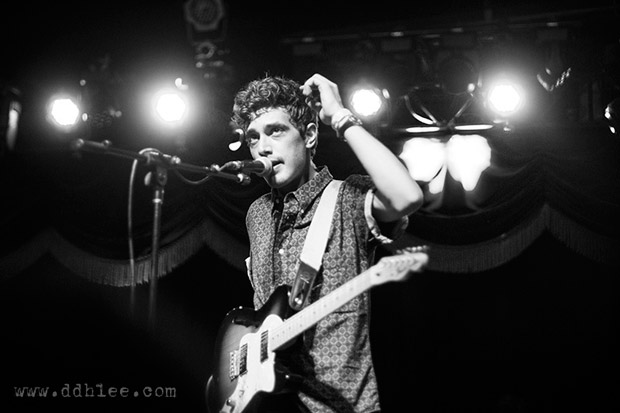 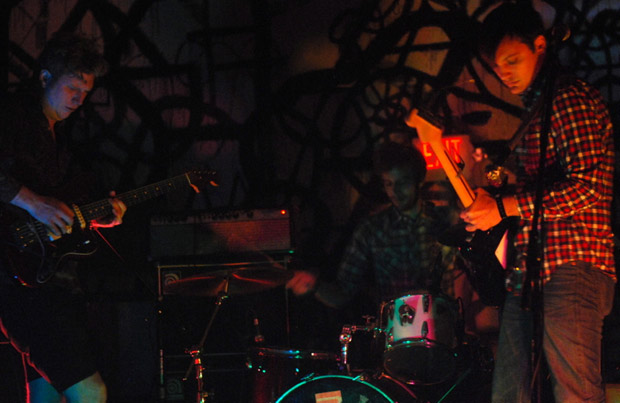 Click here for photos of Grooms at Shea Stadium in Brooklyn, NY on March 2nd, 2013 in the QRO Concert Photo Gallery

Click here for photos of Grooms at Le Loft in Brooklyn, NY on November 2nd, 2012 in the QRO Concert Photo Gallery

Ted Chase finally made it out to 285 Kent for Grooms, who nicely balanced being indie, rock, and experimental.  285 is one of the newer DIY places, with a hard-to-find door (which is right next to that of Glasslands – QRO venue review – whose own door is now find-able).  The inside is very DIY bare (and DIY in spirit – there was a sign that said there was no reentry for “Northside shit”…), though the stage is actually pretty legit. 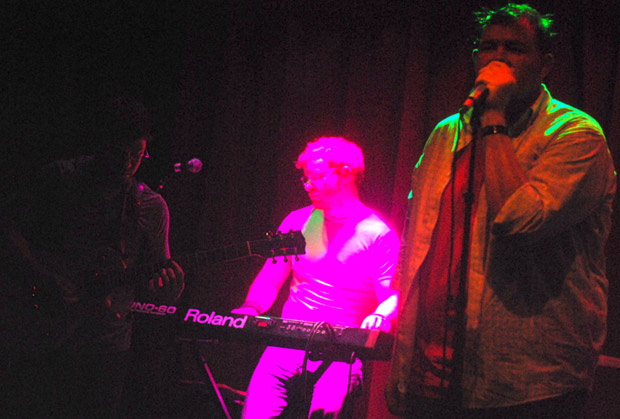 Ted Chase headed to the one venue you have to go to at Northside, Spike Hill (QRO venue review), and caught some of the grooving evening music of Sunset Hearts, who also had some epic moments. 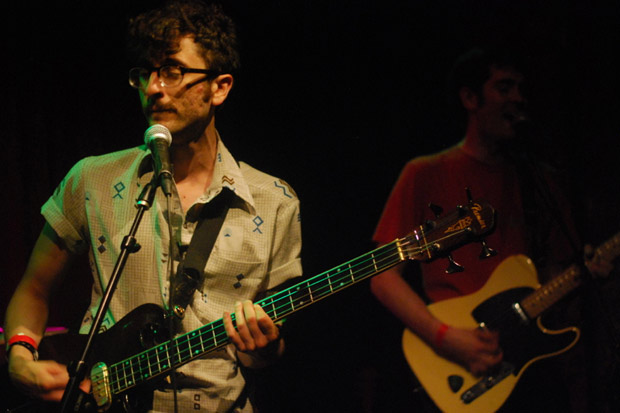 Photos of MiniBoone on Day One of Northside 2013

Photos of MiniBoone at Mercury Lounge in New York, NY on January 11th, 2013

Photos of MiniBoone at CMJ 2012 in New York, NY

Photos of MiniBoone at Northside 2012

But the most must-see of Northside of any year is, of course, QRO favorite MiniBoone.  Donald had caught them at Spike Hill on Day One (QRO recap), and both Donald & Ted closed out their Northside ’12 with MiniBoone at Spike Hill, so it was a fitting spot & act to end Northside ’13.  The hard-working band have settled down at least a little bit on stage (no more instrument-switching), though their line-up has changed somewhat.  They’ve got a new album coming out this fall – another must-catch.

-Before Solange performed, some presenter was giving some new Northside tech award to whatever team won it.  The crowd dutifully waited through it (it was a free show, after all), but the presenter probably shouldn’t have added that he had no idea what “band” was coming up next…

-Just around the corner from 285 Kent, where Grand meets the East River, is a great little park, especially if you’re hitting it right when the sun is setting over the water.