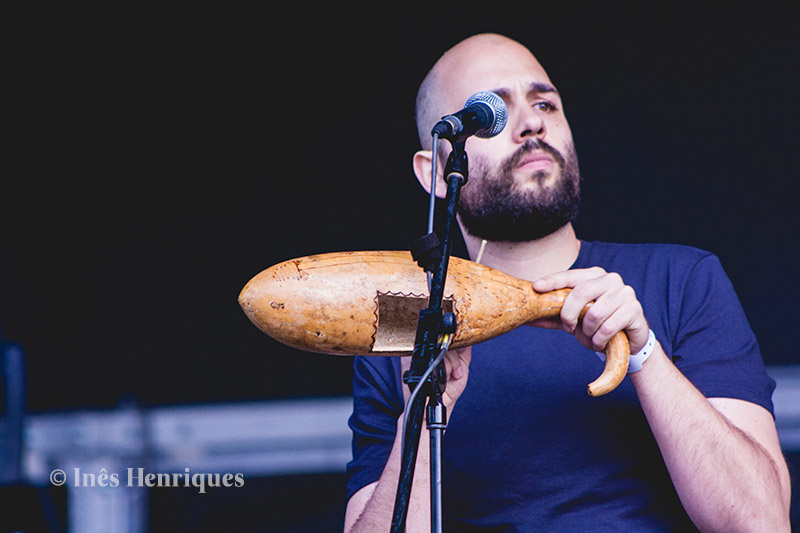 It was Portuguese Bruno Pernadas‘ responsibility to open the hostilities around 5pm.

Composer and multi-instrumentalist, Pernadas is surrounded by friends on stage, like Francisca Cortesão and Afonso Cabral, singer and composers from other emerging national bands, like Minta & the Brook Trout and You Can’t Win Charlie Brown. The band onstage went from psychedelic rock, electronic, jazz to folk improvisation, presenting Pernandas new homemade album, How Can We Be Joyful In A World Full Of Knowledge?. On picnic mood, sitting on the lawn and enjoying the late afternoon sun, the crowd welcomed the national act cheering and clapping all through. 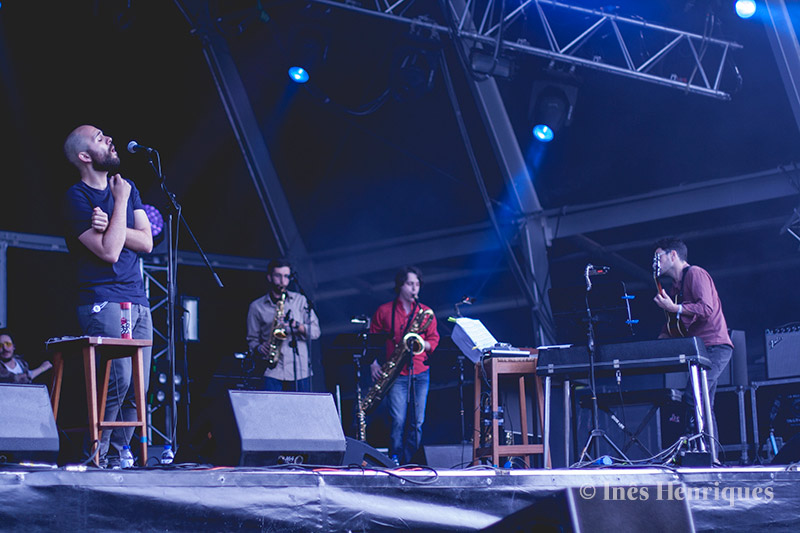 With only two main stages on (Patti Smith was the only one on Pitchfork), we had an easier task to chose the bands we wanted to see. Rushing through Cinerama, we had time to watch the band performed really well, warming the main stage for the acts to come.

Patti Smith, the rock queen and muse almighty, started her act at the same time as Mac DeMarco. We still had time to watch her come onstage, welcoming the crowd sitting at the Pitchfork tent. “Dancing Barefoot” sent chills down our spines. The warmth, the constant smile and her powerful voice, in spite of her 68 year-old brought a huge lesson to all the performers throughout the festival: power and energy has nothing to do with age, but a lot more with attitude and surrender.

We’d come back to her on the second day, on the main stage of the venue. 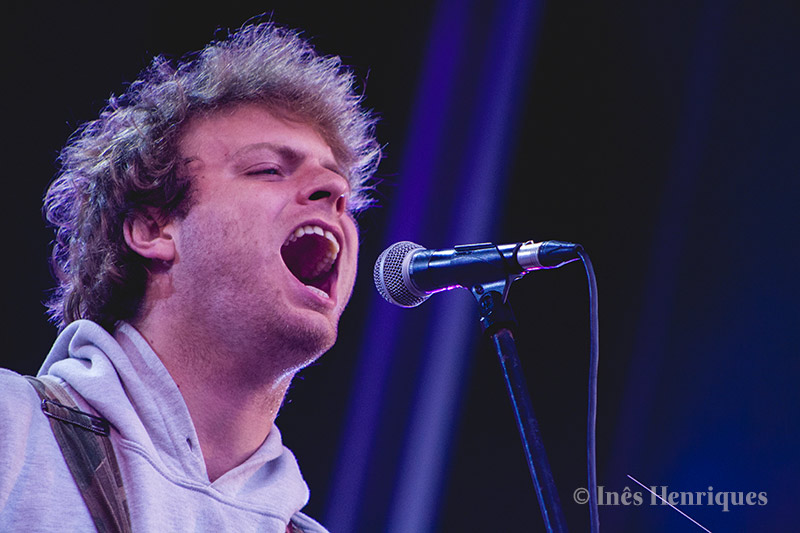 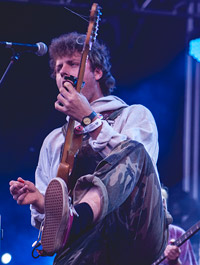 Mac DeMarco was already giving his energetic performance on the main stage when we got there.

The Canadian born singer and songwriter appeared onstage barefoot (wink at Smith’s first song), always communicating and in a great mood with the audience. It was a very similar performance to the one we had already witnessed last year in the Paredes de Coura Festival. An extended crowdsurfing, jumping or even dancing wildly, amidst songs like “Salad Days”, “Blue Boys” and “Saturdays” brought DeMarco like the original character he is. He could have come out of a comic book or even a Shakespearean play – salad days being a Shakespearean quote and all.

He will always be welcomed to cheer any festival in Portuguese lands. 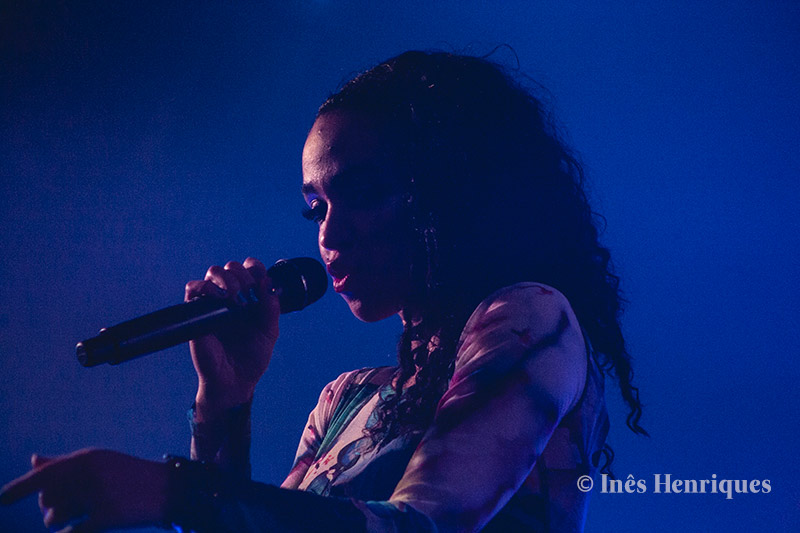 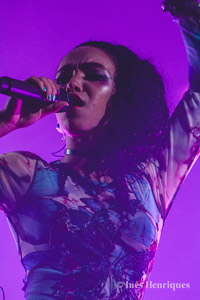 Right after, multi-cultural and former dancer FKA Twigs (Formerly Known As Twigs) would make her debut in Portugal. She was one of the most anticipated acts. Backed by a competent band that mastered electronic beats, she filled the stage with sensual moves and warm voice.

Tahliah Barnett used to star on music videos of such as Kylie Minogue, Ed Sheeran or Jessie J. Perhaps she got tired of not being on the spotlight, she decided on her own to compose her own songs and develop her particular sound, inspired by Massive Attack, Tricky and mainly Portishead.

For almost one hour she greeted the crowd to the sound of “Video Girl”, “Two Weeks” and “Water Me”, making LP1 one of the most exciting albums to watch and listen to onstage this year. 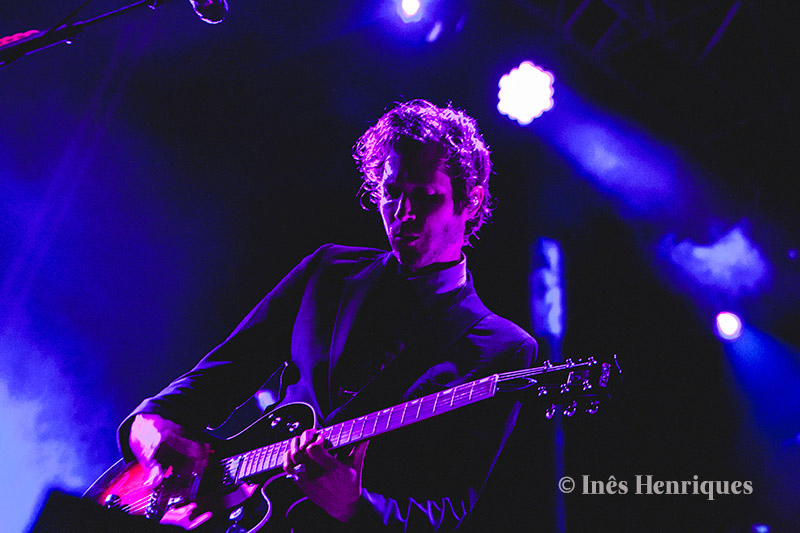 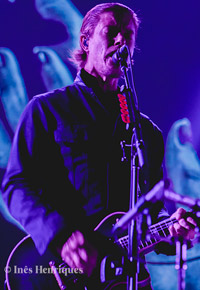 Almost 15 years after Turn On The Bright Lights, Interpol aren’t the same band anymore. They arrived onstage shortly after 10pm, proving that the NYC band still makes us dream about “Stella” and the “Untitled” dreamy sound, though.

Having performed in Portugal in several festivals already, this time frontman Paul Banks decided to reach the crowd differently, changing his almost always-distant singing to a more interactive performance with the crowd.

Interpol made one of the most beautiful and sing-along hymns of the Radiohead and White Stripes era. 2001 was the year it all started for them. There is no denying that they’ve come a long way to this year’s El Pintor (QRO review). Either way, on the front row we watched with some nostalgia the new generations captivated by “All The Rage Back Home” and almost apathetic through “Take Me On a Cruise”, one of the most beautiful songs the band ever wrote.

The set list was incredibly delivered, ranging from all the hits, into some cathartic moments like “Not Even Jail” and the hypnotic “Leif Erikson”. Daniel Kessler’s energetic riffs and dancing moves are still the perfect boost for Bank’s melodic and almost whispering voice. And although the main stage sound was not perfect until the middle of the show, after that they were tuned and ready to leave some more thousand loyal based fans in Portugal. 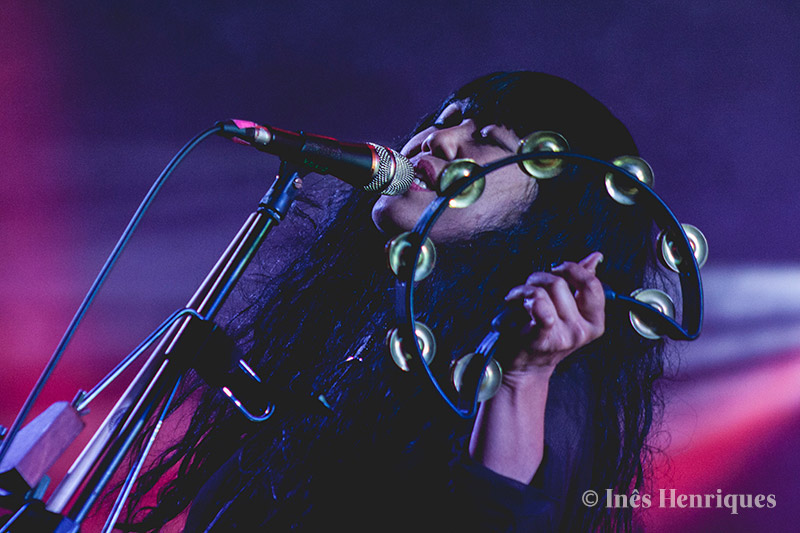 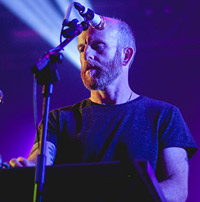 The Juan MacLean arrived at the secondary stage around midnight. Guided by Juan MacLean and Nancy Whang vocalist, they utterly transformed the Park’s lawn into a dancefloor, between synthesizers and keyboards in a pop flavored electronica that made festival-goers dance to the sound of the most catching tunes, preparing themselves for what was to come next.

Caribou was next. Another Canadian, born Dan Snaith, who jumped into the spotlight with the genius album Swim launched in 2010 (QRO review). Since then, he has gotten us used to a series of dance hits we carry in our memories for years to come, like a soundtrack to our own most memorable and joyful moments. Our Love was spreading the love all around, having on the hit single “Can’t Do Without You” the highlight of the night. Those two records were the main choice for the set list, on themes like “Odessa”, “Our Love”, “Kaili” or “Silver”, closing the show with fellow countryman Mac DeMarco performing a crowdsurfing to the sound of “Sun”. Epic!

That made the day for us.