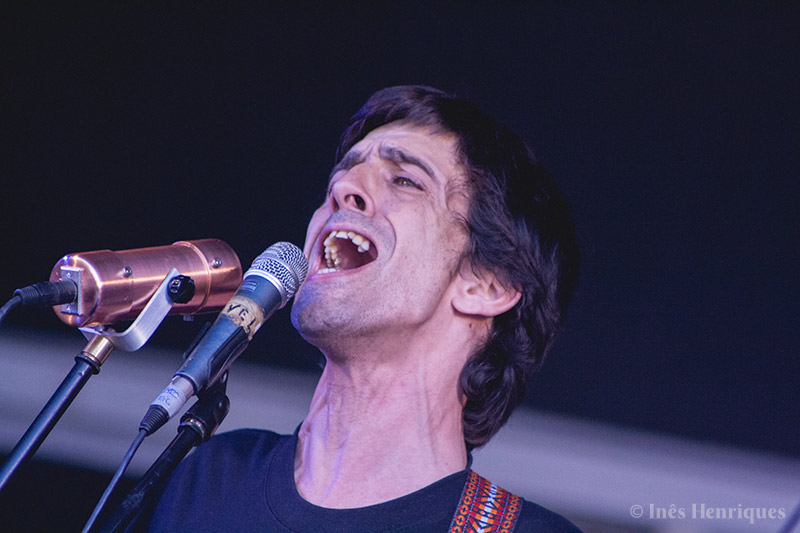 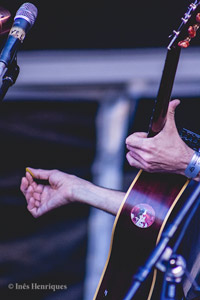 The last day is always remembered as the day we have to keep our fuel at the top from the beginning, because the night will be long and cheerful! What better way to start then with local and former Ornatos Violeta, Manel Cruz?

Being one of the most celebrated artists of the nineties generation, having Porto as his hometown, the warm welcome made everybody there feel we were watching a true rock star by his own achievement. Totally at ease with the crowd, Cruz was the only artist of the early stages to make an encore, due to public demand. Before that everyone was mesmerized with the songs “Maluco” and “Sexo Mono”, this one from the Pluto project. Even the city mayor witnessed his performance right next to us, dancing quite discreetly. It’s always unforgettable to see him play at home.

At the NOS Stage Baxter Dury was being a victim of the bouncing between stages. Nevertheless, not giving up, he greeted festivalgoers with a great show. Quite talkative, he outlined the importance of that gig: “Today is the most important day of the year. We are in Porto!” 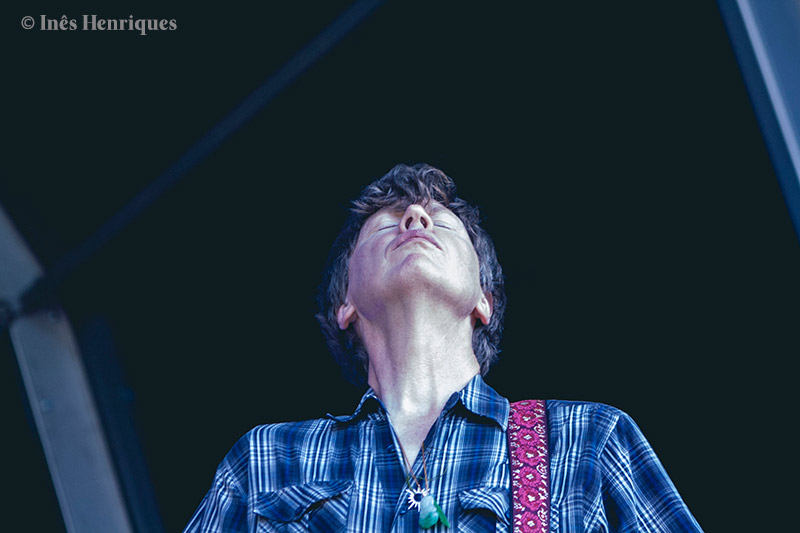 Thurston Moore and his band gave at the ATP Stage a sublime and filled with rock gig. Moore was co-founder of Sonic Youth and at this solo project; the sonic roots are always present. Guitars and riffs that can blow up a room. A huge crowd filled the most beautiful stage of the venue, surrounded by trees. 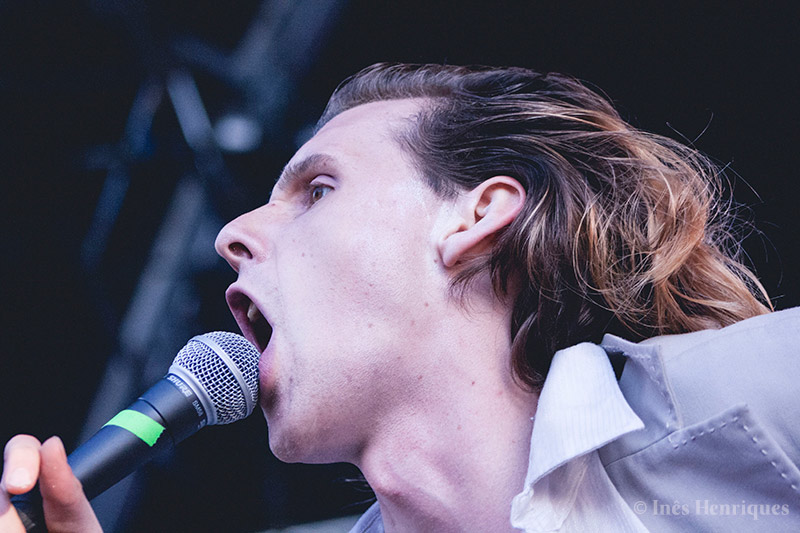 Next, Foxygen at the Superbock Stage delivered a stormy performance. The Californian band’s energy touched everyone who was watching them and beyond, with no moments of silence. Singer Sam France was seen drinking a bottle of Jameson without coming up for air, which revealed a super-sonic, jumping and dancing mood throughout the set. 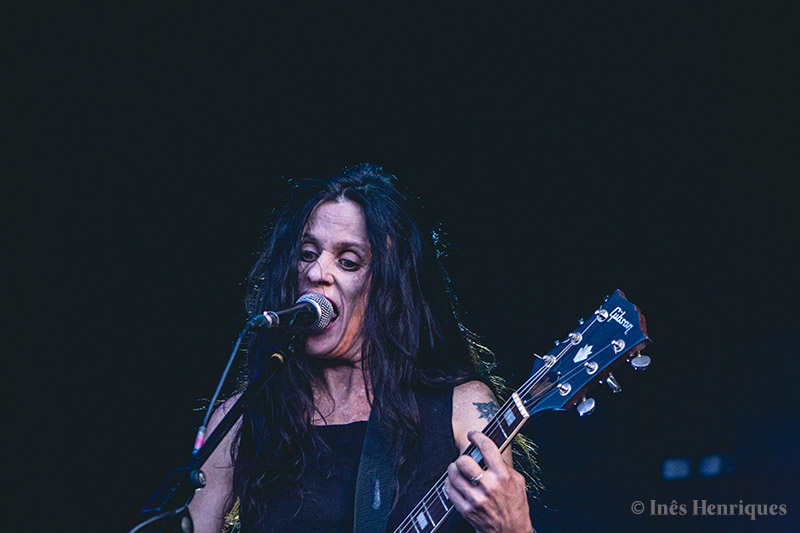 We still had time to watch Babes in Toyland come onstage, watched closely by Moore and band from the pit area. Formed in 1987 and currently associated with the grunge scene, their sound is pure punk rock and inspiration for many female bands to come, such as L7 (also reuniting this year). Lead singer Kat Bjelland threw and energetic and almost demon-like performance.

Age is no synonym for boredom, no doubt. 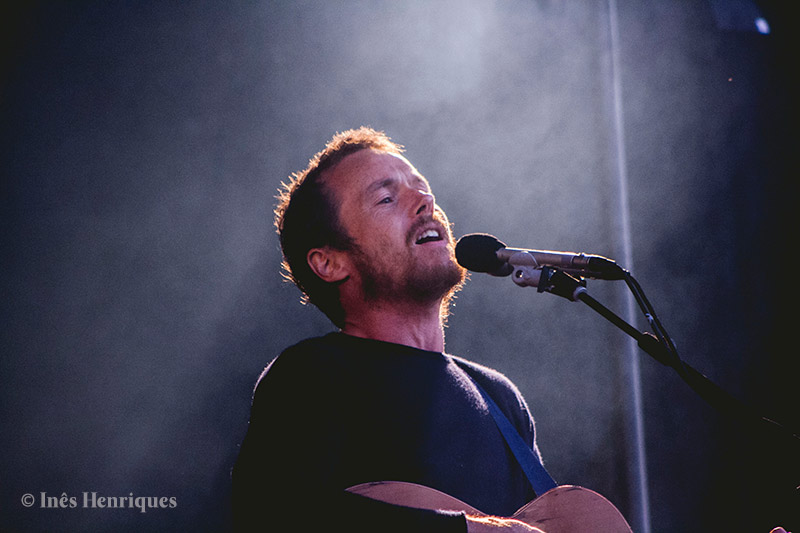 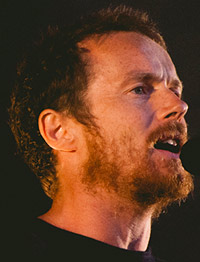 After that raging act, it was time to cool things down with melodic and soundtrack boy Damien Rice. Accompanied only by an acoustic guitar, he’s a great singer with a powerful voice. The mainly female crowd knew the lyrics by heart, which revealed Great chorus in tune with Rice’s melodic guitar. The highlight as “The Blower’s Daughter”, rising up lighters and cellphones while the dusk suddenly set in.

Meanwhile, we were getting ready for the German and veterans Einstürzende Neubauten, celebrating 40 years together, at the now almost Industrial Revolution like ATP Stage. Suddenly the surrounding trees came alive, looking more like characters of a possible Tim Burton hypothetical approach of the post war and industrial feel of late 70’s Germany. “German engineering,” Jochen Arbeit joked. Blixa Bargeld and his visceral thunder-like voice mixed with the shattering glass and the scenic approach of a factory grinding steel and broken shatters, at “Von Wegen”, while the echoes of “Mela, Mela, Mela, Mela, Melancholia Melancholia, mon cher…” from the beautiful “Die Befindlichkeit des Landes” lingered in the surrounding woods. 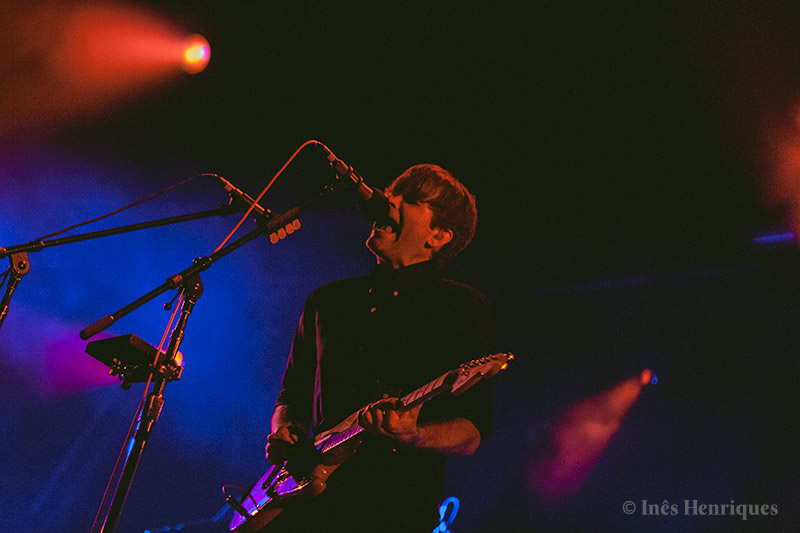 In 2012, Death Cab For Cutie couldn’t perform due to heavy rain, but three years after and with a clear sky, the North American band delivered an impressive set. Peaks of euphoria were heard on the most recognizable songs, like the thundering opening “I Will Possess Your Heart”, and “The Grapevine Fires”. 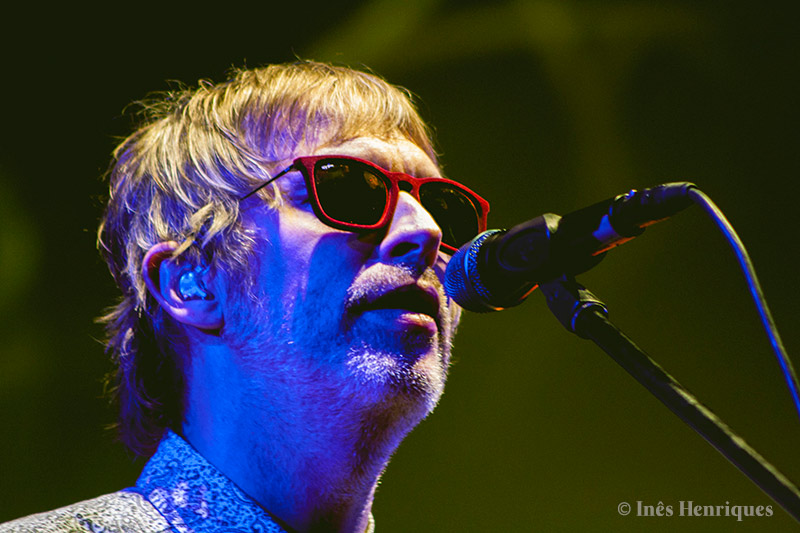 The British Ride showed up as the headliners for today’s performances. They aren’t quite familiar to the Portuguese, but when we mention Andy Bell’s side project with one of the Gallaghers, everyone says “aaaaah!”

They reunited in 2014 and are as strong as ever. The opening was amazing, the sound was perfect and they made it all through the set with quite deliverance, although the audience was quite spread through the remaining stages for acts as The KVB or Ex Hex.

Shellac made their appearance at midnight, and like every single year at this festival, they didn’t disappoint anyone. A well fulfilled set, keeping the drums on a level of energy that the vibration gathered a cheering crowd around the Pitchfork stage.

We rushed to ATP to join our crowd and friends to witness The New Pornographers. Also Canadian, and united since 1997, almost all members have side projects. We had witnessed singer Neko Case on a previous Primavera Sound Porto Edition and her melodic tunes (QRO photos). Now to see them all onstage was perfect memorabilia.

They describe themselves as, “AC Newman and a group of ridiculously talented people uniquely equipped to realize his musical ambitions.” And that was what we witnessed onstage, while friends had a glass of wine and the dark tree-surrounded stage suddenly filled with colors and the melodic sound they all produced. They are our elected indie supergroup. The show ended perfectly, at their best, with “The Bleeding Heart Show”.

00h40 and the Superbock Stage was once more a lawn made dancefloor, all thanks to Dan Deacon. The super actual electronic, in synch with a perfect percussion made everyone dance and stamp their feet to the rhythm of the most recognizable tunes. 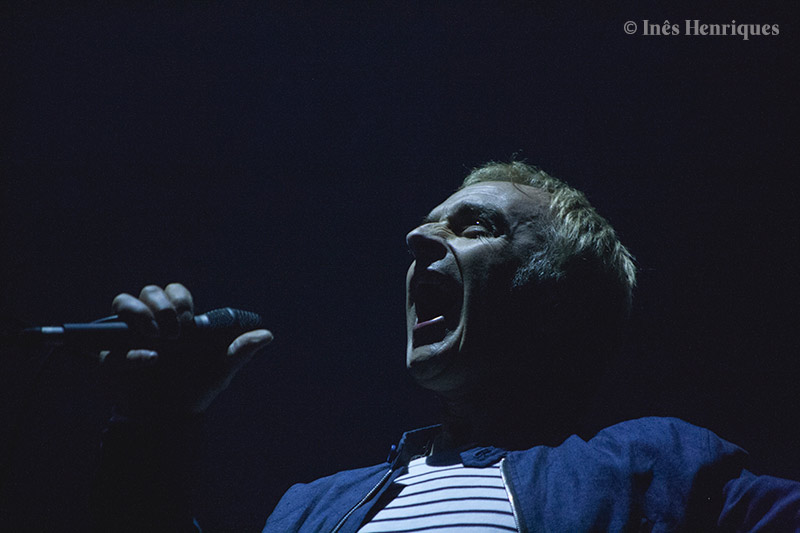 Last but not least, our final stop was at the main stage for Underworld, and what a way to end a festival! This was the one of the few gigs we saw from beginning to end. They were presenting the full and acclaimed 1994 album dubnobasswithmyheadman.

The giant disco or underground British music scene from the early nineties immediately came into our heads. Raves and partygoers, jumping up and down, hallucinating to the sound of the strong bass lines and upbeats. This is how electronic music should feel like. All in all it was a huge party. No one was seen yawning or standing still, and the set went almost until 3 am.

“Born Slippy” was the highlight, changing the album lineup to leave the best for last. A cathartic apotheosis, remembering us of what life is all about. Just like in Trainspotting’s opening scene: Choose life!