It was a big Friday at Portugal's NOS Primavera Sound.... 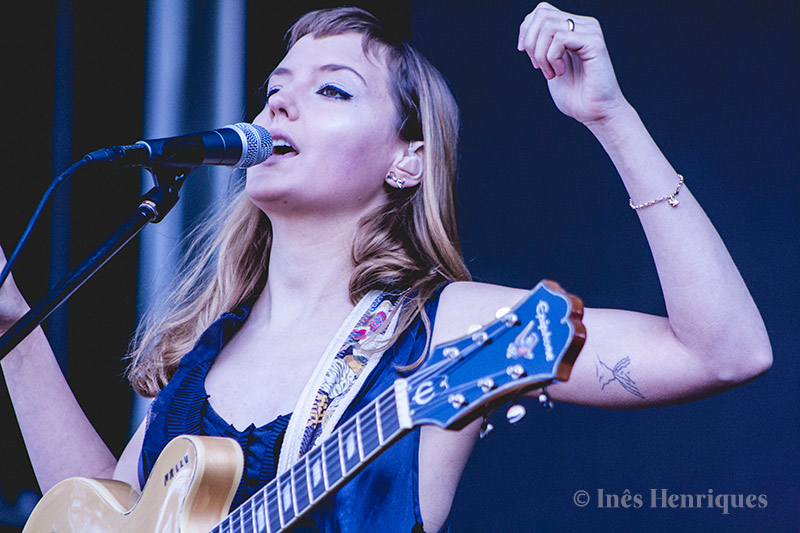 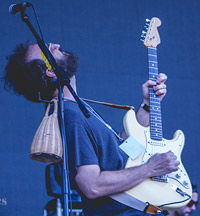 Still a weekday, but a lot more crowded than the previous day, the 5th saw Luso-Brazilian band Banda do Mar warm the venue around 5pm with their melodic and lovely joyful tunes. Mallu Magalhães, Marcelo Camelo and Fred Ferreira (former drummer from Portuguese hit band Buraka Som Sistema) united in a collective embrace the audience that danced all through the set. They performed for a small crowd, but all in all that day made the records: 28 thousand people, never seen on the previous three editions. 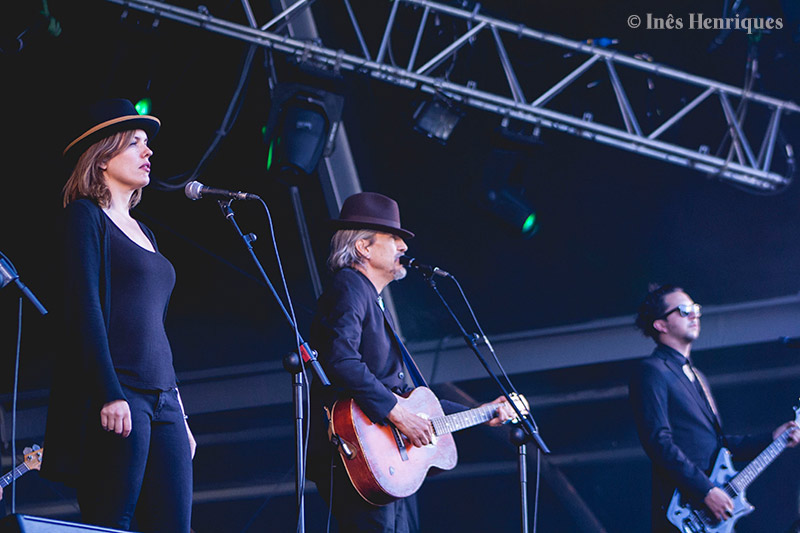 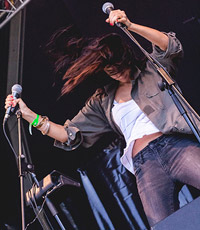 We even spotted Lebanese songwriter Yasmine Hamdan chilling on the green grass before her show. Accompanied by a drummer, a guitar player and a keyboardist, her voice soared through the mostly empty meadow right in front of the ATP Stage. Her music deserved more attention but after a couple of songs Howe Gelb’s Giant Sand was calling and gathering a decent amount of people in front of the Superbock Stage. In the preview of the festival we saw that, Heartbreak Pass, might be one of the best in their 30-year career. Their show, based mostly on the new record, proved us right. “Transponder”, “Song So Wrong”, “Every Now and Then” or “Man on a String” were some of the highlights – along with the rollercoaster ride that was the show closer, oldie “Tumble & Tear”, straight from their debut. One of the shows in the whole festival where we felt there was no need for more pedal steel. Top five material. 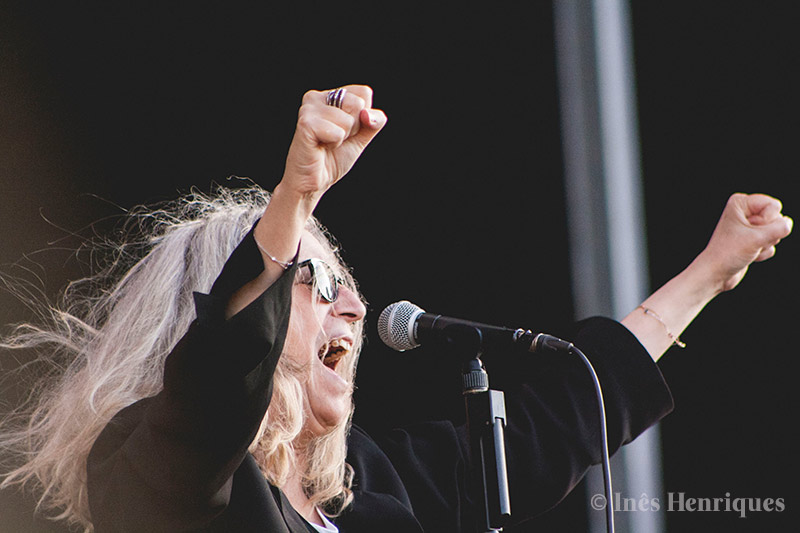 Right after came one of the most awaited moments of the festival. Patti Smith again, but this time, celebrating the 40th anniversary of Horses, considered one of the most important rock albums of all time. In spite of all the photo restrictions for photographers and the fuss around the rock queen, it was curious to see the contrast in the crowd. We could say it was a father and son reunion to see the 68 year-old lady with an amazing strength and ferocity in her voice and gestures. The highlights were “Gloria”, “Because The Night” and “People Have The Power”, the last one accompanied by the huge crowd that had gathered to witness this historic moment. 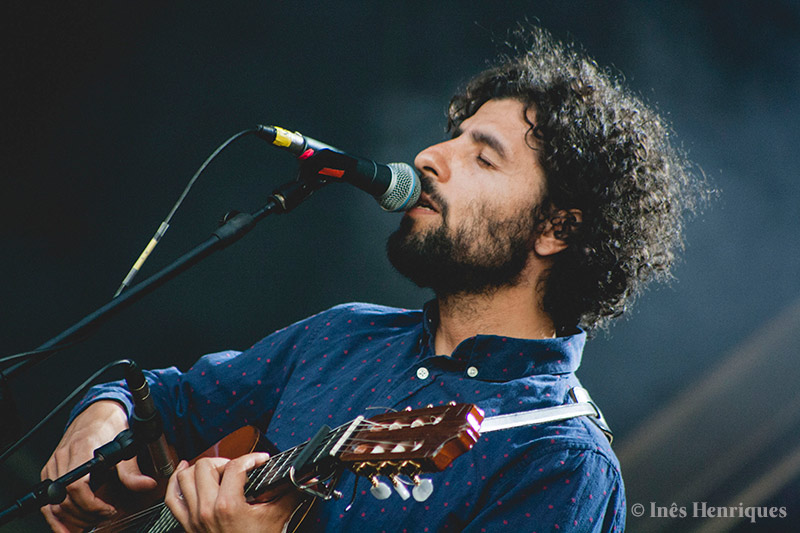 Soon to come next to the main stage was Swede José González, soothing everyone’s spirits after Smith’s call to revolution. We heard him announce: “This is a Kylie Minogue song”, while the guitar tuned the first notes of “Put Your Hand On Your Heart”. González always comes back to a certain sweetness that’s unique in his songs, giving to covers a tenderness that no other can achieve. Over there, we also witnessed the most beautiful sunset of the festival, to the sound of Massive Attack’s “Teardrop”.

We rushed through ATP to briefly encounter Viet Cong. Unfairly placed on stage at the same time as Patti Smith, we found a rather big crowd cheering them. Strong riffs, energetic drums and although the sound wasn’t great, technically speaking, they performed rather well, witnessing some suits mingled with leather jackets at the audience. 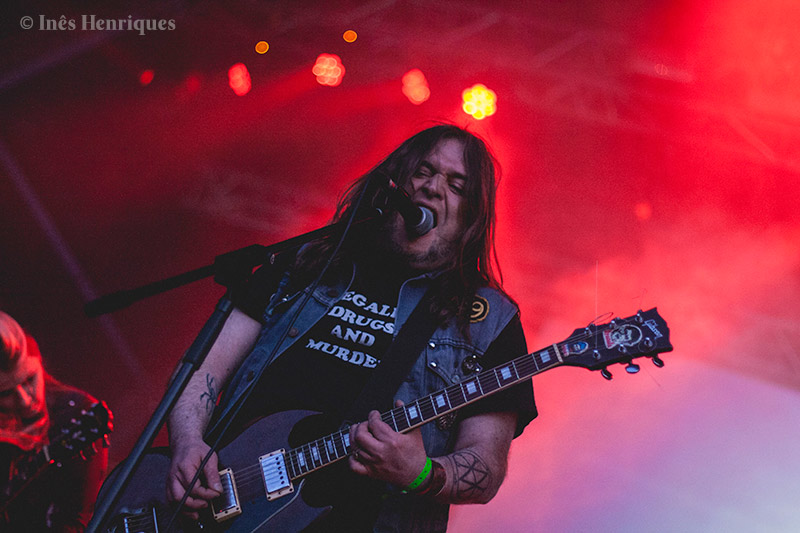 We were rather curious on what we were about to see at ATP, though. What was a Metal band doing at the NOS Primavera Sound?

The British Electric Wizard, that last year was one of the main attractions at the Reverence Valada Festival, near Lisboa. What really makes a live performance is the true connection between the bands and the crowd, and there wasn’t a great connection here. They were probably badly casted for this crowd, anyone, although they performed the psychedelic metal rock really well. The strongest themes were “Black Mass”, “Dopethrone” and ending with “Funeralopolis”.

The night was long and we still had to make a pit stop for dinner, but had to rush. 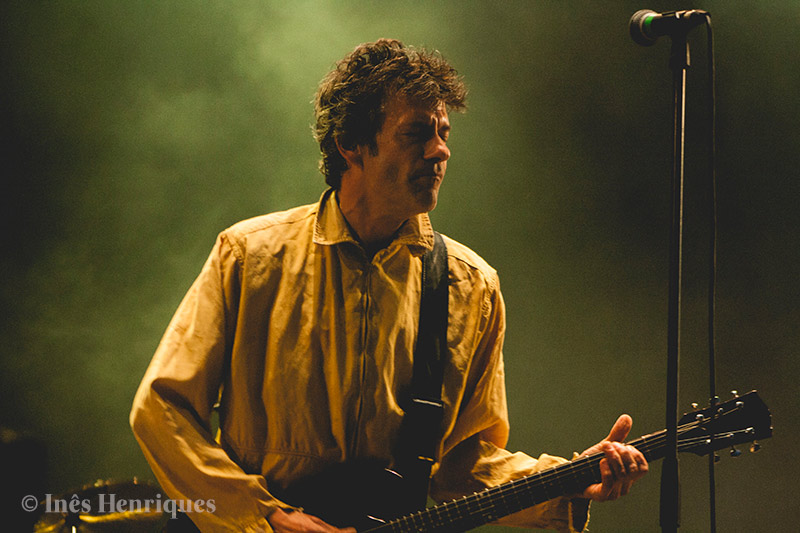 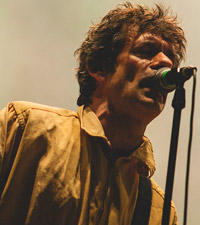 We ran through the main stage to see The Replacements, and it seems like time has been kind to Paul Westerberg. Jumping around, his voice as good as always, Westerberg certainly looks younger than he is. He thrashed one of his guitars, mentioned this was their last show ever (is it?), sang classics like “Bastards of Young”, “Androgynous”, “The Ledge”, “Can’t Hardly Wait” or “Waitress in the Sky” before jolting into an encore that started with a version of T. Rex’s “20th Century Man” and ended in apotheosis with timeless classics “Left of the Dial” and “Alex Chilton”.

Sun Kil Moon was starting at the Pitchfork stage, one we couldn’t miss for anything in this world. The true fact is that we never know what to expect from Mark Kozelek, former Red House Painters. The never to confess fact is that we are fascinated by him since we know about his record label being San Francisco based Caldo Verde, the name of a traditional Portuguese soup, hugely appreciated by locals.

Having heard the rumors of a great turmoil at the Primavera Sound in Barcelona, where he cursed at a journalist and had a foul humor all through the gig, here in Porto it was surprisingly (or even bipolarly) different. He made a warm welcome to the crowd, invited Portuguese guitarist from local band Blind Zero, Vasco Espinheira, to accompany him and even almost forced Hamdan to come onstage to perform a duet, Sony and Cher alike, “I’ve Got You Babe”. And not even the fact that Hamdan didn’t know the lyrics discouraged him.

“I love you guys, I wish you could be closer to me. Thanks for being here!” got the mood for the entire gig. A great visceral show, which made no one indifferent to the amazing storyteller Kozelek will always be. “I’ll return to Ohio, where I know I belong,” echoed all through the Pitchfork tent in synch with the audience. Perfect moments of empathy and connection with the crowd like this one are rare and unique, more and more each day. One of the best of the whole festival, no doubt. 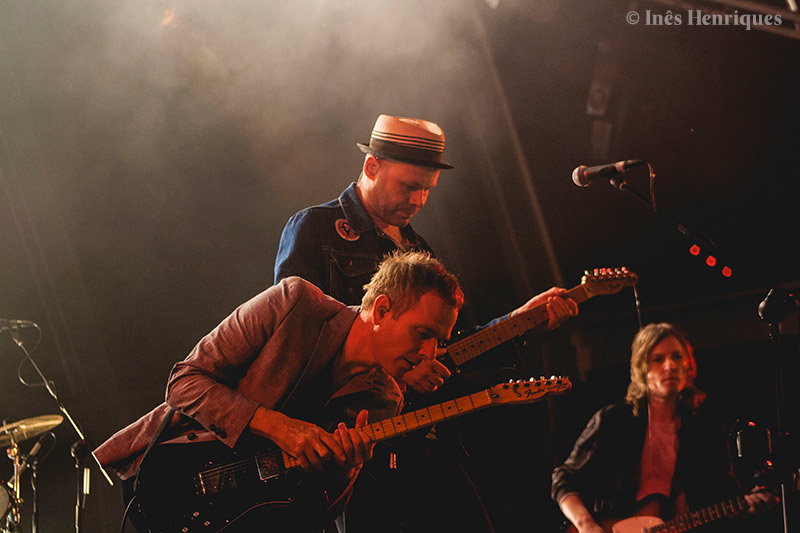 Belle & Sebastian and Spiritualized were in synch on stage. But the one everyone was waiting for was Antony & The Johnsons, which eventually didn’t come out as a great choice, due to the particular features of the festival and even the crowd. 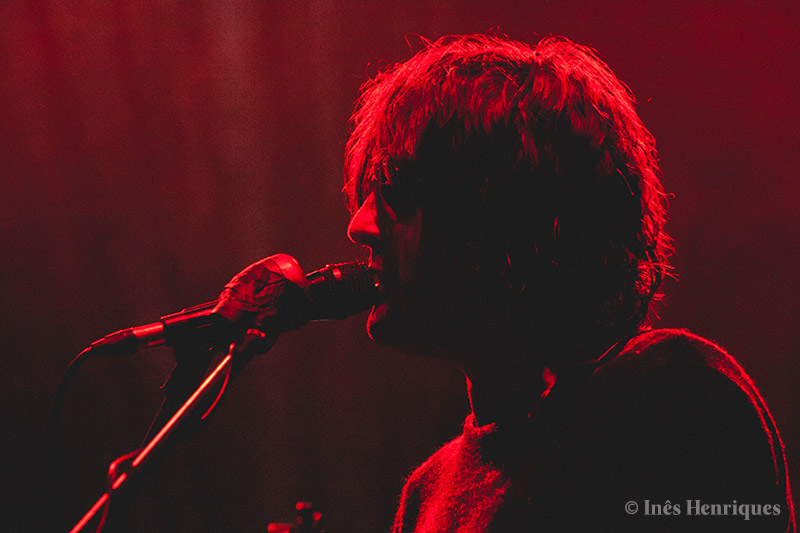 With an orchestra of more than 50 elements, Antony Hegarty came onstage on a Japanese Nô theatre set. All dressed in white, lights on the gown that covered him(her) to his(her) feet, never showing his(her) face, the melodic voice, angel like, soothed the crowd but, nevertheless, put down the mood of the most tired ones, sending them home sooner.

On screens, Chiaki Nagano’s “Mr. O’s Book of the Dead”, sent rare beauty and told stories of enchantment, but also of life, death and lost souls. It was after midnight and the crowd got restless, because they had no other bands to watch at the same time, as that was one of Hagarty’s demands to perform at the festival.

When it was over, simultaneously we had to deal with Run the Jewels, JUNGLE and Ariel Pink. Although we missed a huge party hosted by Run the Jewels at ATP Stage, with no regrets we headed to Ariel Pink, witnessed a bit of their sarcastic performance, dressed like women while singing and playing like we where somewhere between a hairband coming out of the late eighties and a hard rock scene from the nineties parody. 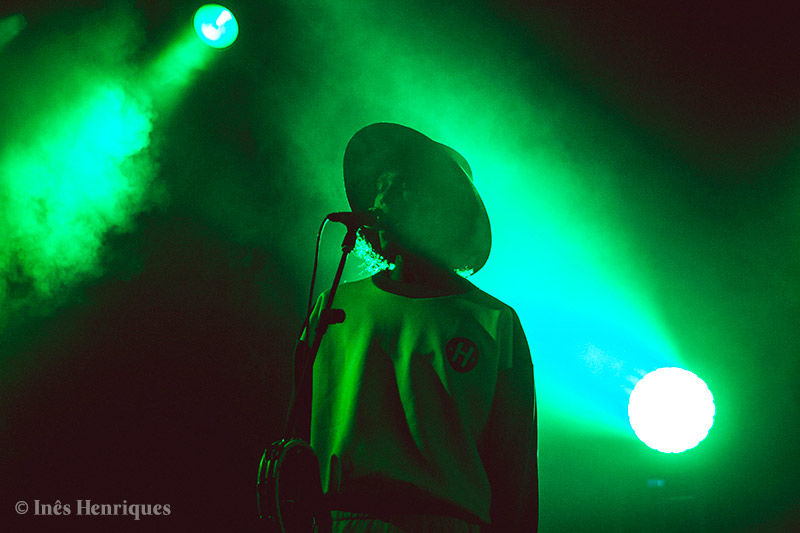 In a huge contrast from what we had witnessed and the main stage with Hegarty, right beside it JUNGLE made the night ending perfect and upbeat. We even risk to say it was the second biggest dancefloor of the festival, first being Underworld. With blasting singles as “Platoon”, “Busy Earnin”, “Time” and the most wanted “The Heat”, they threw one of the best gigs of this edition of the NOS Primavera Sound.

Everyone went home happy and dancing, and we dare saying the tunes kept on our ears and mouths for days to come!

Florence & The Machine – How Big How Blue How Beautiful