<img src="http://www.qromag.com/wp-content/uploads/2012/09/nudebeachii.jpg" alt="Nude Beach : II" /><br /> It's difficult to distance classic rock from its extensive history, which can make these sounds feel like they've been all but... 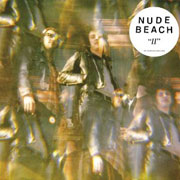 The first thing you do as an artist of any kind is spend a huge amount of time practicing your craft and then, if you’re going to be successful, you’ll have to absorb everything that came before you.  It’s a daunting task that gets harder every year, but like any great first album, Nude Beach’s II hasn’t just appeared out of nowhere.  Growing up on Long Island, the three-piece played together during their formative years in various punk outfits at any DIY space that would have them, before moving to Brooklyn four years ago and coming together as Nude Beach.  It seems that those punishing grinds allowed them to come full circle to a classic form of songwriting that’s more like Elvis Costello than Black Flag.  The tracks on II are deceptively simple, well-crafted pop songs that are easy to keep on repeat, and are inevitably going to get better with age.

The years of performing experience already behind them has left the band comfortable on stage with an ease that carries directly into their songwriting.  It’s an updated take on heartland rock, right down to that raspy vocal on traditional, working class subjects like love and alienation, the roots of any coming of age experience.  With a wisdom and grit beyond his years, Chuck’s swagger and delivery tackle these polished tracks, that at first could be confused as actually belonging to that time period, an overlooked influential album from a forgotten band.  But II never sounds stuck in the past, instead celebrating the honest ideals of pure rock and roll.

"Walking Down My Street" carries all that blue jean Springsteen angst, heart-on-a-rolled-up-sleeve style, into a more contemporary direction.  Combined with an Elvis Costello-style strained harmony and his effortless catchy pop, the defiant attitude is pure American heartland, or really a logical return to that enjoyable hard rock sound.  "Some Kinda Love" even takes a page from The Replacements with its shimmery, high-strung rhythm guitar and bouncy melodic line.  Chuck is channeling that early punk angst into an impassioned plea to give him a reason to come back, turning it into a highway soundtrack of leaving for good.  "You Make It So Easy" proves the band doesn’t have to always rock at terrific speed.  Their brand of heartbreak has a softer side, and this is their ballad that contradicts the macho posturing of ripped jeans and pickups.  When it’s said and done, it’s about love, when the tortured energy is twisted out of the sadness.  "Keep it Cool" reaches furthest back to a ‘50s Chuck Berry, slow strummed reverb electric, a throwback rockabilly sound.  Betz’s snarling attitude is all over this, trying to keep his composure, failing to let these emotions get the better of him.  "Love Can’t Wait" is an obvious single, the Tom Petty "Free Fallin’" sound is heavy, a single strummed acoustic as Chuck’s understated look back at being sixteen.  Revving up this vintage rhythm into blasted, Red, White & Blue rock, Chuck directs his raw sincerity into another barnburner.  Like everything else on this record it’s all about those uncontrollable emotions… you can’t expect to find the right time to fall in love and you can’t get to the bottom of those basic truths buried under layers of fashionable sounds.

It’s difficult to distance classic rock from its extensive history, which can make these sounds feel like they’ve been all but used up in the past thirty years, but it’s the sincerity of the trio that makes this stand out.  Trends and style haven’t swayed their direct approach.  When you have raw talent like this there’s no reason to water it down with tricks.  They build on straight garage rock and the revered artists that came before them, reworking those tried and true formulas that aren’t so simple stripped bare, leaving nothing to hide behind.  Nude Beach is letting it all hang out and getting away with it.