<img src="http://www.qromag.com/wp-content/uploads/2012/04/oddfuturetapevol2.jpg" alt="Odd Future : Odd Future Tape Vol 2" /><br /> "Once upon a time, there was this group of dusty ass motherfuckers, created a little group for... 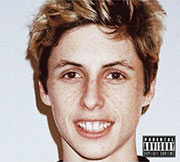 “Once upon a time, there was this group of dusty ass motherfuckers, created a little group for theyselves, they called themselves Odd Future,” L-Boy growls on the introductory track to the latest installment of the Odd Future fairytale.  Parents!  Lock up your daughters, for this is no ordinary bedtime story.  These L.A. wonderkids have been harassing us with their prolific output of controversial rap since early 2008, bringing an element of fun back into hip-hop that had previously been lost somewhere between the guns and bitches.  Headed, and perhaps initially outshone, by hipster overlord Tyler the Creator (QRO album review), recent times have given the lesser known members a chance to excel, namely Syd the Kyd and Matt Martians’ trip-hop-slash-R&B creation The Internet, and Hodgy Beats’ and Left Brain’s side project Mellowhype.

Whilst their previous mixtape was primarily concerned with busting rhymes about everything from necrophilia to rape and every other controversial topic in-between; this time they are a little more restrained, and encased between more pleasant tracks detailing dancing with girls and first loves, courtesy of The Internet’s “Ya Know” and token nice-guy Frank Ocean’s “White”.  Left Brain produced “Forest Green” sees underrated Mike G capable of going solo, with his catchy hook and laid back flow, music video sensation “Rella” bursts with live potential, whilst Tyler’s “Analog 2” provides a chilled hazy swirling of synth and summery ambiance.  Album closer “Oldie” is a ten-minute showcase of the group’s talents; even Jasper ‘not even a rapper’ Dolphin puts in a few bars.  The real highlight of this track occurs at 7:11, a moment that sees the triumphant return of super-talented 18-year-old, Earl Sweatshirt, fresh from his year of extradition by his mother to a Samoan military school.  Arguably, it is this appearance that makes this album so striking: it captures the beginning of a new chapter in this unconventional fairytale; and whilst there’s not yet a happily ever after, they are at last reunited with their hero, who has finally returned home; victorious.

The War On Drugs