OK Go are doing it right - confetti and handbells included. ... 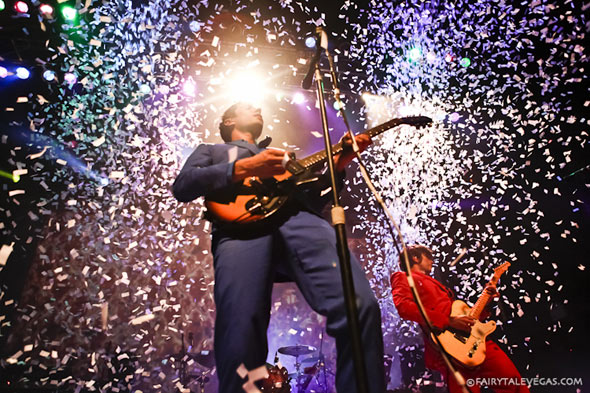 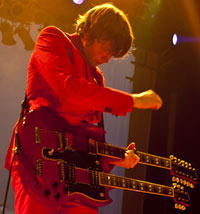 OK Go are doing it right.  They see where the music industry is heading and they have an understanding of social media.  Whether you know them as the guys in the treadmill video or the ones who made the Rube Goldberg machine, you’ve probably heard of them before. 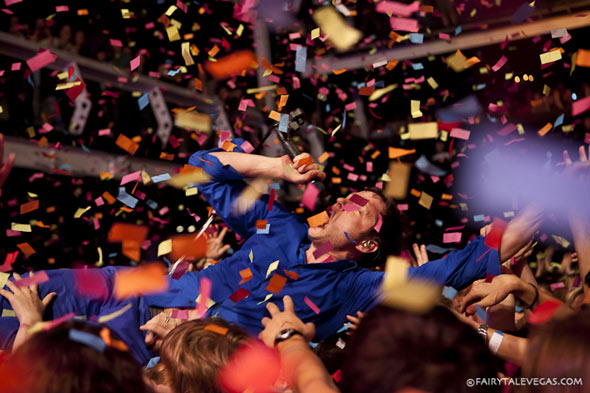 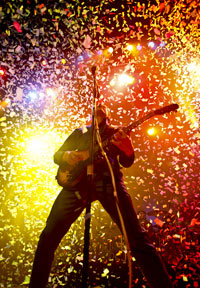 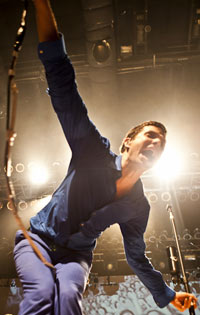 They put on a spectacular show at New York’s Terminal 5 (QRO venue review) on Friday, October 29th, constantly were outdoing themselves.  Confetti blasted during their first song.  Right after you jokingly thought to yourself, “Needs more confetti,” OK Go not only had more confetti, but they kept raising the bar.  They played a song entirely on handbells, came into the crowd, and premiered their 3-D video for “White Knuckles”.  Now, you’re probably thinking they can’t top that.  But they did.

OK Go’s video for “White Knuckles” (not in 3-D, unfortunately): 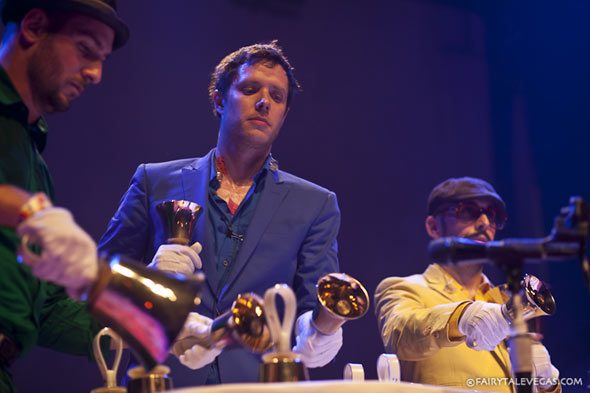 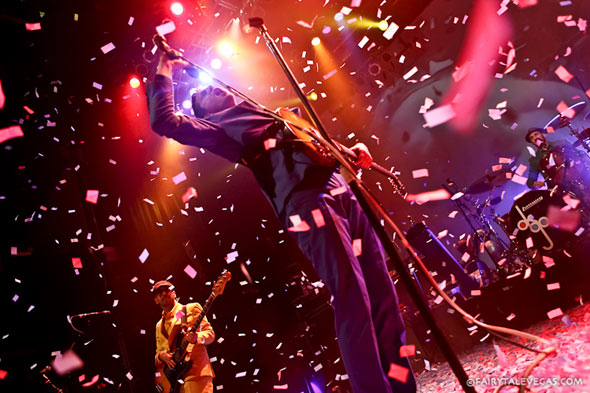 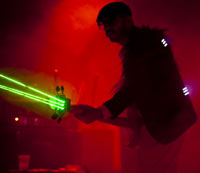 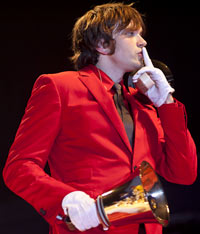 For their encore, they played their single “WTF” and quite frankly the title said it all.  They came out wearing jackets with LED displays on the back, and then proceeded to play fuzzy glowing guitars that shot out lasers.  LASERS.  It’s really hard to walk away from that and think, “Well, that show was boring.”

Photos of OK Go at Williamsburg Park in Brooklyn, NY on July 19th, 2012 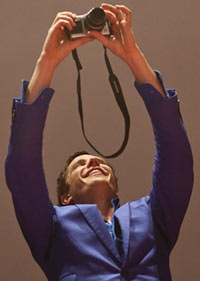 [note: also, it’s important to note how incredible this band is to their photographers.  I want to take the opportunity to publicly state how grateful I am that I was able to photograph the entire set from the photo pit.  I have never seen such a happy group of photographers at a show.  We didn’t have to stress about missing a moment (again, LASER GUITARS) and having to rush to take three songs worth of photos, and the images reflect that.  Thank you]

Between the laser guitars, the three-inch accumulation of confetti, and the damn good music, OK Go are definitely an act not to be missed.