Okkervil River : I Am Very Far

<img src="http://www.qromag.com/wp-content/uploads/2011/06/okkervilriveriamveryfar.jpg" alt="Okkervil River : I Am Very Far" />There's something very understated about a band that is known as an indie mainstay in one sense, and yet... 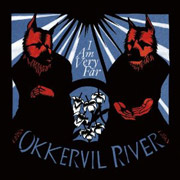 There’s something very understated about a band that is known as an indie mainstay in one sense, and yet continually manages to escape the widespread recognition it deserves in another.  Despite its selfish connotation, your appreciation for them flows more freely, and they are often more apt to stretch the borders of creativity and originality.  This is the stature of long-time Jagjaguwar standout Okkervil River, and despite some minor hiccups, the band manages to do that and more on their latest, I Am Very Far.

As it unfolds, we see that the album is very far removed from the band that stormed out of an Austin garage little over a decade ago.  As Okkervil River has grown in elegance and magnitude over the years, front man Will Sheff’s (QRO photos) tender writing and intricate arranging has stepped into the limelight and has also led him into the producer’s chair.  The band’s work with Roky Erickson (QRO live review) last year proved the first test of this newfound ability (QRO album review together), but Sheff-produced I Am Very Far is in a league of its own, relative to that laid-back folk environment and the much-less-refined music of their younger days.

Click here for photos of Okkervil River at 2011 80/35 Music Festival in Des Moines, IA in the QRO Concert Photo Gallery

Indeed, the opening few songs demonstrate this to a ‘t’, although the music isn’t so much endearing as it is ‘out there’ early on.  While the Springsteen (QRO live review)-ish “Rider” is enough to engage you, for example, the eccentricity of Sheff’s lyricism can make you sway in and out of whatever attachment you develop to the album’s early offerings.  Ironically enough, the key to I Am Very Far‘s evolution is rooted in childlike imagination – namely the powerfully inspired and overtly graceful “We Need a Myth”, which consumes you in emotion and relation, two of the album’s most sought after ingredients.

From there, Okkervil River rides the waves of those crashing crescendos, most notably in the soaring chorus of “Show Yourself” and light hearted, summertime feel of “Your Past Life as a Blast”.  Then it’s time for lead single “Wake & Be Fine” to build you up one last time, before “The Rise” – perhaps the best slow song the band has released since “Girl In Port” – softly lays the album to rest…  And while a little too much of its first half feels hollow, a heartfelt turn midway does ultimately make at least the second half of this record well worth a listen.