One Direction really do seem to appreciate what they’ve accomplished and it’s refreshing to see a band acknowledge the fans that put them in this position.... 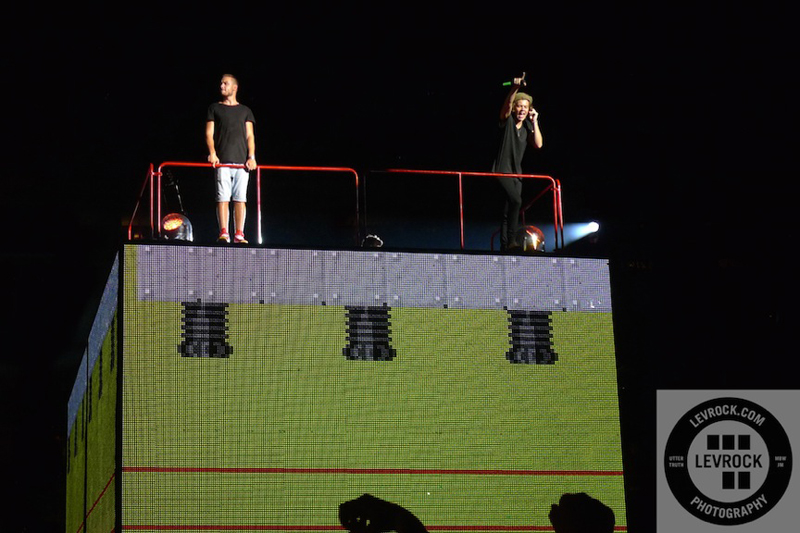 One Direction really do seem to appreciate what they’ve accomplished and it’s refreshing to see a band acknowledge the fans that put them in this position, playing Met Life Stadium in East Rutherford, NJ on Tuesday, August 5th.

It really is a magical experience for their fans – and the guys effectively use every concert cliché that probably 99% of the audience is experiencing for the first time:

What was also interesting was the age range; there were girls as young as five all the way up to early twenties.

Two seven-year-olds were behind me; one turned to the other and said, “Okay, on three let’s scream as loud as we can!  Ready? 1, 2, 3…” (well, you can imagine how piercing it was).

When they were on a riser in the middle of the stadium they moved around making sure that they worked every side of Met Life Stadium. 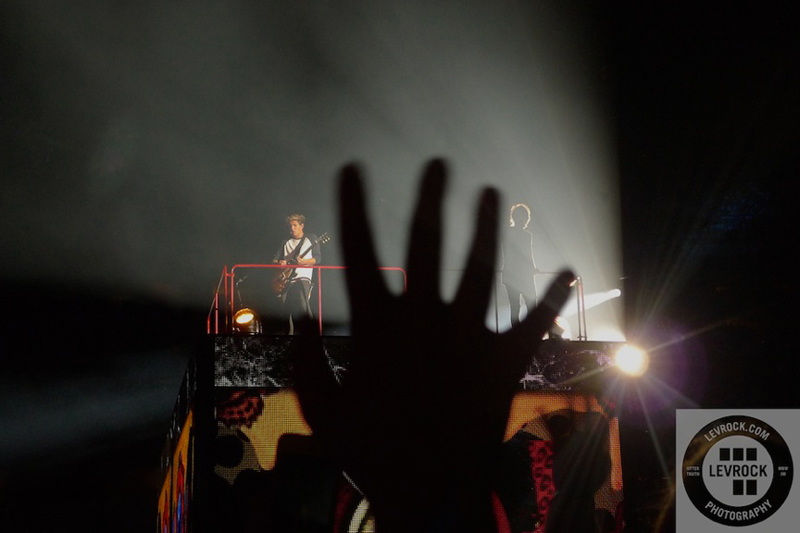 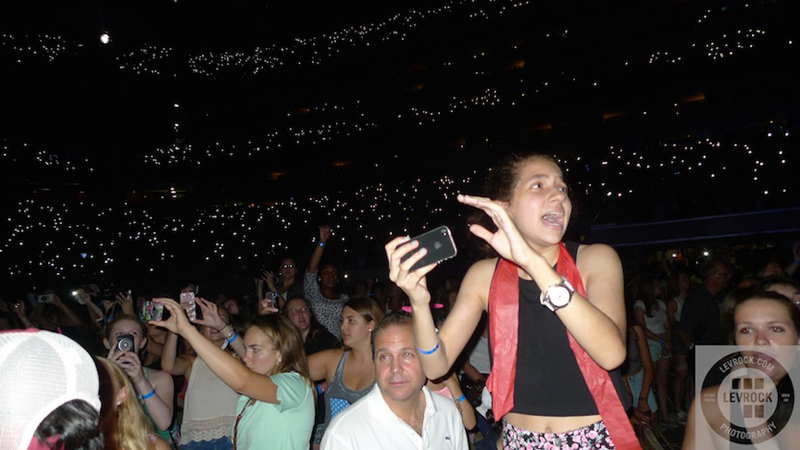 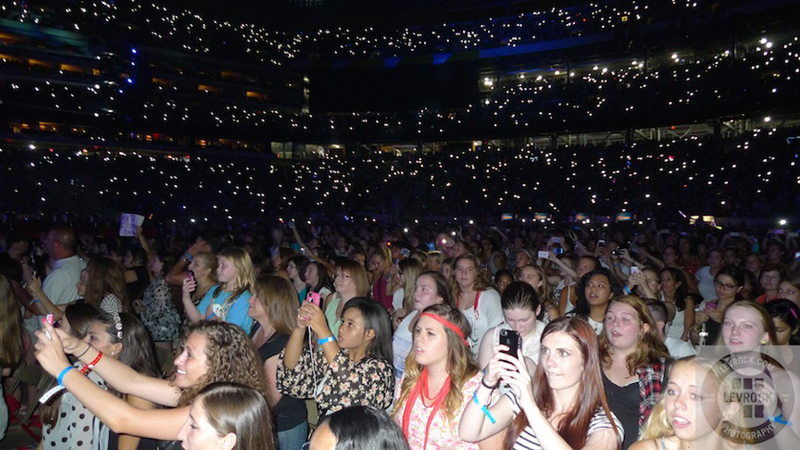 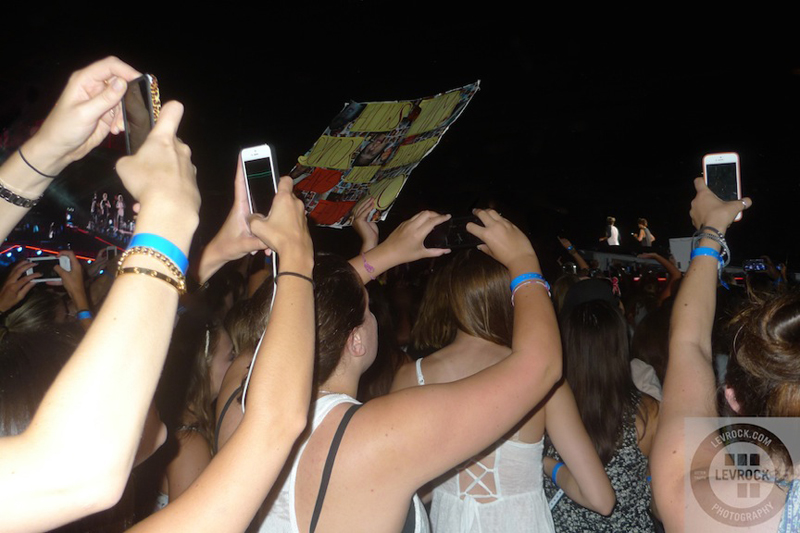 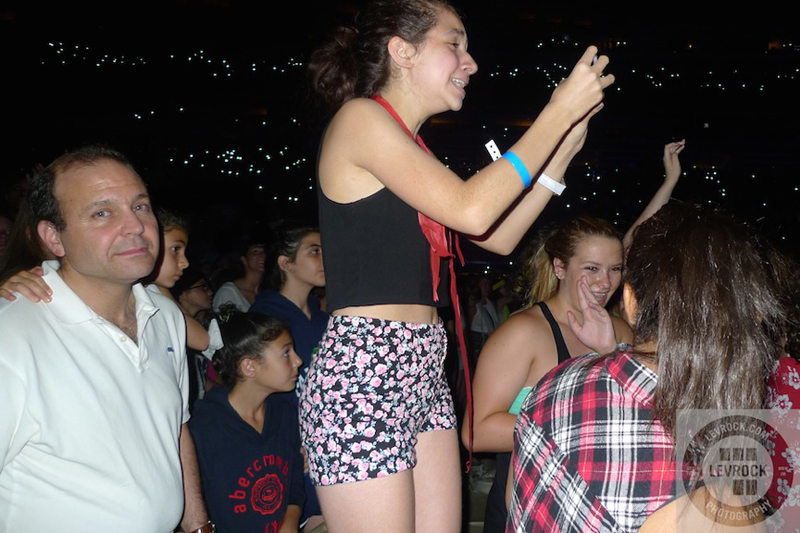 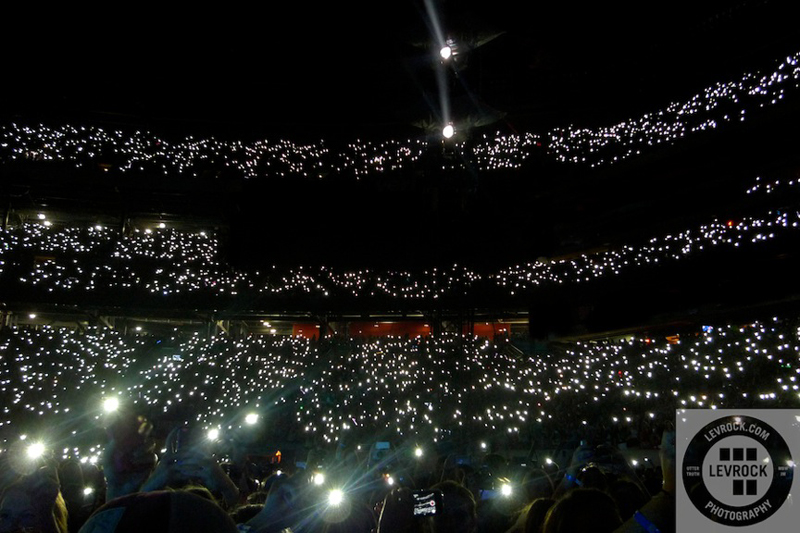 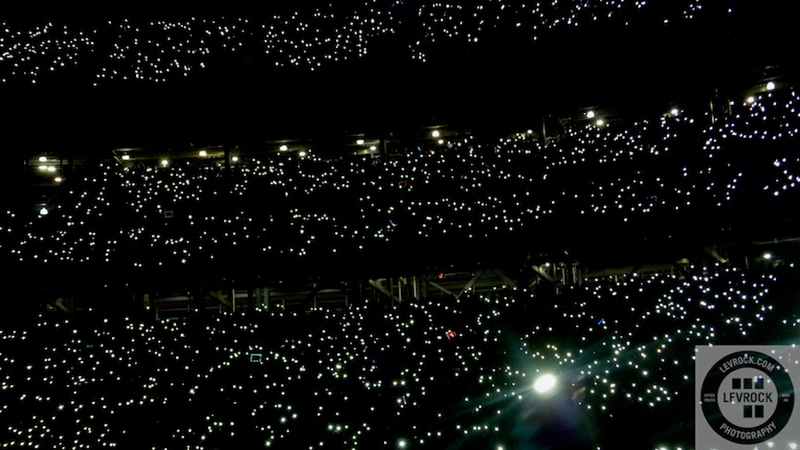 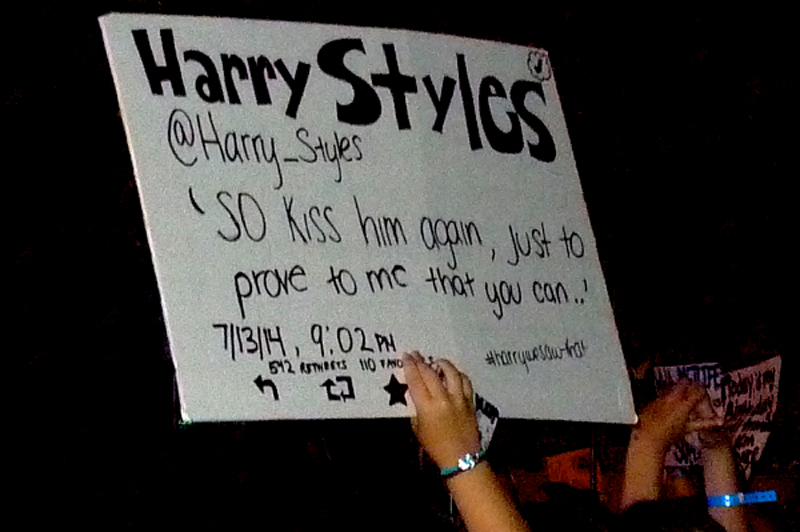 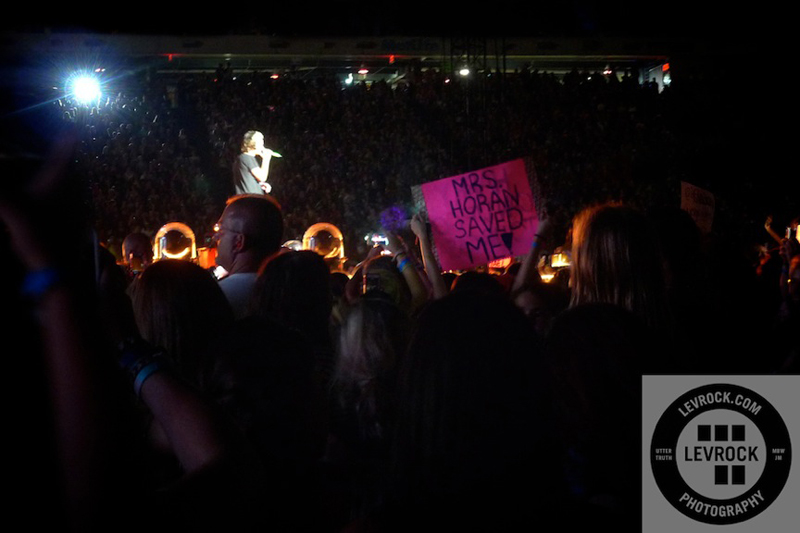 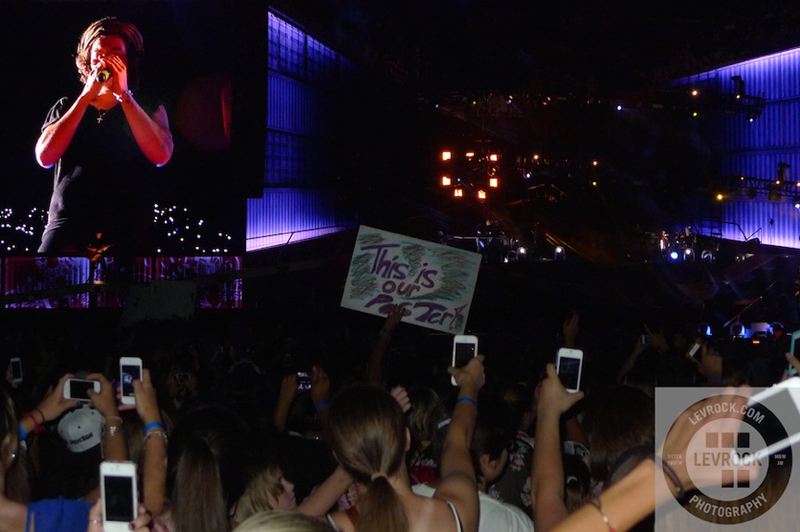 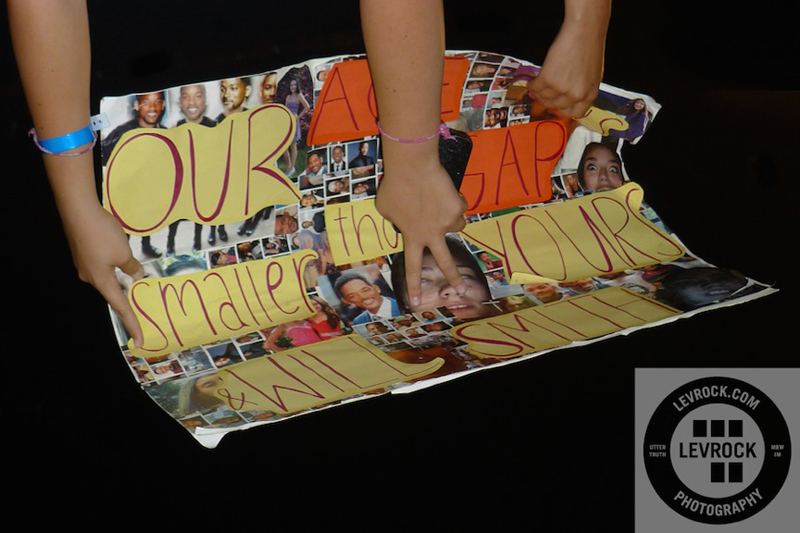 Parents endured it by looking at their phones or by covering their ears: 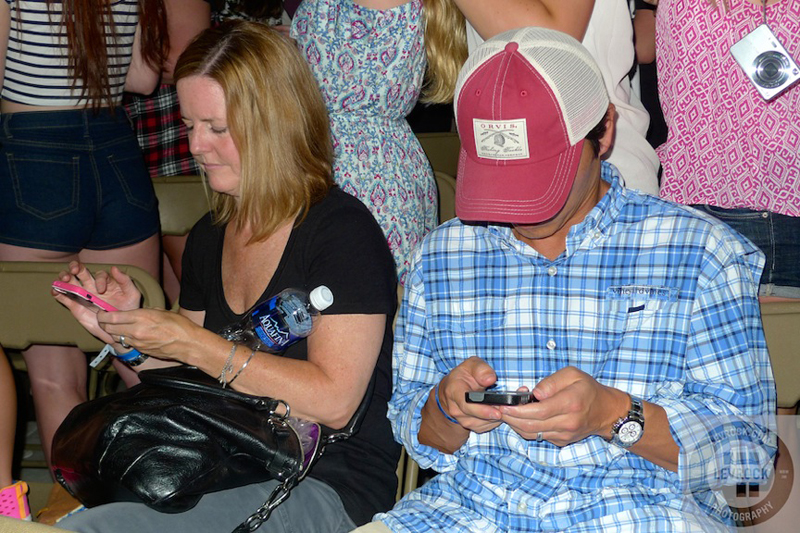 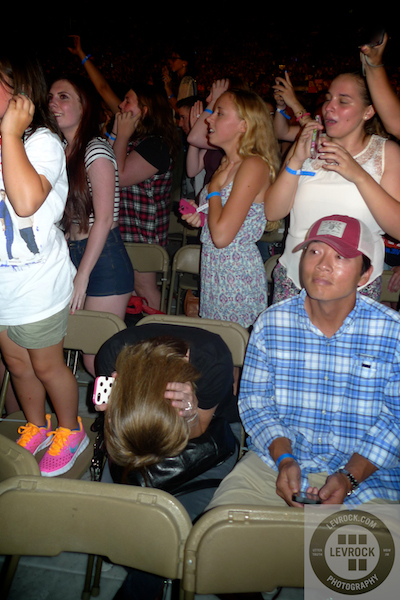 But parents will go things for their kids so they can have this type of result: 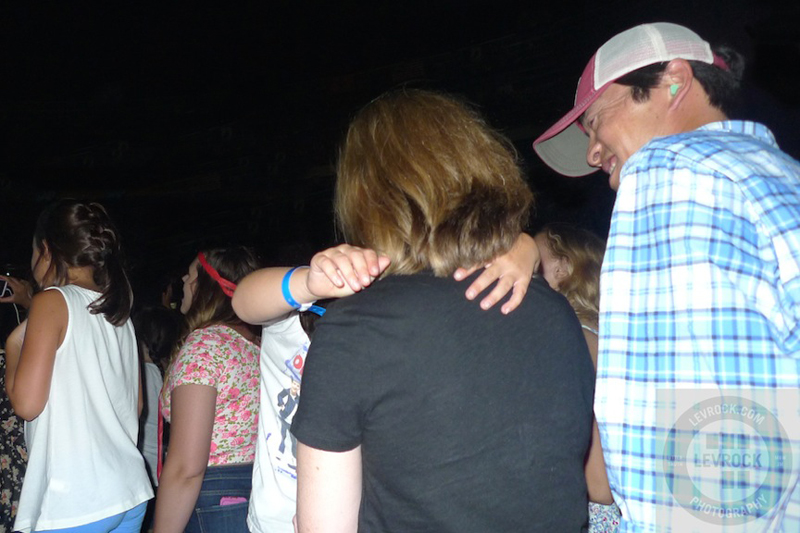 Since the audience was heavily female, the stadium switched 19 bathrooms from men to women.

I guarantee that you will never see the men’s room look like this immediately after a Giants or Jets game (or a Springsteen concert): 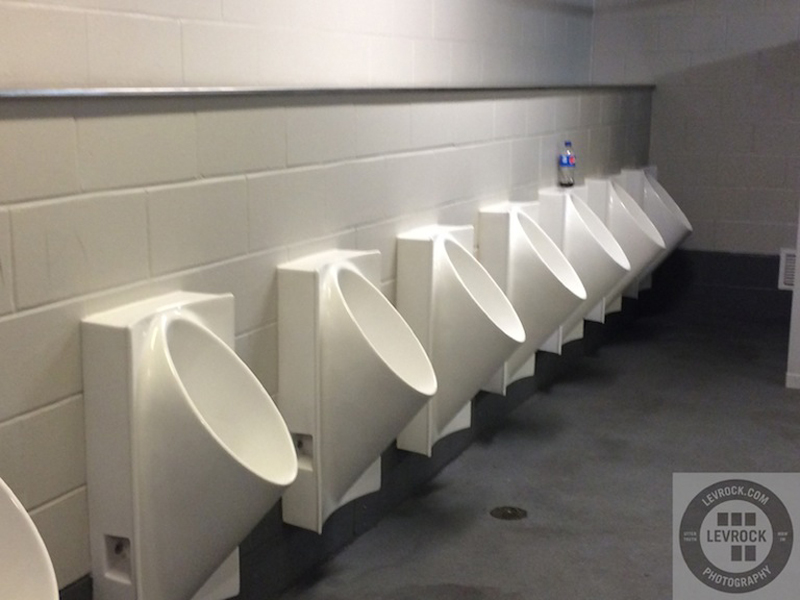 At the end of the day, 1D bring this immense joy in a world that is splitting at the seams.

And there’s nothing wrong with that.

Through their various revenue streams they are a billion dollar b®and: 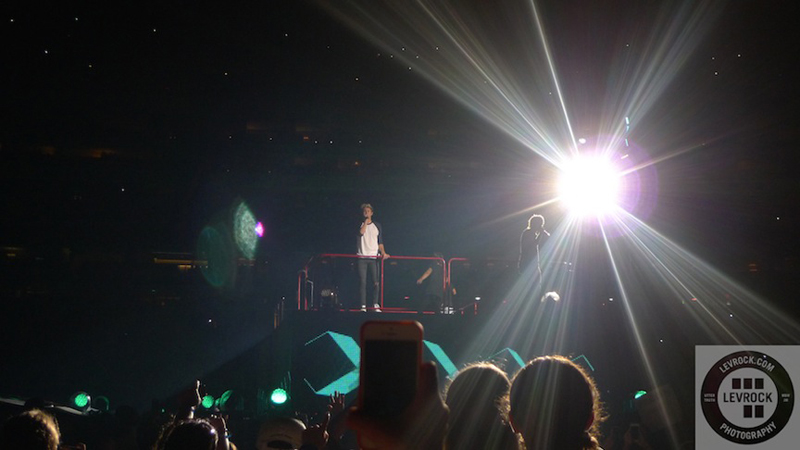 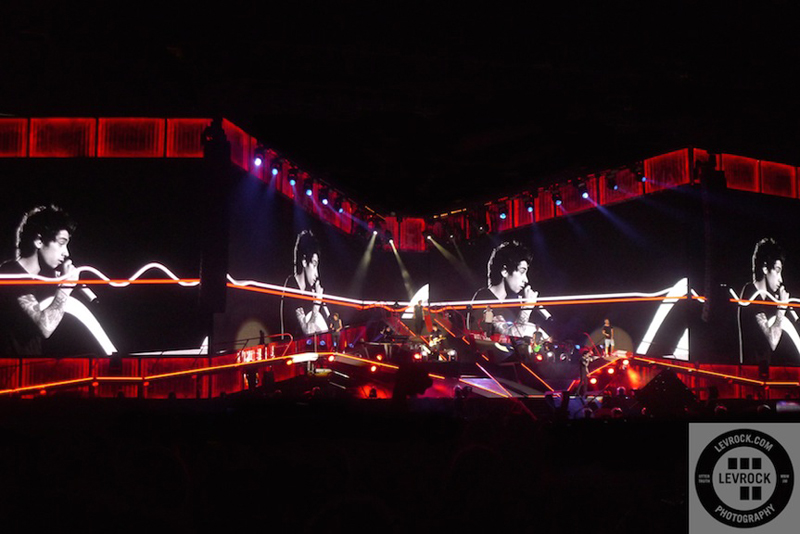