Wear might have begun to show on music fans on the final day of Osheaga, but the festival kept on rocking.... 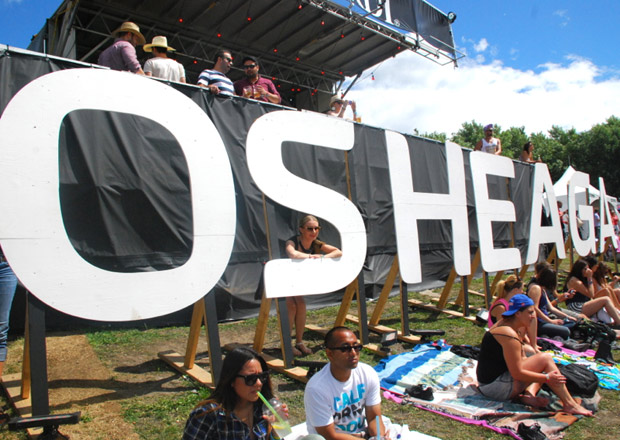 In 2010, Montreal’s Osheaga Music Festival made a major statement with one of the best two-day line-ups of any festival in North America (QRO recap). In 2011, Osheaga upped their game by expanding to a shortened third day (QRO recap). And last year, the festival expanded again, making that Friday as big as Saturday & Sunday, not to mention expanding the actual festival grounds (QRO recap). For Osheaga ’13, the festival could only add a bit in size to the actual festival grounds, but managed to keep the top-tier line-up that its become known for by this point. And QRO was there, August 2nd-4th.

Wear might have begun to show on music fans on the final day of Osheaga, but the festival kept on rocking. 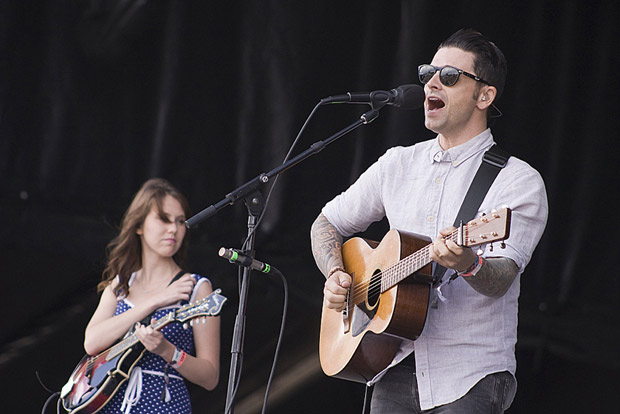 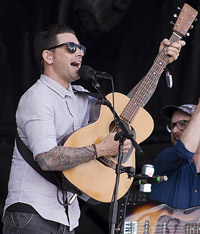 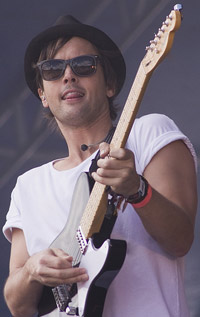 The main stages at Osheaga opened up the final day with a pair of newer acts, Twin Forks and Atlas Genius.  Admittedly, Twin Forks is the new band from Dashboard Confessional frontman Chris Carrabba – and they were only playing that early in the day because they had to fly out to Iowa, of all places.  Meanwhile, Atlas Genius was more rockin’ than on record (QRO review) – though still not that rockin’. 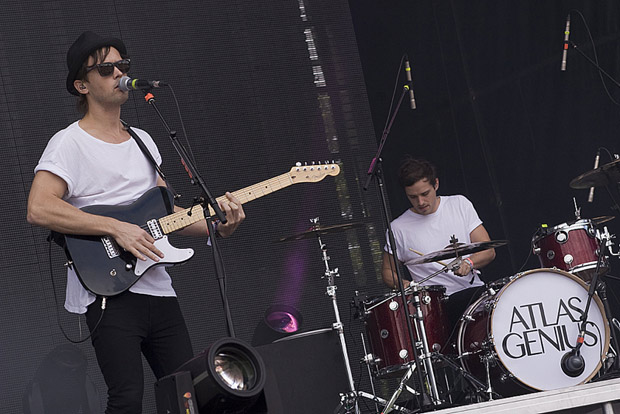 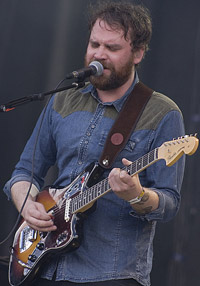 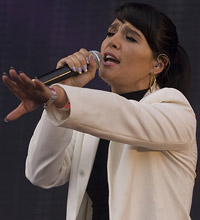 Coming back to Osheaga’s main stage for a second year (QRO photos from Osheaga ’11) was Frightened Rabbit.  Singer Scott Hutchison was in a good mood, at one point asking fans to dance, by picking someone they fancy and taking an arm, “Don’t grind; it’s early in the day – there’s plenty of time to grind when the sun sets, and I think there will be rappers on later who will tell you different.”  This was to “Old, Old Fashioned”, after which he joked, “In nine months, will we have some Frightened Rabbit babies?  Some miserable, miserable babies?…”  The group actually sounded more upbeat, even asking the crowd to make a “giant, Osheaga-shaped accordion” to hold one note for “Swim Until You Can’t See Land” – noting that it shouldn’t be hard, because Toronto could do it (Hutchison admitted that was a cheap way to get them to do it), and told the crowd who at first seemed sheepish that he cared about volume, and, “I don’t give a shit about quality…”  A bit of Scottish rain came on after the Scottish band ended, but cleared up early into Jessie Ware‘s set. 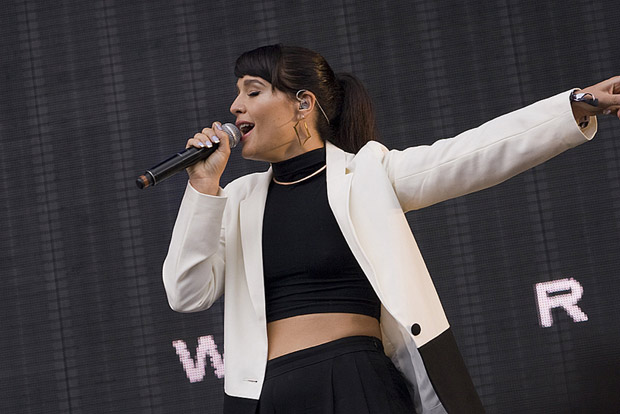 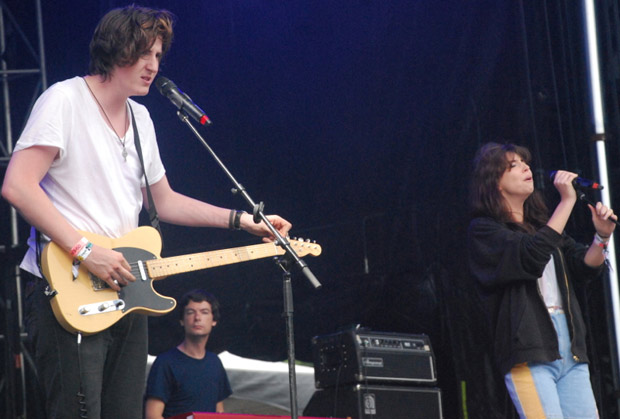 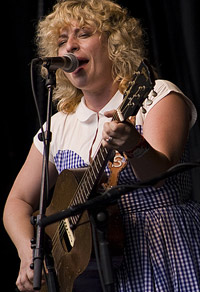 While Saturday saw the main stages superior to the side ones, it was the side stages where the action was at on Sunday.  Little Green Cars were more orchestra-grand, choral vocals than you might have expected.  They closed with their strong single “Jon Wayne”, a song that’s easy to fall in love with, even if it’s their best (think Animal Kingdom and their single, “It Only Comes In Waves” – QRO album review).  Meanwhile man & woman on guitar & drums, switching instruments at time, were Shovels & Rope – very backwoods, but cheery (if a little ‘backwoods-lite for easy consumption’). 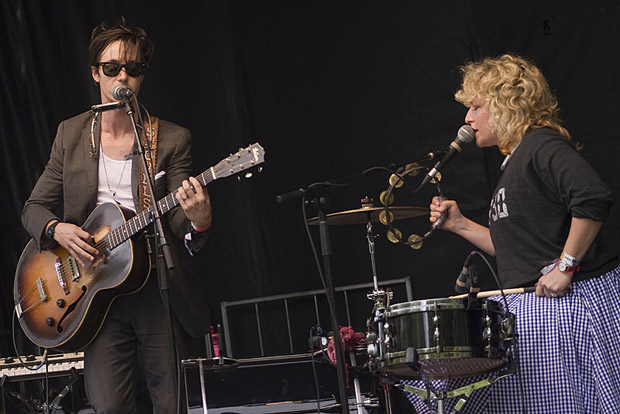 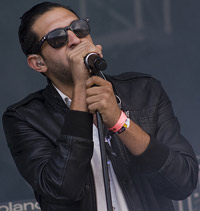 Every festival has one act on a side stage that draws a mammoth crowd, which makes you think that they should have been booked on a main stage.  In 2011 it was Ellie Goulding (QRO photos), who was wisely put on a main stage this year.  For 2013, it was Icona Pop, who had fans fill the entire Green Stage lawn (and that ‘side stage’ ain’t exactly small…), all the way to the hill in the back, despite the act’s last-minute time switch with the now-following Holy Ghost!.  Of course, no one there was gonna leave before the last song of Icona Pop’s set, considering that you knew it was gonna be international hit “I Love It” – a song so popular it’s even been covered by Cookie Monster… 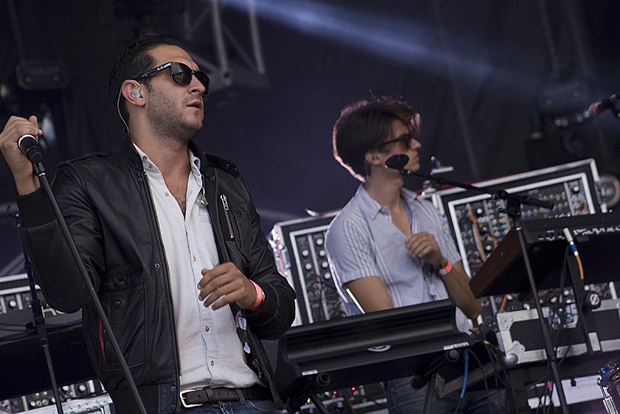 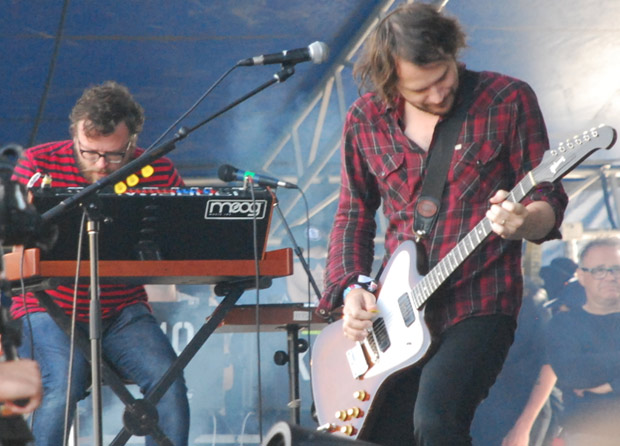 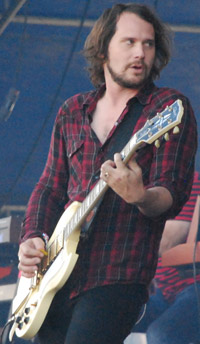 Back on the main stages, ‘The Screaming Eagle of Soul’, Charles Bradley busted it at Osheaga, from vocals to hip shaking.  It seems like every big music festival these days has to have a throwback, soul and/or reggae, but Osheaga at least picked a good throwback in Bradley.  Much more modern was Silversun Pickups, who had a strong crowd despite being up against Icona Pop.  The Pickups’ fuzzier, upward-reaching indie-rock goes down well at a festival during the day.  It was also one of the first shows back for bassist Nikki Monninger, who had been away for a year, giving birth to two baby girls (which got huge cheers when announced). 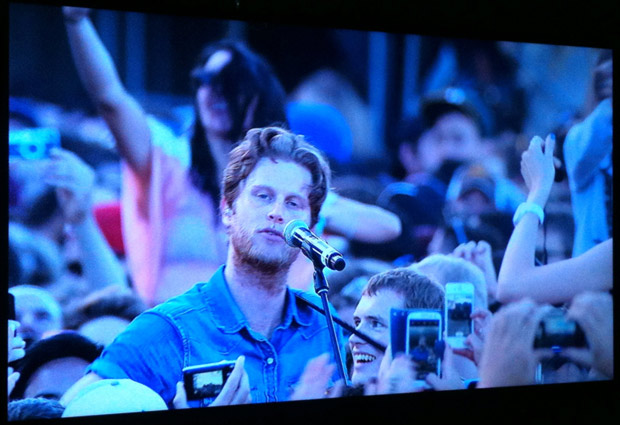 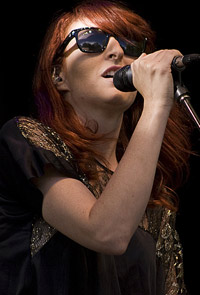 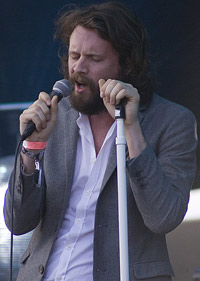 Rappers Big Boi and Kendrick Lamar played the main River Stage.  Like Macklemore & Ryan Lewis the day before, Lamar was particularly impressed with the reception he got on his first-ever visit to Montreal – the city has a lily-white reputation, as it is in Canada, but has a history of being open culturally.  Country-folk artists The Lumineers came on in between them on the main Mountain Stage.  The Lumineers were coming off appearing on The Colbert Report (QRO Indie On Late Night TV), and even had a song where frontman Wesley Schultz played from inside the crowd, though they still sounded exactly like headliner Mumford & Sons (see below). 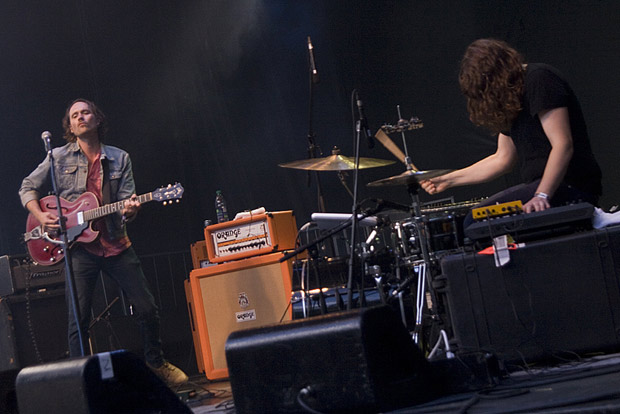 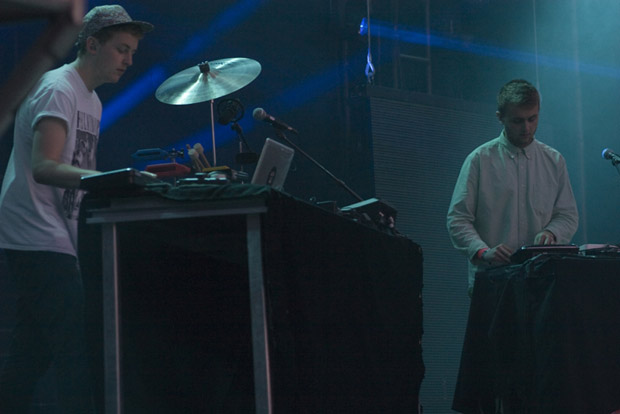 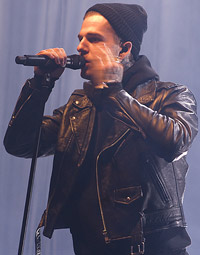 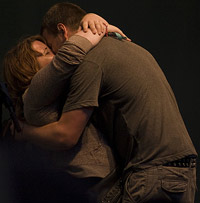 Meanwhile, the side stages had the likes of Hannah Georgas, Dusted, Father John Misty, Hollerado, Disclosure, The Neighbourhood, and Hot Chip (who can still rock like a monkey with a miniature cymbal) to close out the night – the best moment was when a fan convinced Hollerado to let him on stage to propose to his girlfriend (who accepted the ring). 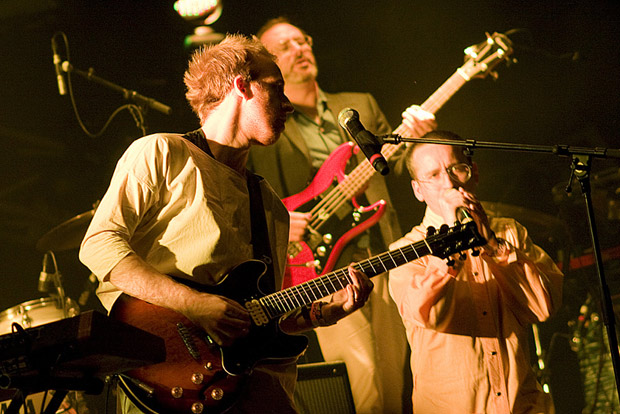 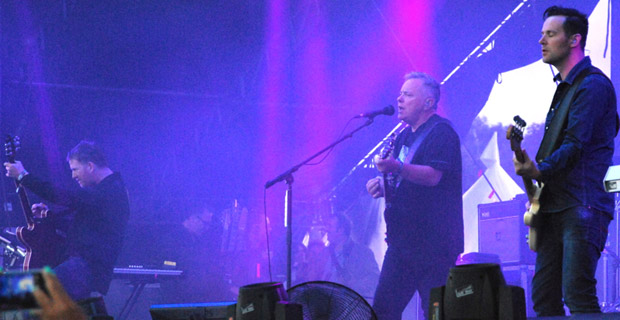 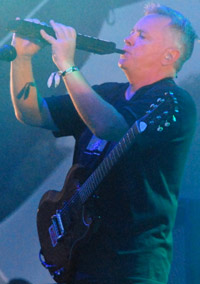 Yes, it was older folks who were most into New Order – but all of their songs, even the ones you don’t know, are enjoyable.  They’re kind of an ‘upbeat New Wave’, which would sound impossible, but New Order did emerge from the band that basically originated New Wave, Joy Division.  They played classic singles “Bizarre Love Triangle” and “True Faith” back-to-back, surprisingly – and ended with Joy Division ultra-classic “Love Will Tear Us Apart”.

There was a ginormous crowd for the return of Mumford & Sons, who are back on tour after bassist Ted Dwayne’s brain surgery forced them to halt their summer tour (QRO photos from right before that tour was halted).  The immense mass of people was difficult to deal with for a fan, considering it was dark by then, and all of those corporate-sponsored pseudo-VIP-ish areas rimming the River Stage crowd area made it even harder to navigate within the audience, as none had barriers that were visible at night.  The band did an ultra-quiet rendition of Bruce Springsteen’s “I’m On Fire” second-to-last, and of course closed with “The Cave”, including confetti (though Arcade Fire did that better on the same stage in 2010 – QRO photos). 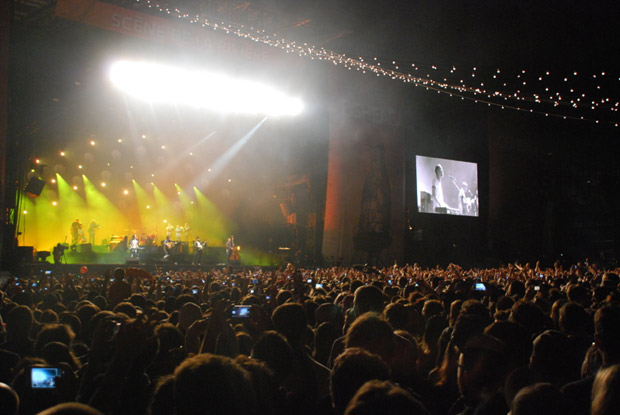