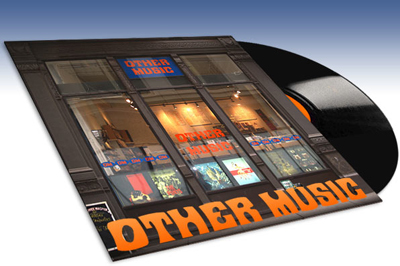 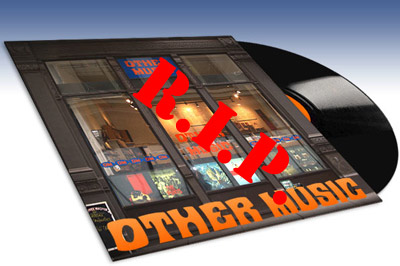 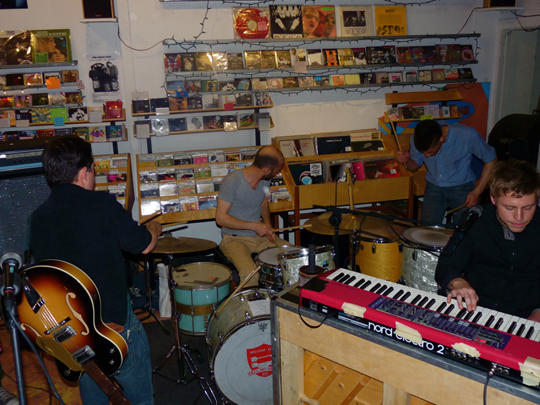 Other Music is located on 15 East 4th Street, Manhattan, at the corner of 4th and Lafayette.  It lies just to the west of Washington Square Park and NYU, two blocks southwest of Lit Lounge, five blocks north of Housing Works Bookstore Cafe, and seven blocks south of Webster Hall.  In addition to being a record store that also holds in-store events, Other Music also sells tickets for many venues.

For in-store concerts, the central area of the record store is cleared out, with bands and their equipment there (sometimes acoustic), and the crowd just in front of them, closer to the door.  For in-stores, the store is closed and a line forms outside, length depending on the band & notice (they’ve also occasionally done free, but ticketed, in-stores for particularly popular acts, like The Breeders).  There is no bar or any refreshments at all on offer, being ‘just’ a record store, unlike the backroom bar of the late Sound Fix Records, or the café of the late Union Square Virgin Megastore ten blocks north (or Housing Works, which also has a bar).

Also unlike Sound Fix or Virgin, Other Music is still open to in-store events.  Many record stores in the Bowery/NYU area have closed and/or moved, both independent and chain, due to the growing popularity of online downloads and ordering (and the area’s higher rents), but Other Music (which also operates an online download store) is still here – at least for now.  So enjoy it when & while you can… 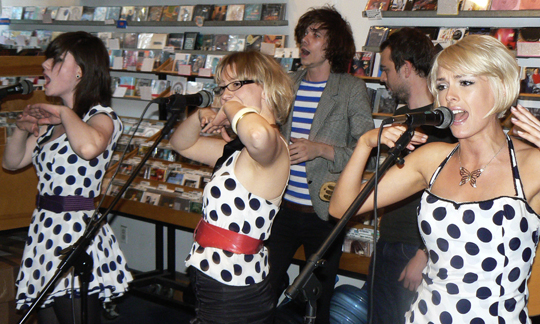