Oteil Burbridge kicked off the first of a two-show run at the North Beach Bandshell in Miami Beach.... 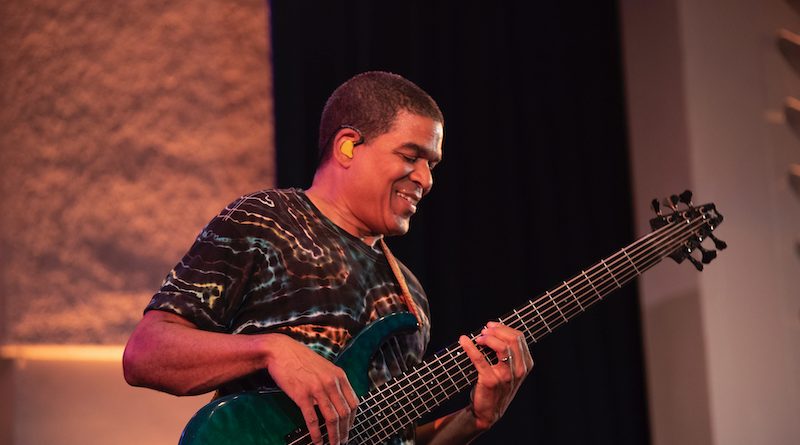 Click here for photos from Oteil & Friends at 2019 LOCKN’ Festival in Arrington, VA in the QRO Concert Photo Gallery

Oteil Burbridge kicked off the first of a two-show run at the North Beach Bandshell in Miami Beach on Friday night, April 23rd. The bassist brought his trio, guitarist Tom Guarna (Blood, Sweat & Tears) and Pete Lavezzoli (Jerry Garcia Band) to the beach for a socially-distanced show heavy with Grateful Dead covers.

The trio started the night off with the Weather Report classic “Elegant People”, followed by a set of Grateful Dead and Jerry Garcia staples.

Set number two opened up with a delicate take on the Jerry Garcia Band masterpiece “Rubin and Cherise”followed by another JGB number, “Gomorrah”and a stretched out and jammy “Help On the Way” < “Slipknot!” < “Franklin’s Tower” to wrap up the frame.

More Grateful Dead was to follow as the trio encored with “Stella Blue”and the Sugarloaf hit “Green-Eyed Lady”.

For those unable to make it to Miami the show was also streamed live via Mandolin.