Saturday night in a northern English city, the young and old still flock to the city centres to burn off the mental shadows created by the nine-to-five.... 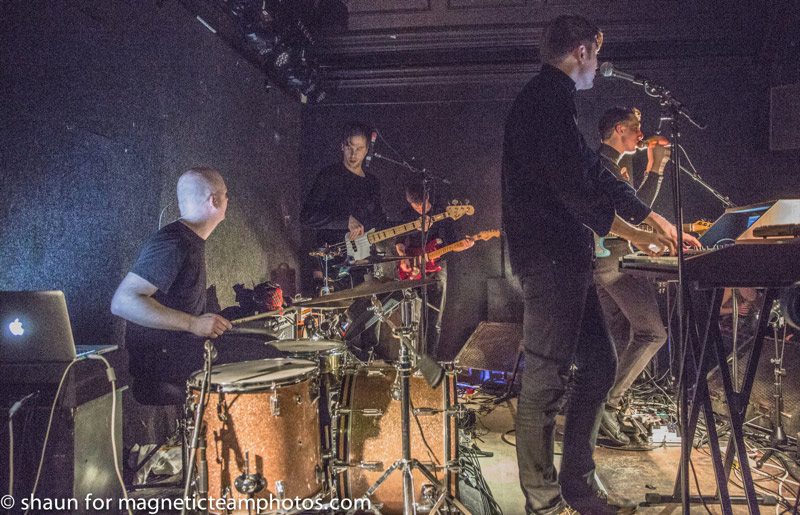 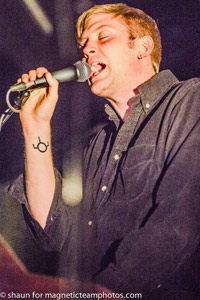 Saturday night in a northern English city, even in an era of austerity, belt tightening and impending financial meltdown, the young and old still flock to the city centres to burn off the mental shadows created by the nine-to-five.  The bars and cafés are teeming with life, so why are we in the middle of what the magazine The Quietus describes a crisis in the attendance at small clubs providing live music?

The Bodega in Nottingham on January 25th was by no means empty, but a swelling of the numbers by people prepared to take a gamble on live music would not go amiss.  The Quietus gives us a list of possible reasons for this apparent lack of support, ranging from bad attitudes to expensive requests on artists’ dressing room refreshments. 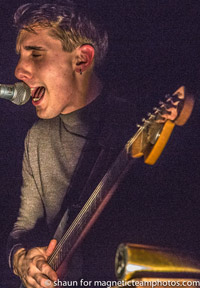 They however refuse to acknowledge that it could be the cult and culture of the egotist.  The group who see it as a sin to give time and effort to something or someone else, the group whose all consuming selfism prevents them from admitting that someone or an event could be more important or interesting than themselves.  They occupy the bars and clubs, discussing the shallowness that they inhabit.

They are the anti-creative; they refuse to acknowledge the risks and sheer audacity that the artists and musicians are prepared to confront, thus creating an environment where banality and unoriginality cease to exist.  The two groups of young men who are prepared to walk the line appearing at the Bodega were I Am Lono and Outfit. 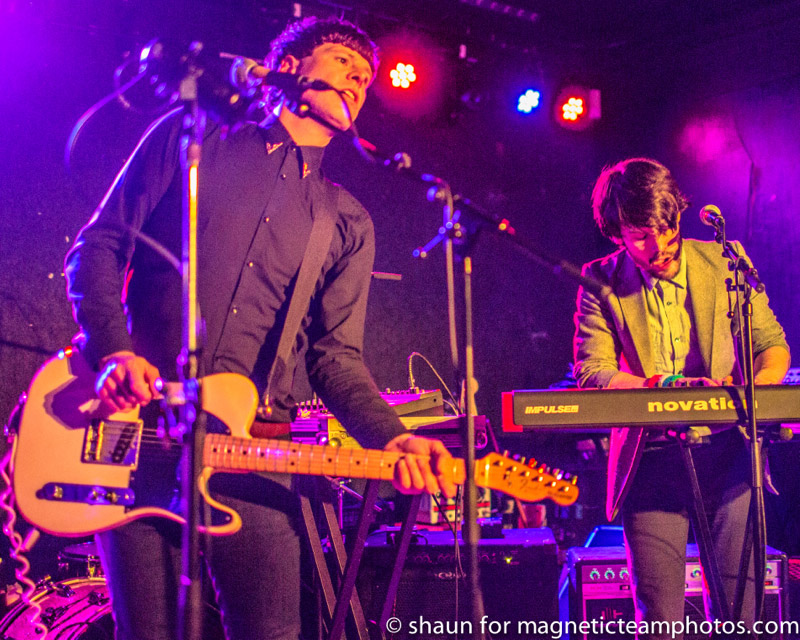 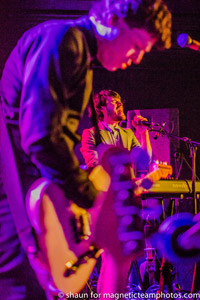 I Am Lono are well known on the local music scene, but perhaps this latest incarnation has not been witnessed by that many.  The duo has progressed exponentially after the release of the brilliant Leland EP.  It contained the electro fuzz not used so passionately since the early releases by Cabaret Voltaire.  They were brimming with confidence as they take their own combination of keyboard/drum machine and guitar pop to a crowd who aren’t allowed to remain ambivalent.  The set was a master class as a support slot, creating a short sharp dynamic that will remain, creating a new respect that their rejuvenation deserves. 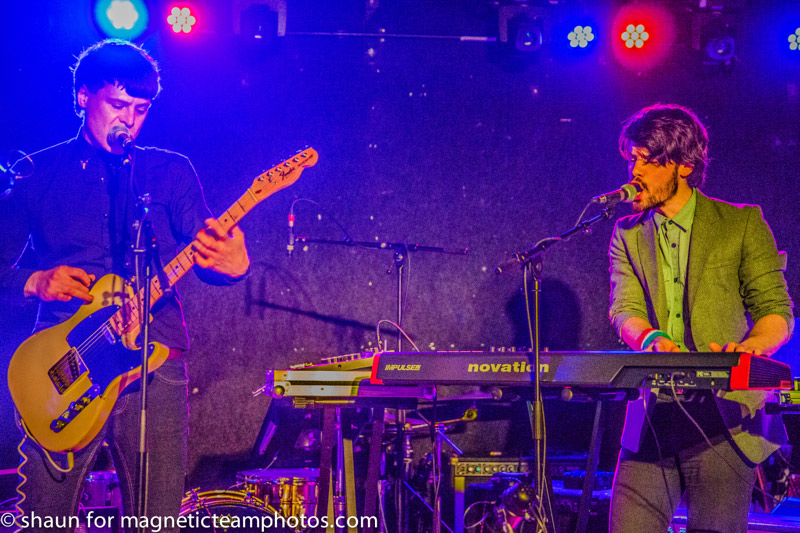 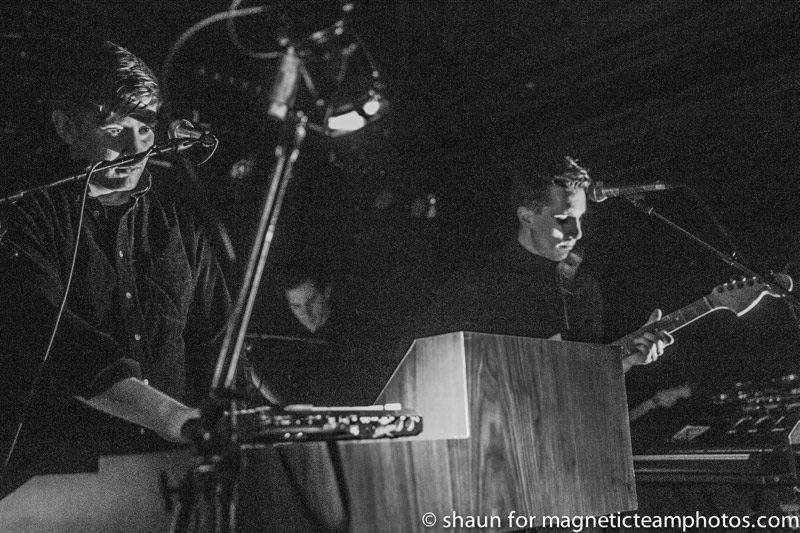 Outfit are the latest group to emerge from Liverpool’s effervescent musical conveyor belt.  They released their debut album last year, Performance, which has proven to be a most refreshingly challenging debut.  To try and judge on only an initial listen is a grave mistake, as it opens up like a precious orchid on subsequent encounters. 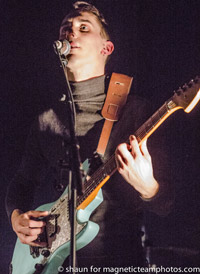 By the time Outfit entered the fray, the venue was close to but not full to capacity.  The numbers were swelled by a group of beer boys, out their depth as well as their minds.  The insults were traded between stage and protagonists and eventually stage presence triumphed and the battle of wills became a source of amusement.  This seemed to galvanize the bond between band and audience, creating a new, more visceral union.  The heightened vigour created an atmosphere where people began to dance, not a stage-diving mosh or raving insanely, but locking in to the harsher funkier grooves and just going with it.  “I Want What’s Best” was pure vibrant, as is the pop classicism of “Elephant Days”.  “Spray Paint” and “Performance” both took on a darker menace than their album versions, and then they were gone with no encore to conclude the show.  The communal experience has been shared that is both hard to define and impossible not to be moved by. 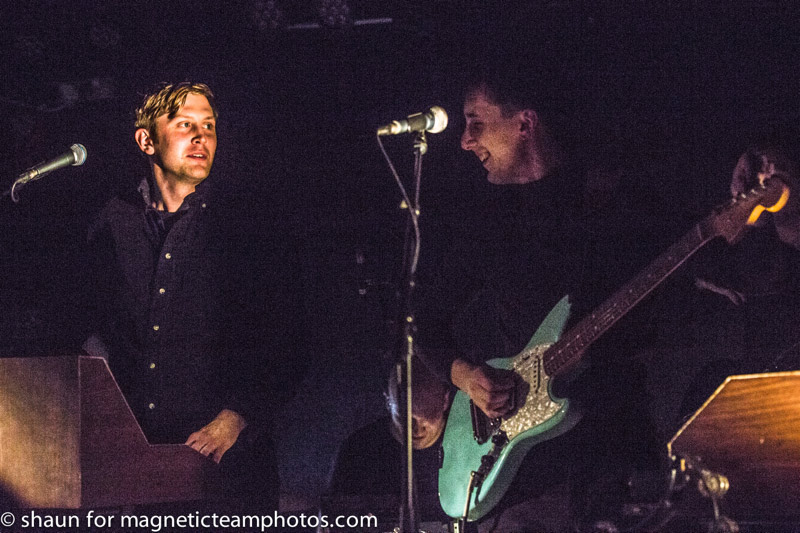 Sharon Jones & The Dap-Kings – Give the People What They Want

Young the Giant – Mind over Matter