Tens of thousands of people packed into Golden Gate Park in this past weekend for Outside Lands, as the San Francisco festival celebrated its 10th anniversary, Friday-Sunday, August 11th-13th.... 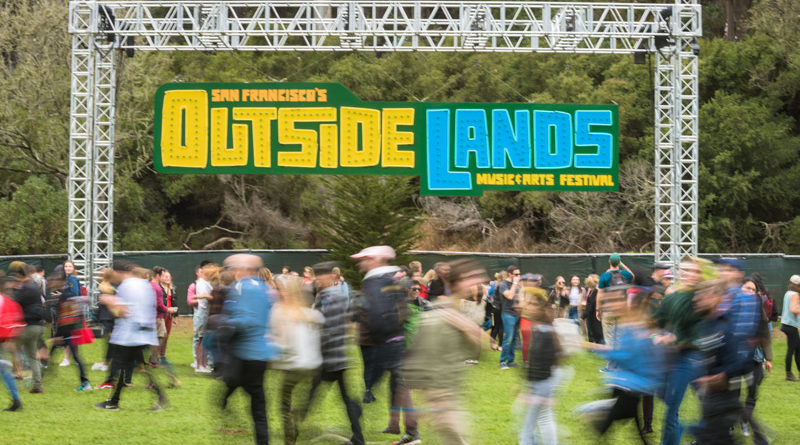 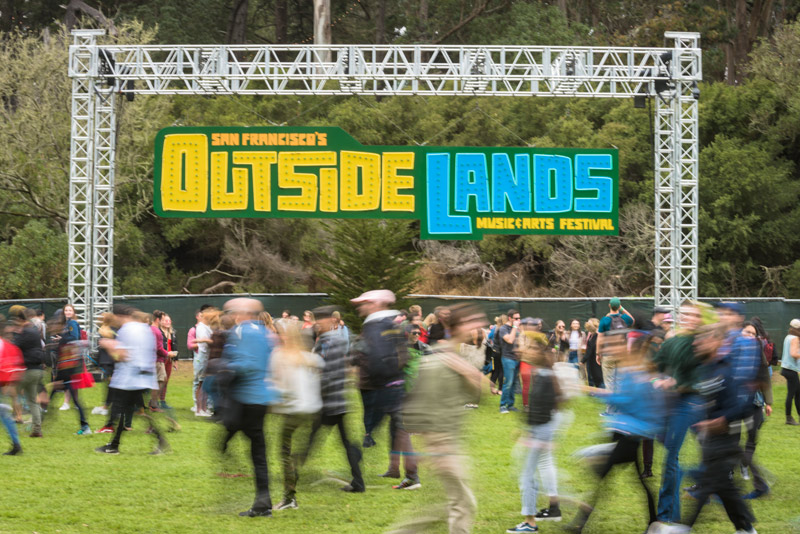 Tens of thousands of people packed into Golden Gate Park in this past weekend for Outside Lands, as the San Francisco festival celebrated its 10th anniversary, Friday-Sunday, August 11th-13th.

Headlined by the Gorillaz, Metallica, and The Who, it was one of the few top-tier festivals to lean so heavy on rock headliners. Three-day passes eventually sold out, but it took much longer than previous years. The festival still featured a number of mainstream pop and electronic acts, like Lorde and Above & Beyond, which catered to the younger demographic. 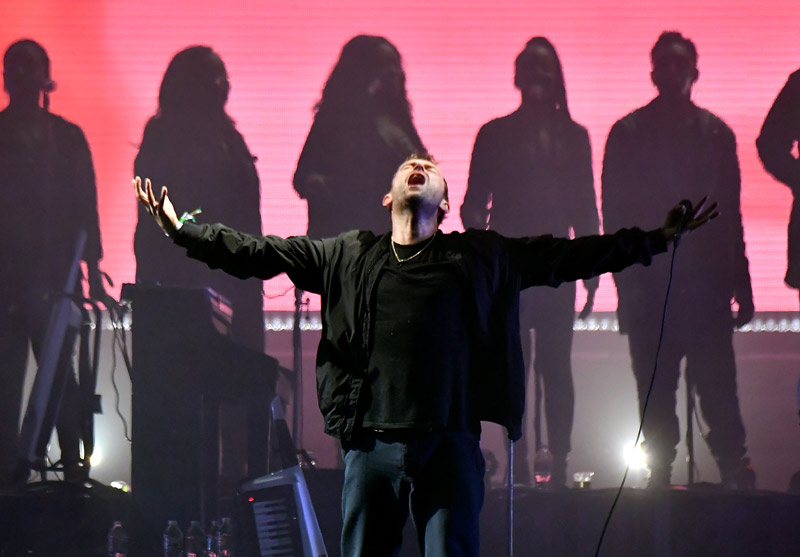 Gorillaz made their first American festival appearance of their current tour count. They brought out a slew of special guests, from Pusha T to De La Soul and a few others. Damon Albarn still has it, and the crowd ran pretty thick towards the windmills several hundred yards back.

On Saturday, Bay Area legends Metallica brought their snake pit setup and a high-energy show. They last appeared at the festival in 2012, and anticipation seemed to only grow since. Though I didn’t get up close, I later saw videos of people in the mosh pit losing their minds – including one person who did a full backflip. Numerous people told me they were sure Lady Gaga was going to make a guest spot since she was performing in the Bay Area the following night, but it never happened. 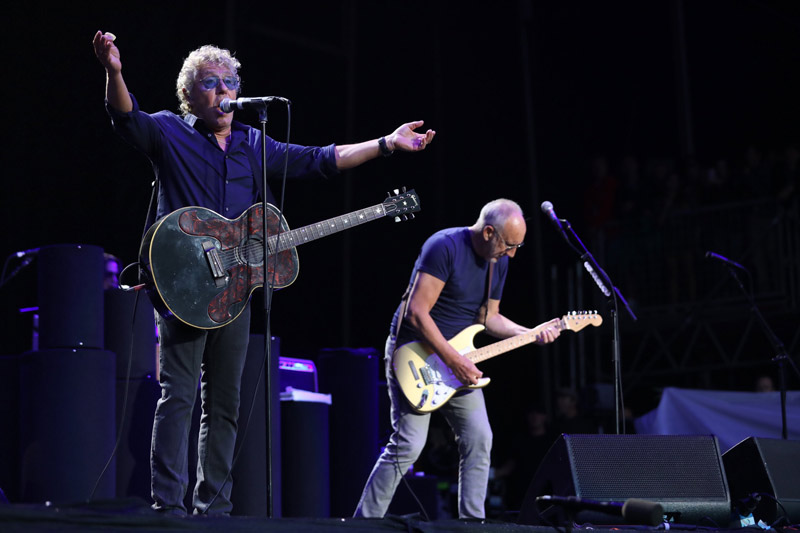 Sunday, The Who brought their full catalog of hits and the one-two punch of “Baba O’Riley” and “Won’t Get Fooled Again” was probably the strongest finish the festival has seen in years. Many generations took in their show together. Outside Lands has become known for their booking of legacy acts as the Sunday headliner, and The Who continued that great tradition.

Now it’s time to address the elephant in the room. The weekend’s big disappointment was A Tribe Called Quest being a no-show. They were scheduled for Friday, but were moved to Saturday after the festival cited “travel issues.” Then on Saturday, their set was cancelled an hour before they were supposed to take the stage. The hip-hop pioneers have long said this will be their last tour ever, meaning thousands of people missed out on ever getting a chance to see them again. The group has yet to comment on why they didn’t show up.

A Tribe Called Quest’s cancellation was the second major name to drop out after Queens of the Stone Age pulled out just a week or so ahead of time, citing an unforeseen injury.

Above & Beyond were the EDM headliner booked opposite The Who on Sunday, and they drew a massive crowd of ravers. Their music was also great at exposing the sloppiness of how drunk and messed up some people were Sunday night, because those people would guess the drops were coming too early and look really silly. One of my favorite things about the set was noticing how so many of the bros that would probably stick their nose up at seeing Lorde were singing along without a care in the world to the female-vocalist driven songs Above & Beyond perform. 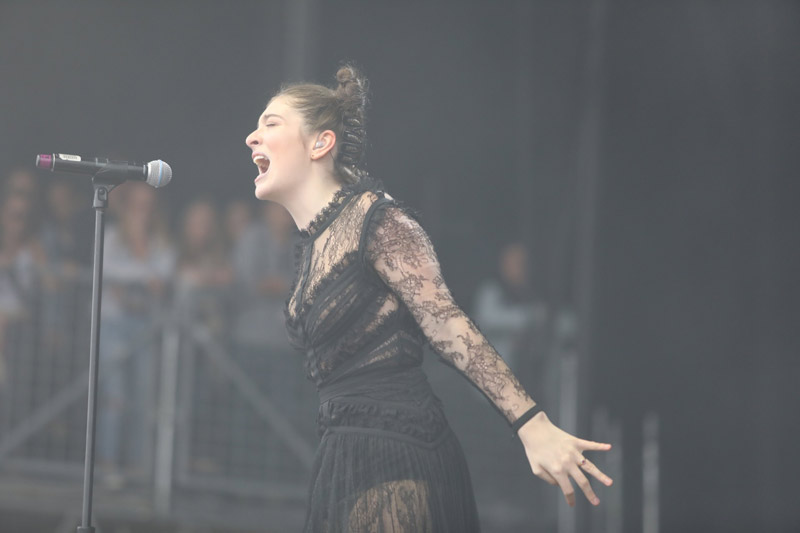 Cage the Elephant on Saturday did what they do best – brought the house down with a charismatic performance that had everyone jumping around. Lead singer Matt Shultz has the kind of persona that every band dreams of their frontman having, and he makes it seem so effortless. Seeing their cover of Wreckless Eric’s “Whole Wide World” from their latest record live was a real treat. 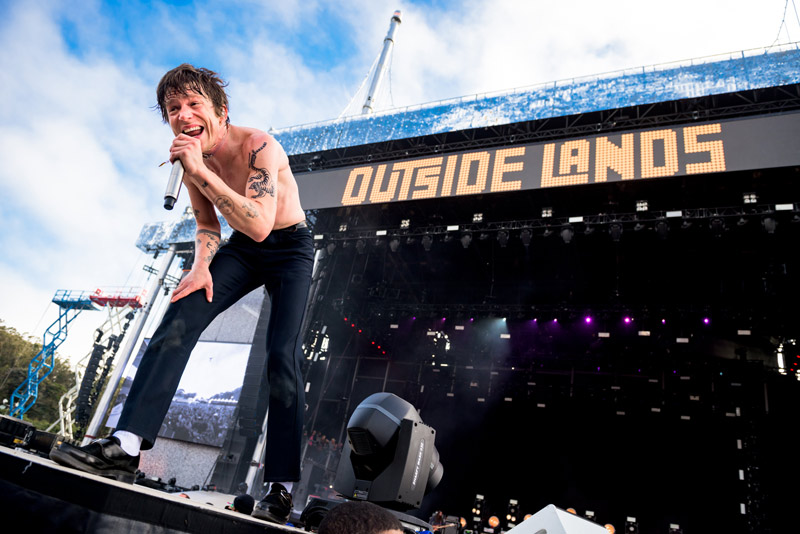 It was hard to tell Sunday night if it was a thick cloud of fog or marijuana smoke when Rebelution arrived on stage. They’re the ultimate stoner band and a perfect fit for the vibe at Outside Lands. It was one of the more chilled out evening sets of the weekend as people were quick to sit on their blankets and huddle up, while passing their duchies to the left-hand side.

Who had the breakthrough performances of the weekend? One sure choice would have to be rising singer Maggie Rogers, the girl-next-door with swagger who took the stage Sunday in a dope outfit that would have made my seven-year-old niece jealous. Her backing band was on point – the bass player laid down some groovy bass lines – and she nearly broke into tears when she saw the size of her crowd. She was also one of the first people I saw address the Charlottesville tragedy. Her cover of Neil Young’s “Harvest Moon” was one of the better renditions I’ve heard of the song, and her set-closing “Alaska” had the crowd in a massive sing-a-long. 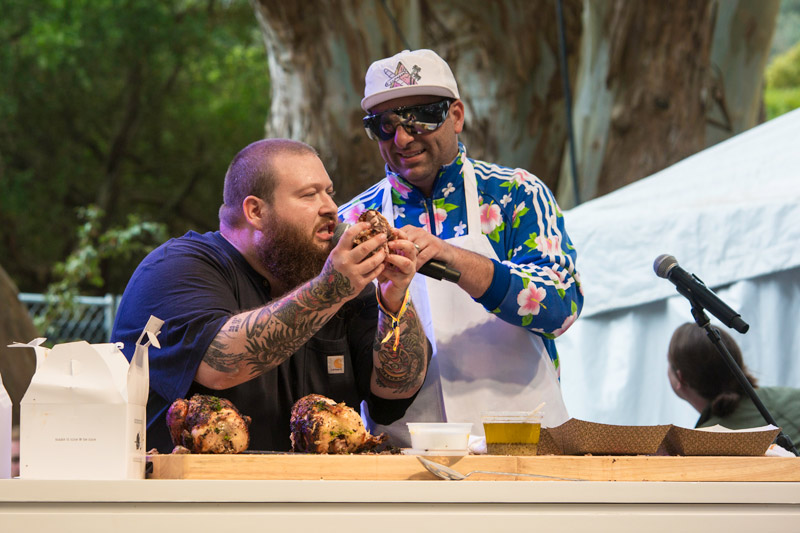 One of the other unique things to Outside Lands is the Gastro Magic stage, where music is combined with food. One highlight was Action Bronson, who performed there and also threw a variety of food and weed items into the crowd – fans caught vape cartridges, edibles, and other items. The New York rapper who also has a background as a chef threw a sandwich 30 feet into a tree where a person caught it perfectly. 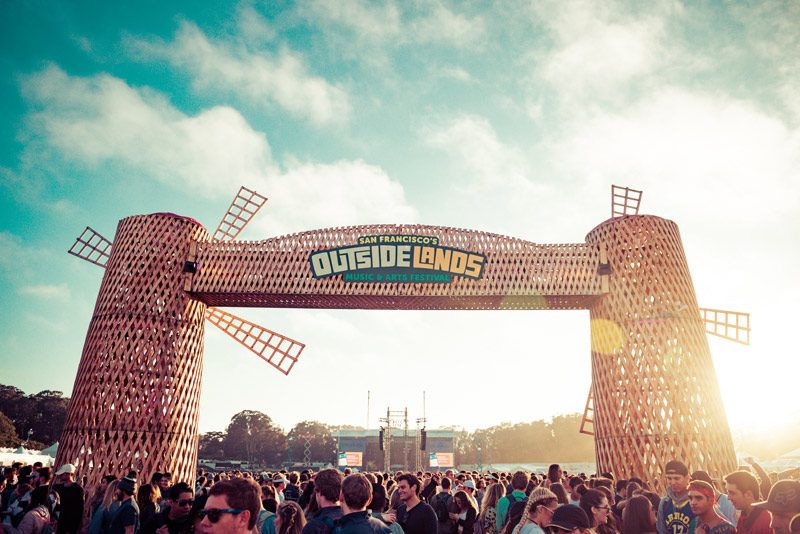 Outside Lands dealt with massive lines to get into the festival pretty well. The no-bag line was great for those of us who didn’t have a backpack. It’s nice to reward people who are able to fit everything they’re bringing into the festival on their persons.

The weather somehow managed to hold up all three days, even when the clouds loomed heavy on Sunday. The fog that evening was thick, and you could feel the condensation and mist all around you. A raindrop would fall here or there as the final hours ticked away, but the sky never fully opened up. The most badass thing I saw all weekend was the girl who lit her joint during Above & Beyond with the very last match she had as the wind blew furiously.

After tickets didn’t move as quickly as previous years, one wonders if Outside Lands will veer away from booking so many rock acts at the top of the bill. With a mass amount of festivals leaning so heavy into mainstream EDM and pop acts, my hope is that Outside Lands sticks to their guns. 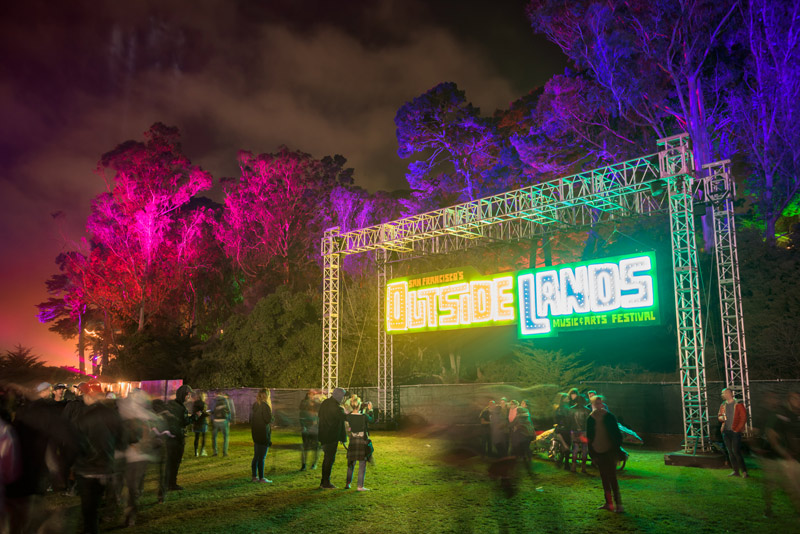