The festival drew massive crowds across all three days. The Weeknd, Florence & The Machine, and Janet Jackson topped the bill, drawing a diverse and eclectic demographic. 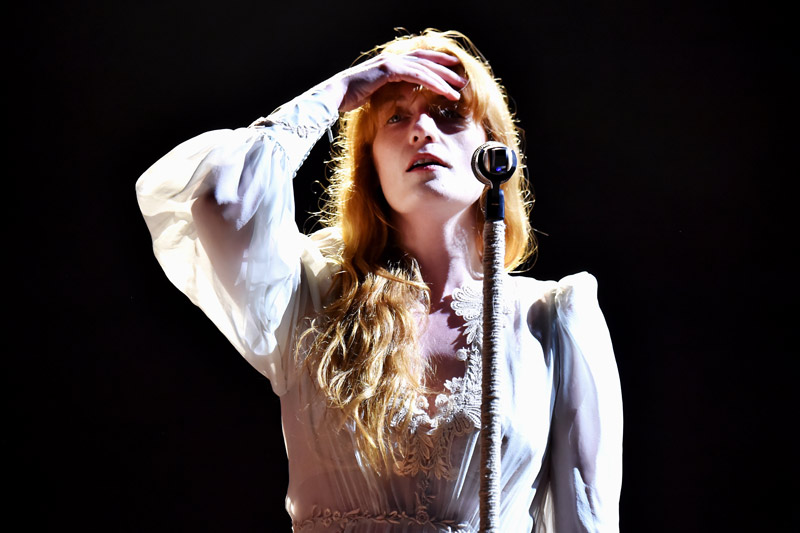 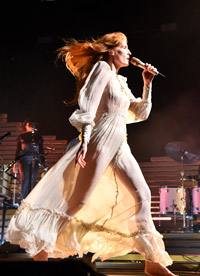 No headliner best embodied the magic of a great music festival than Florence Welch, who has risen from sub-headliner who steals the show from the headliners to being a headliner herself. It was almost poetic that she would be the festival’s first female headliner, though it took eleven years for that to happen is a surprise, given the location. It also managed to be the highest-attended day in Outside Lands’ history.

Florence Welch is Tinkerbell come to life the way she floats across the stage barefoot. She quickly convinced the crowd to put their friends on their shoulders, she ran through the crowd and even asked a fan if he was alright as she sang face-to-face to him. She is a worldwide treasure. 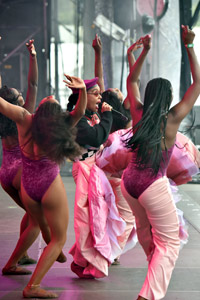 Powerful women were all over this year’s lineup. Janet Jackson drew a modest but die-hard crowd, rolling through the hits with her amazing dancers. Janelle Monae proved Sunday late afternoon she is the heir to Prince. It was nonstop high energy, as Monae leaned heavily into material from her epic Dirty Computer record that dropped this year. She proved she’s capable of ascending to being a festival headliner in the not-too-distant future. 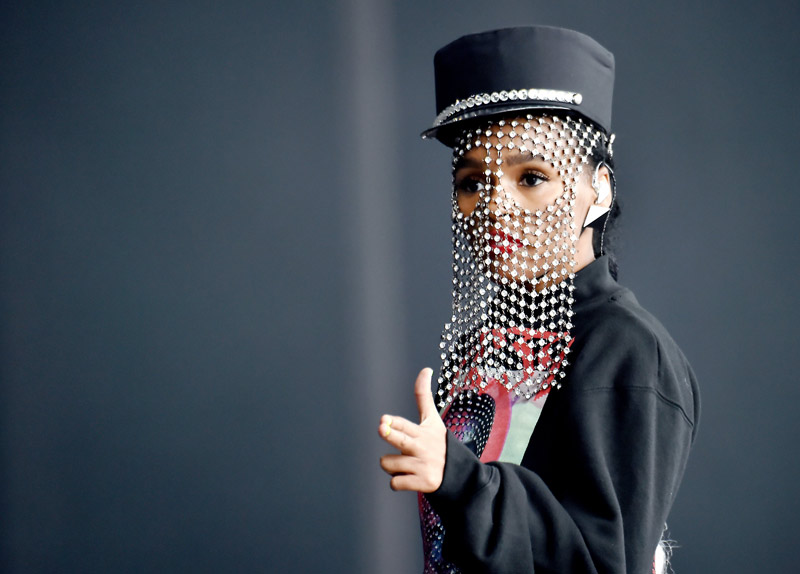 The festival continued to innovate, most notably with its Grass Lands – a marijuana-centric part of the venue that focused on education and brand activations to make people more familiar with the product, and to help continue the normalization of pot. No pot or pot-laced products were available on the premises, but you were able to try pot-free edibles from Kiva Confectionaries and other top brands. You were also able to get your PAX vaporizer engraved. But mostly, it was a proving ground for what the festival hopes to one day be a place where you CAN toke up without having to sneak your stash tucked under your junk. 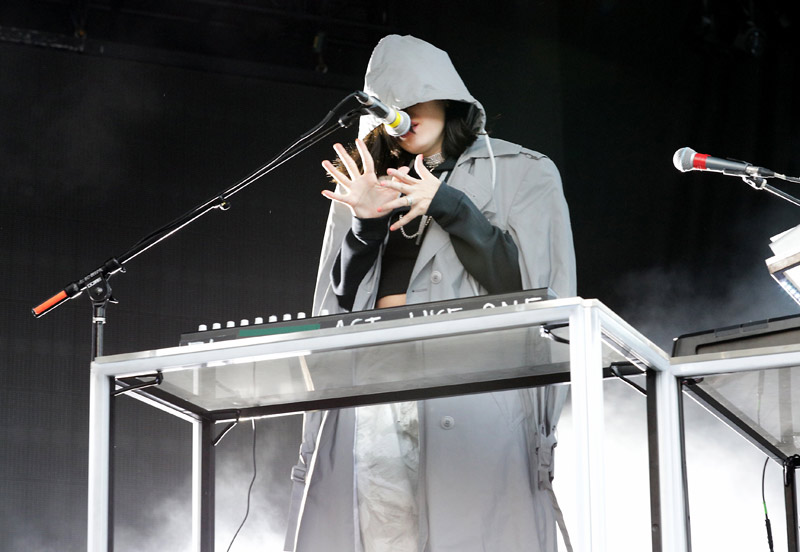 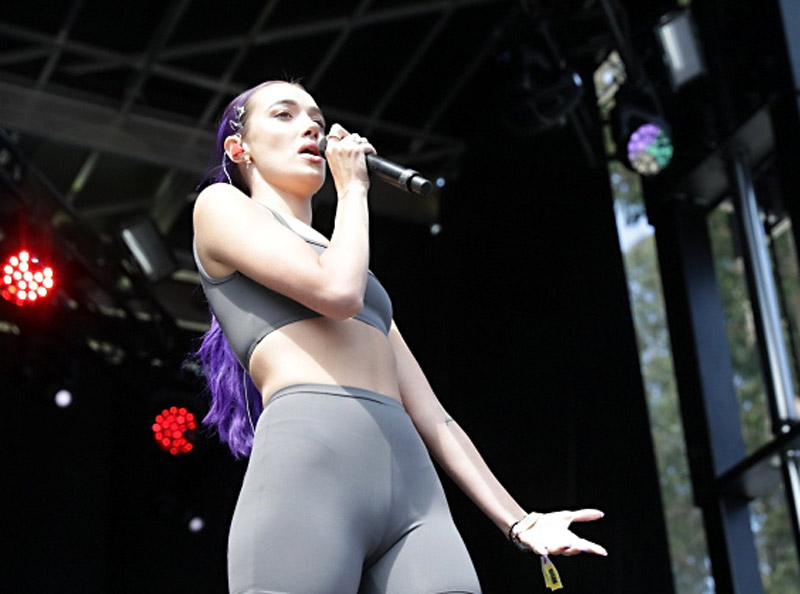 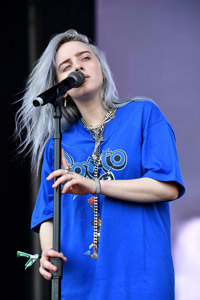 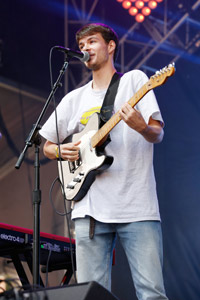 The festival seemed to draw a younger crowd than I can remember. It did seem as though they dumped a lot of Americana and folk rock acts in favor of emerging teenage and young twenty-something indie pop acts like Billie Eilish, Rex Orange County, Elohim, Olivia O’Brien, and Sasha Sloan. Those acts all impressed, as unlike peers in their genre, didn’t rely on any vocal tracks to do the heavy lifting. Rex Orange County in particular proved he had another side to himself, playing a solo guitar set due to the fact his tour bus broke down and his band was unable to make it to the gig on time. 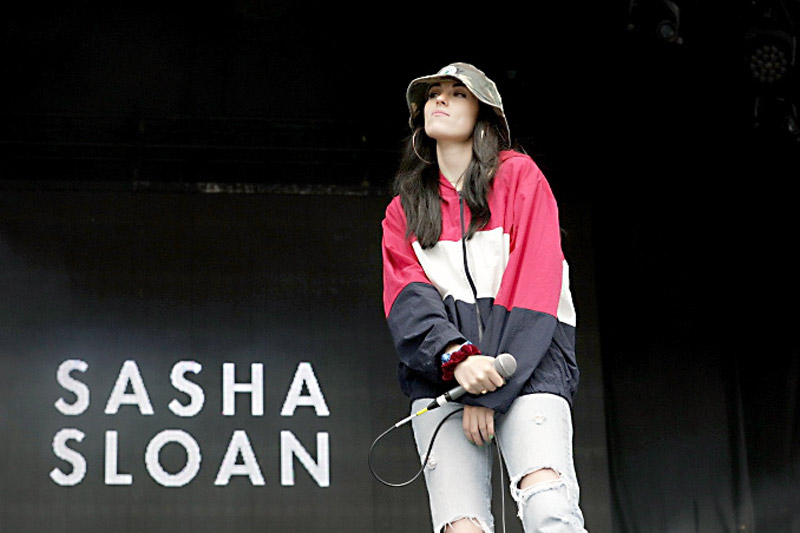 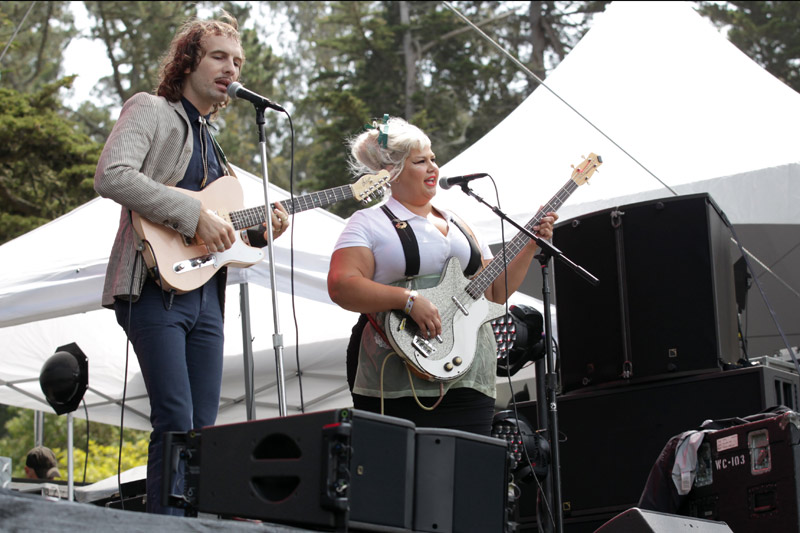 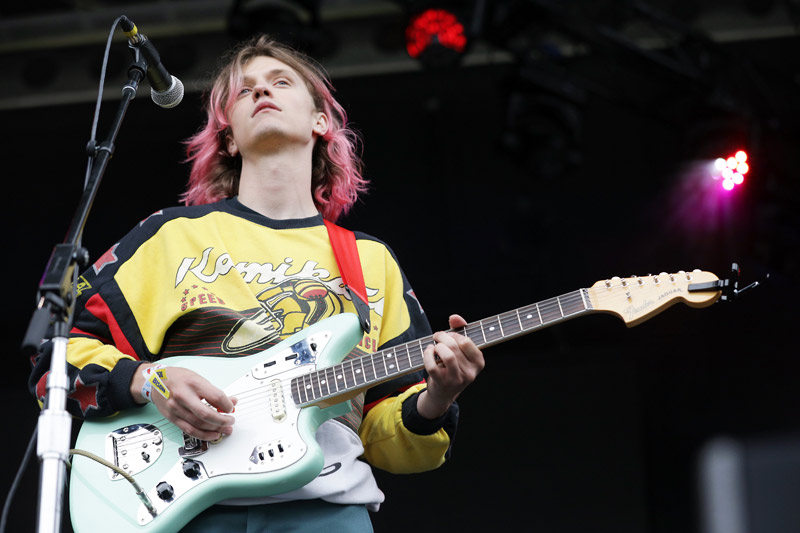 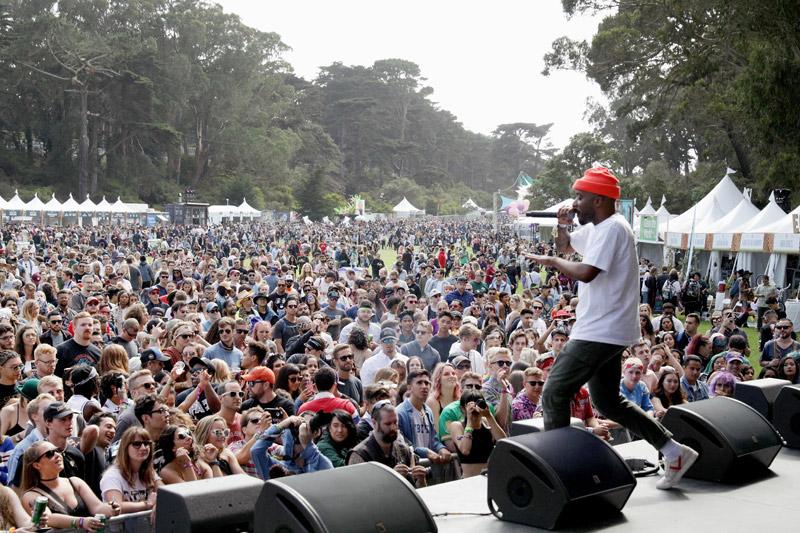 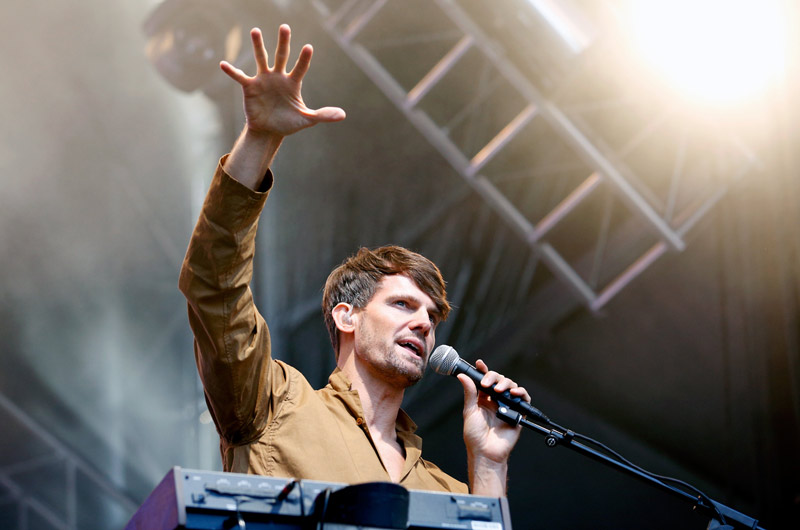 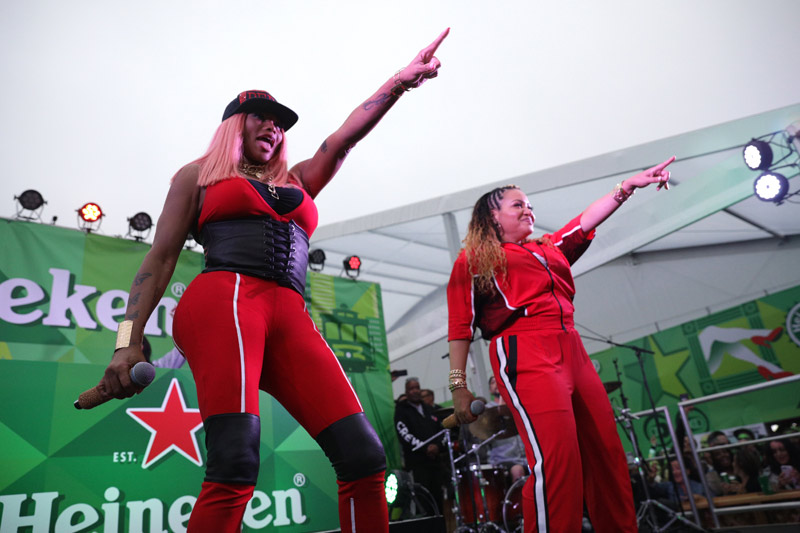 The Cocktail Magic stage increased in size and featured a mesmerizing set from Lucy Dacus, who would perform later that day on one of the larger stages. Salt N Pepa also closed the stage out on Sunday night, as Grateful Dead legend Bob Weir watched from the side stage. 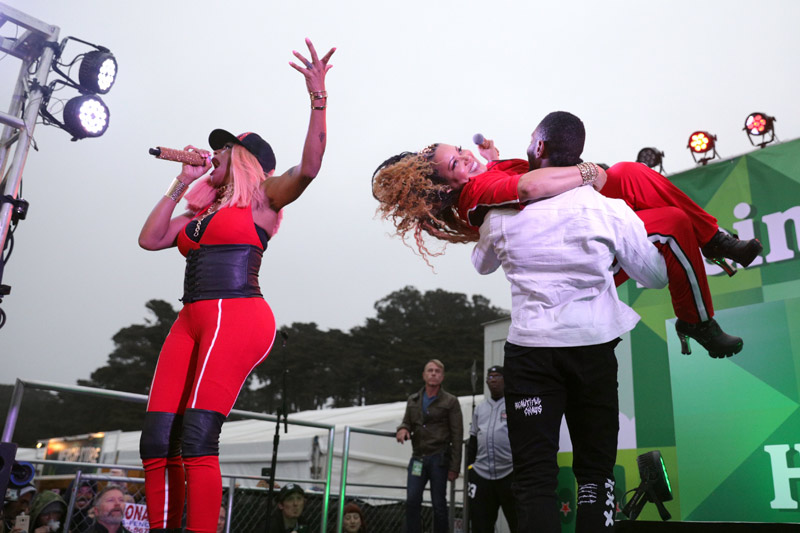 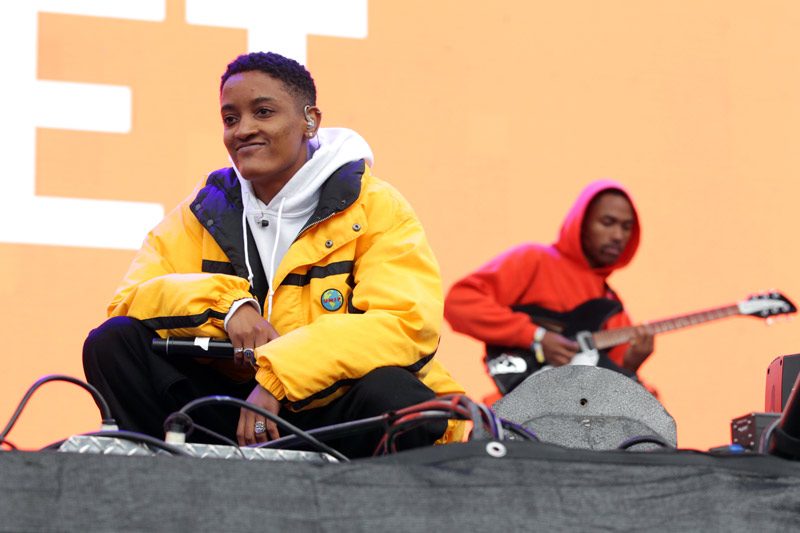 Technical difficulties seem to be a regular occurrence at Outside Lands, particularly at the Twin Peaks stage. Like in years past, there were sound issues at that stage, and The Internet’s set started 20-plus minutes late as a result. Vocals were difficult to make out during the Mountain Goats performance. The main stage also experienced some issues, with the further back speakers not being cranked until later in the evening. 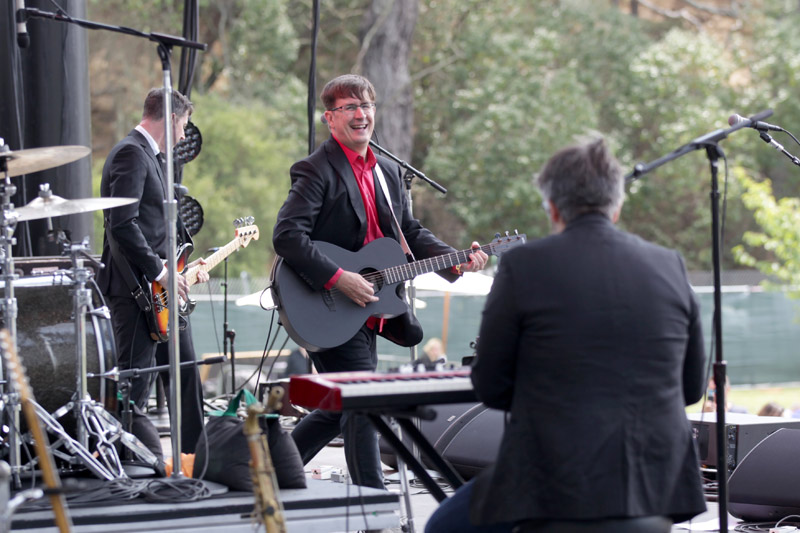 The food was delicious as usual, though the portions were all over the place. Three dumplings from Dumpling Time & Live Sushi Bar were crazy overpriced. But a banh mi sandwich from Freshroll was nicely priced and filling.

It will be interesting to see where Outside Lands goes in the future. They held strong on booking at least one legacy act with Queen Janet Jackson closing out Sunday, but they also booked more mainstream undercard acts than ever before. Whether that’s the direction they go more in the future remains to be seen. But the festival is as vibrant as ever.

-words: Mark Ortega
-photos: Courtesy of Outside Lands by FilmMagic.com