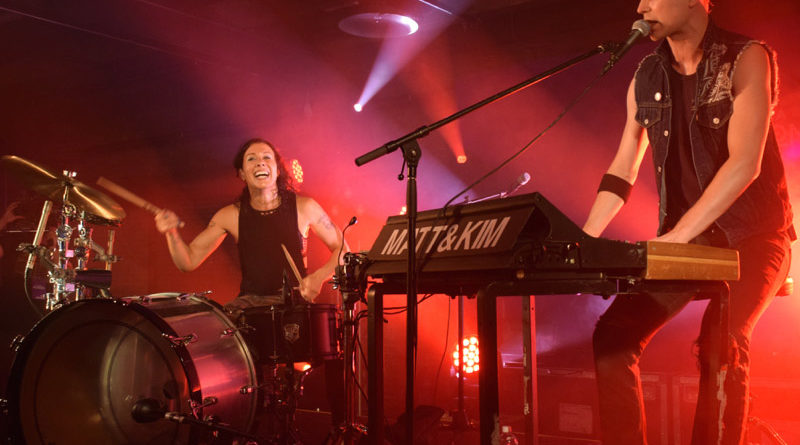 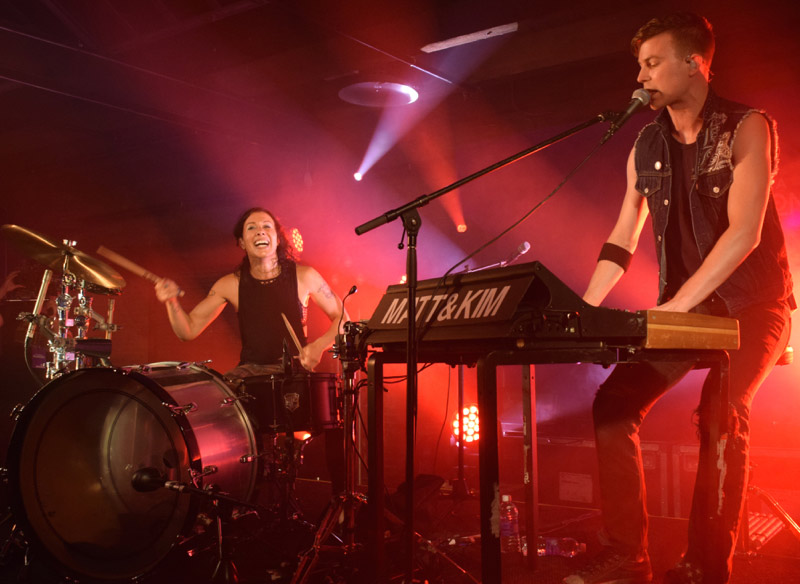 When Lollapalooza hits Chicago in the summer, there are a bunch of after-parties, both regular ‘official after-shows’ approved by Lollapalooza and RSVP after-parties with sponsors (and hopefully open bars). The night before the now-four-day festival, Wednesday, July 27th, Pandora Radio hosted their third annual ‘Chicago Invasion’ at Morgan Manufacturing with Matt & Kim. 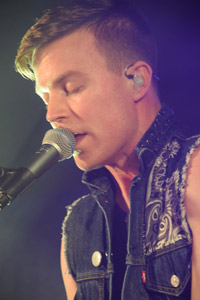 The rented space was a little hard to find, but “PANDORA” was lit up on the building. Inside it was rather loud, even before Matt & Kim went on, but yes, there was an open bar with liquor sponsors Sobieski Vodka and Samuel Adams. There were even tropical props thanks to Bai Brands water. The crowd was more dressed up than the usual Matt & Kim audience (though the duo are no strangers to playing sponsored shows – QRO live review) – no one there looked like they would ever dress like Matt Johnson (QRO interview) or Kim Schifino (QRO interview) did, though perhaps the ‘dirty’ super-fans were all up front. 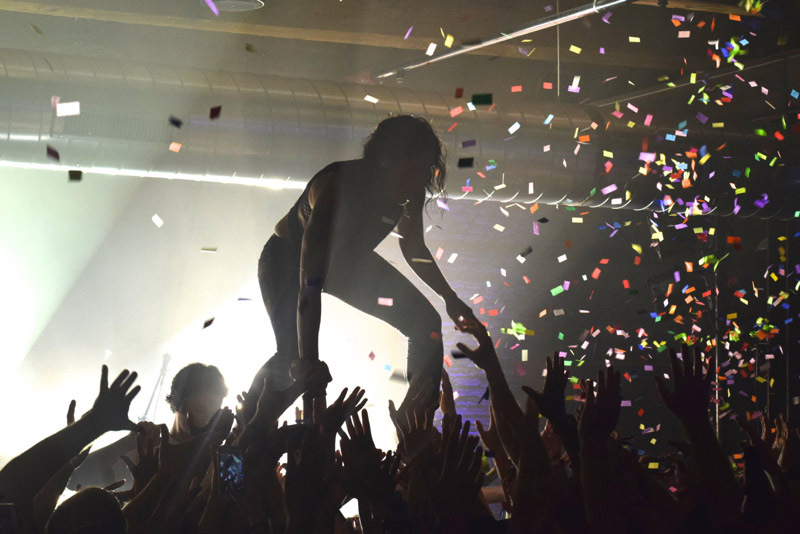 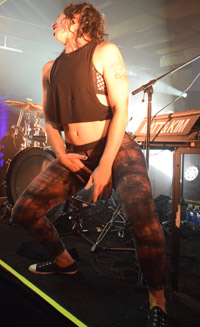 Whatever – that didn’t stop Matt & Kim from getting freaky, because nothing stops Matt & Kim from getting freaky. The act that once said on a record they couldn’t swear there have since gotten dirty, particularly Schifino (ironically, because Kim was the one who didn’t want Johnson to swear on Matt & Kim, because her nanny gig child Chloe would hear…). She sexy-danced from the crowd while Johnson fixed something, praised pre-gaming of drinking since noon, talked about sexy hairy chests (at least including Johnson in that), and yes, did her booty-shaking crowd surf (Johnson adding that he would, “Walk off a bridge for that booty…”). There were also confetti, balloons to inflate, pre-inflated balloons (though not taken out of their bags), and blow-up sex dolls that were all shot/thrown into the crowd.

Of course there were also awesome actual Matt & Kim songs, from oldies to new pieces such as “Let’s Run Away” (QRO video review) – plus a cover of Rihanna’s “Umbrella”. But Matt & Kim never let you down – and neither did Pandora.