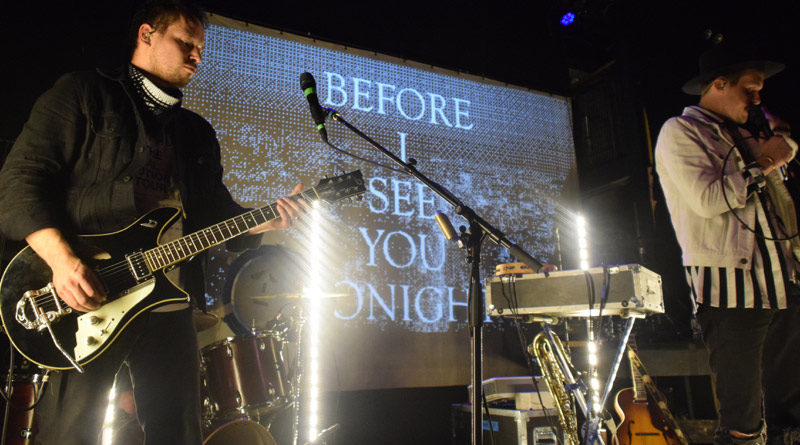 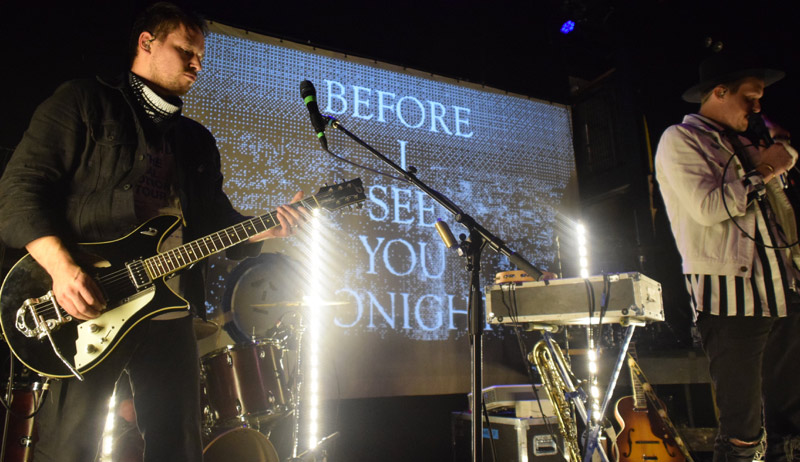 Click here for all of QRO’s coverage of Paper Route in QRO’s ‘Spotlight On : Paper Route’ feature

We all know Nashville for being the (self-declared) home of country music, but just as The South is about more than the Civil War & civil rights, so too is there more than just country in Nashville. Case in point is Paper Route, and the expansive electronic act came to Brooklyn’s Rough Trade NYC (QRO venue review) on Thursday, November 10th.

Touring off their great new Real Emotion (QRO review), dubbed ‘The Really Emotional Tour’ by their t-shirts, Paper Route naturally opened with the new record, indeed with introductory “Intro”, followed by the second & third tracks on the album, “Writing On the Wall” and “Pretend”. Two of the strongest songs on Emotion, they burst open the show with their expanding sound (and flashing lights). Following that up with classic “Are We All Forgotten” (from 2009’s Absence – QRO review) and Emotion’s also great “Balconies”, it did almost feel like Paper Route opened too strong, not giving themselves the room to grow as the evening progressed.

Paper Route playing “Are We All Forgotten” live at Rough Trade NYC in Brooklyn, NY on November 10th, 2016:

Instead, the middle portion of the set was devoted to emotion, of any record. There were the touching but grand “Mona Lisa” and “Real Emotion” from said album, plus Absence’s “Gutter” and “Love Letters” off of 2012’s The Peace of Wild Things (QRO review). A special moment was the debut of the new video for “Zhivago”, the three main members holding up lyrics signs (a-la Bob Dylan’s “Subterranean Homesick Blues”). Displayed behind them while they played the song, at first the projection was actually tilted too high – ironically meaning that you could see the signs, but not the band (it was fixed later in the piece).

Unfortunately, there was only a one-song encore, but fortunately it was Emotion single “Chariots” (QRO review). Admittedly, your correspondent wanted to hear fellow single “Laugh About It”, but after the show he was informed that the band lacked the second guitar for the knowing number. Indeed, the band was quite friendly by the Rough Trade merch table after their set ended, a welcome change from when usually acts are too busy/tired/important to greet fans after the show.

Admittedly, the show didn’t exactly seem sold out, with the mezzanine closed, but this was less than forty-eight hours after America’s worst Taco Tuesday ever. And we’ll all need Real Emotion going forward.