Headlining their latest and self-titled album, the band Paramore made a stop in The Woodlands, TX to rock the crowd at The Cynthia Woods Mitchell Pavilion.... 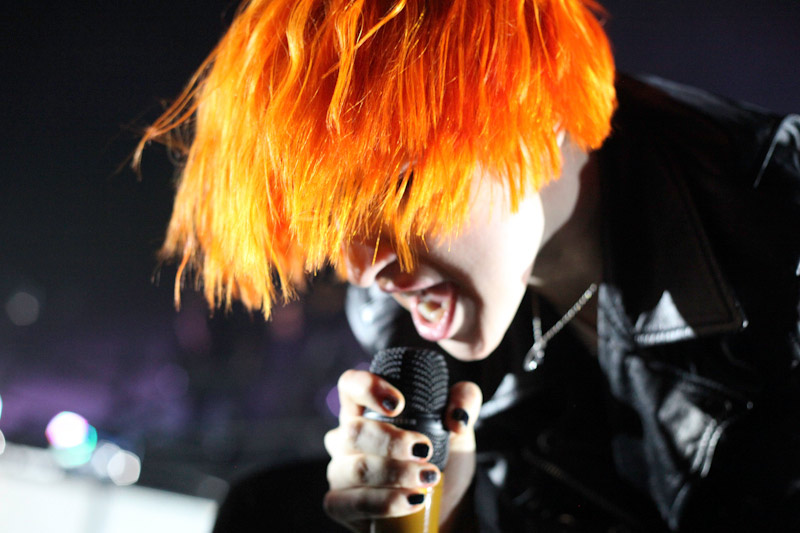 Click here for photos of Paramore five days later at Austin360 in Austin, TX in the QRO Concert Photo Gallery

Click here for photos of Paramore at 2018 Boston Calling in Boston, MA in the QRO Concert Photo Gallery

Click here for photos of Paramore at 2017 Riot Fest in Chicago, IL in the QRO Concert Photo Gallery

Click here for photos of Paramore at Phones 4u Arena in Manchester, U.K. on September 20th, 2013 in the QRO Concert Photo Gallery

Click here for QRO’s review of Paramore at House of Blues in Boston, MA on May 15th, 2013

Headlining their latest and self-titled album (QRO review), the band Paramore made a stop in The Woodlands, TX to rock the crowd at The Cynthia Woods Mitchell Pavilion on Sunday, October 27th.  Paramore is a band I’ve been paying attention to ever since I saw them burst onto the scene in early 2004 with Pressure.  Ever since then, Paramore has been on a steady climb building it’s following substantially as well as having their music featured in the infamous Twilight series (QRO soundtrack review).  Their audience has evolved as well, encompassing the ‘Warped Tour Era’ crowd as well as this seemingly new generation of Paramore fans.  Embracing this new era of Paramore, the band took the stage and began the show off with a new song entitled “Grow Up”. 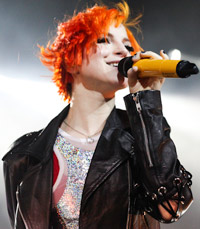 Grow up, indeed it seemed, as we all watched this new Hayley Williams grace the stage.  Williams, encompassing a black leather jacket with the words “Grow Up” etched on the back, was here to make a statement… a statement of growing up from old ways and embracing the now.  The new era of Paramore was here, including a never-before #1 chart-topping album on the Billboard 200.  We all sat back in awe as we watched this new Paramore put on what seemed to be one of their most epic stage shows yet seen.  Yes, it was true; Paramore brought the big guns to this show… but would this be a departure for old fans? 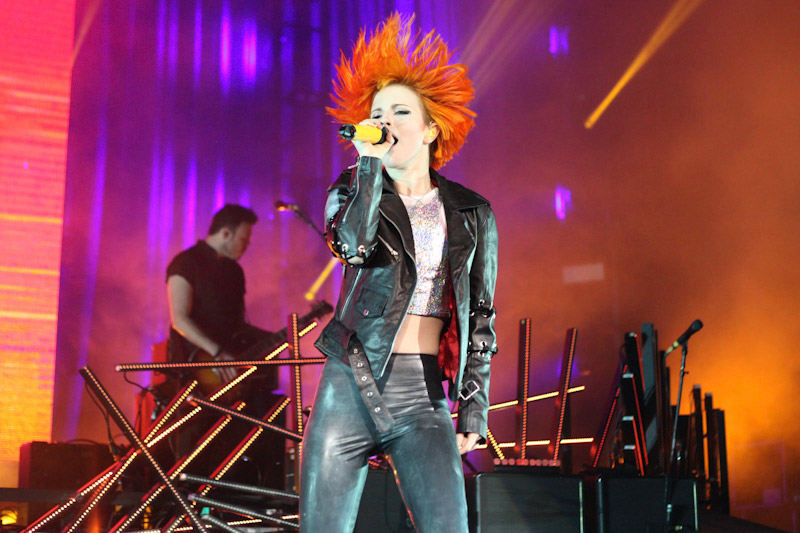 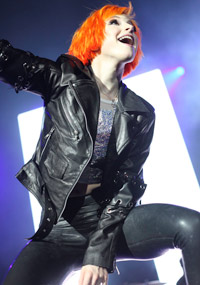 Though it seemed Paramore was attempting to go for the gold on this tour, singer Williams wanted to make one thing clear – gratitude.  As she looked into the eyes of each fan, Williams expressed, “We are truly thankful for loyal fans…  Thank you for staying with us through the ups and yes, through the downs…  We are sorry about some of it, but we owe it all to you.” 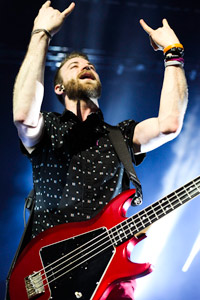 If you were wondering if a new era meant a goodbye to old songs, then you can think again.  Everything from “Pressure” and “Ignorance” to “Decode” and “Brick by Boring Brick” was touched.  My favorite portion of the show was the infamous ‘fan on stage’ moment during “Misery Business”.  The band displayed another form of gratitude with this act, as they allowed this ten-year-old girl to share in a moment she is soon to never forget.  Winding up on a three-song encore including “Part II, Interlude: Moving On” and “Still Into You”, the band waved their goodbyes and departed from the stage.  Life has changed for Paramore, but if you can keep up with the pace… then rock on! 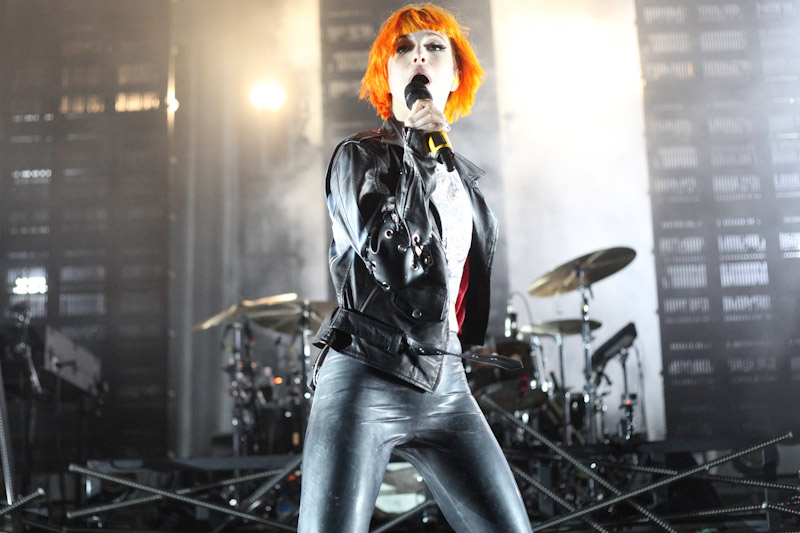