Memorial Day Weekend is the official unofficial start of summer, and Labor Day Weekend the end, but thanks to global warming the seasons seems to come earlier & leave... 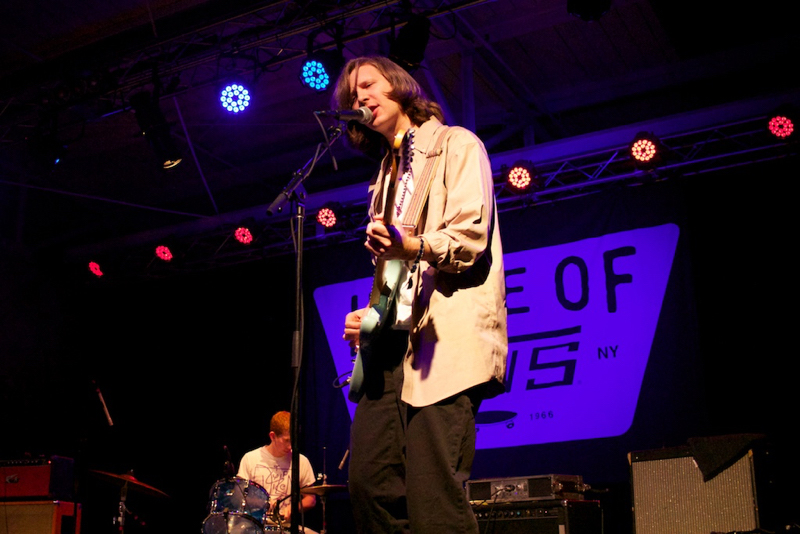 Memorial Day Weekend is the official unofficial start of summer, and Labor Day Weekend the end, but thanks to global warming the seasons seems to come earlier & leave later every year. So Brooklyn’s House of Vans (QRO venue review) has gotten in on the early action with ‘Almost Summer’, three early shows there in May & June before the ‘proper’ season, June-to-August. The second one came the weekend before Memorial Day Weekend, on Saturday, May 23rd, with Parquet Courts, Radioactivity, and Pill. 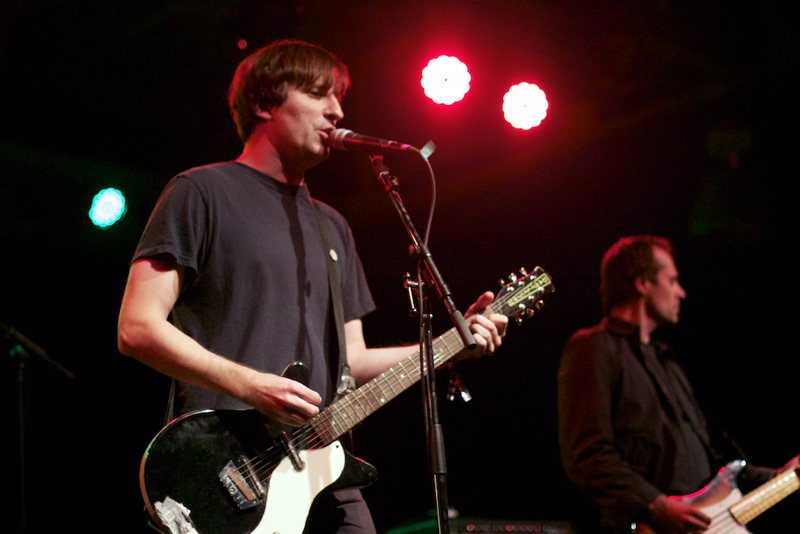 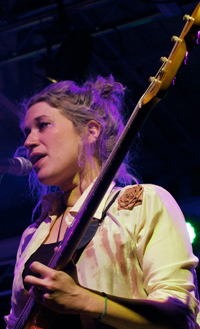 Unlike the first Almost Summer event two weeks earlier (QRO review), there was a more-than-healthy crowd at House of Vans this time. Contributing to that primarily was that the L train was running, plus no threat of rain – one can only guess at the difference in draw between Parquet Courts and prior headliner The Julie Ruin (QRO photos). This left a long line of people waiting to enter before doors opened (as that early hour wasn’t taken up by navigating the G train or the shuttle bus), and long lines for beer throughout. Even VIP ran out of beer before the evening closed.

Vans sponsors many musical events across the spectrum of genres, but it is still most associated with the more popular versions of punk. Being a skater shoe brand, skate-punk naturally is what first comes to mind, particularly since every summer Vans also sponsors the cross-country Vans Warped Tour of skate-punk and such acts (QRO 2014 photo gallery). But this is Brooklyn, not some repurposed speedway in flyover country, so the punk on offer this night at House of Vans was decidedly more alt-. 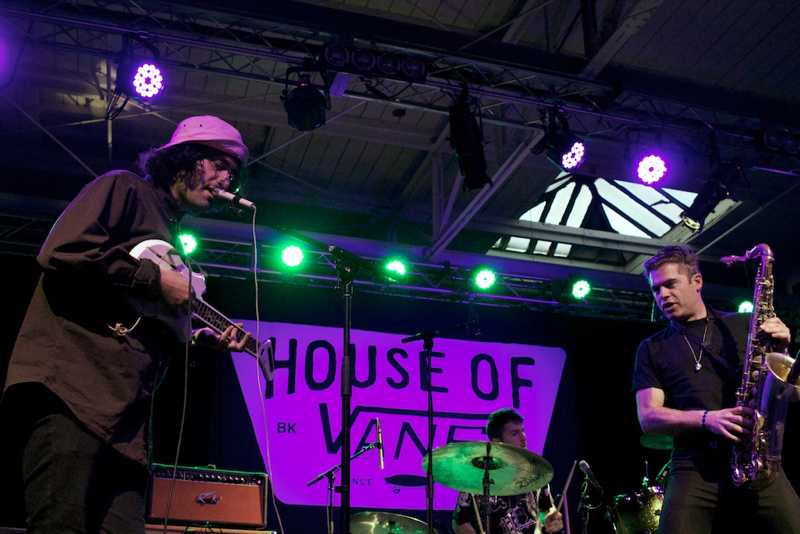 Opener Pill trafficked in noise-rock, but with a female vocalist and an honest-to-god saxophone, making for at least a unique sound. The garage-punk of Radioactivity wasn’t revelatory, but fit well for the evening and with the headliner. Parquet Courts’ own garage-punk was driving and self-assured, from a group that has been gaining plaudits from the nose-in-the-air crowd. But they haven’t forgotten their roots, remarking that the place, a sometimes skate park, didn’t even want crowd surfing (to say nothing of actual skateboarding – boards have been banned at concerts there since some kid at the all-ages space hit another kid in the first year of House of Vans). 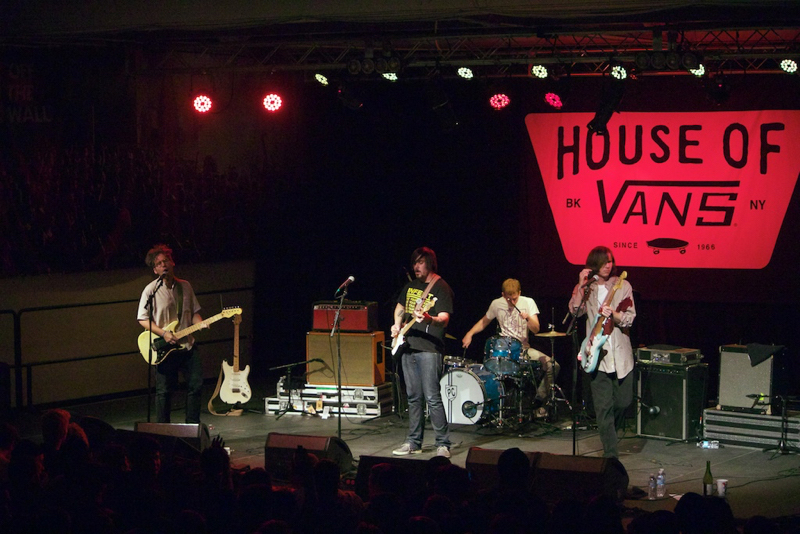 Memorial Day Weekend has come and gone, schools are letting out, whites are being worn, and summer does indeed seem to be beginning. However, ‘Almost Summer’ still has one more event, June 13th with Pusha T & DJ Envy as part of the Northside Festival (though still free with RSVP). By then it’ll be so hot we’ll all have forgotten what not-summer is like… 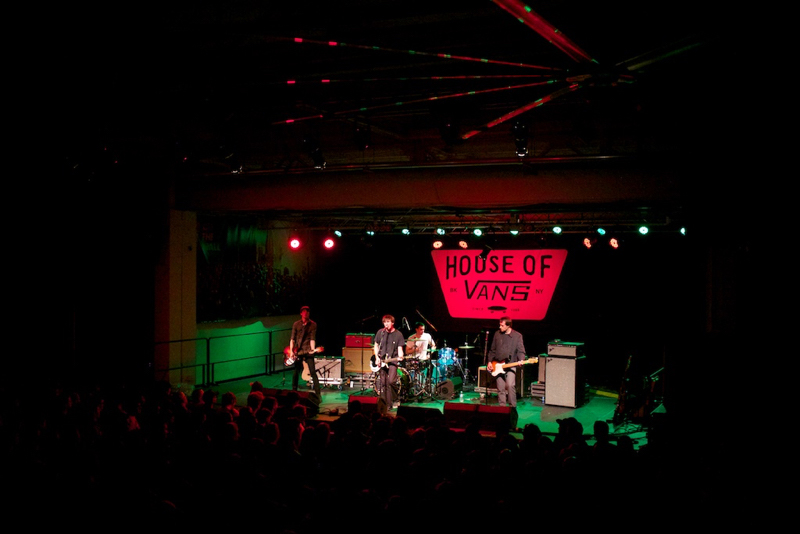