Parsnip – When the Tree Bears Fruit

If you know music history very well, bending your mind toward all-girl musical collectives should cause an intense gradient of possibility and intermixture to insta-color your mind.... 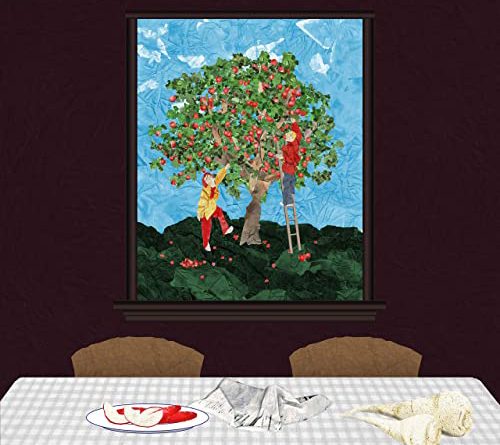 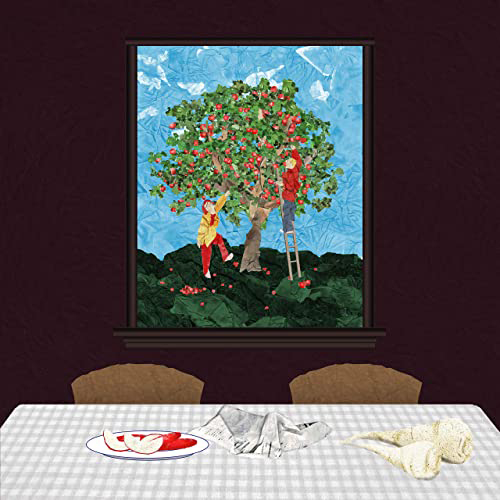 If you know music history very well, bending your mind toward all-girl musical collectives should cause an intense gradient of possibility and intermixture to insta-color your mind. Everyone from The Supremes to Haim to The Donnas to Thee Headcoatees testify that the permutations of femininity remain an element ever as infinite as the universe, and perhaps three times as generative. Enter Australia, and everything you thought you knew to be the vague parameters of the ‘girl band’ genre gets turned admirably ass-over-teakettle.  Australia is a country that never had to part company with the crowd because it never belonged to any – a tilted world fabled for its heteroclite wildlife. You can always count its diverting, stochastic female musicians as the very best of that creature clout and the strongest evidence of Oz’s syndicated commonwealth of cool. Enter Parsnip, here to hand you a new manner of marsupial mod with their sunburst of a latest recording entitled When the Tree Bears Fruit, and doing so in perhaps the most demurely iconoclastic way of any band since Frente!.

Australia has proven many times before that, yes, in fact, girls can go ‘balls-deep’ too. Parsnip have done so, and with nymph-like nonchalance, into the zhooshed-up fancifulness of this first full-length recording effort. Joining a formidable ‘right now’ brigade that includes Amyl and the Sniffers, Vera Blue, Alex Lahey, Julien Baker & Phoebe Bridgers (both of Boygenius), Georgia McDonald (of Camp Cope), Jen Cloher, Courtney Barnett, and Stella Donnelly, never forget that the Parsnip girls are also of the land that gave us Brody Dalle, The Veronicas, and Nervo. Unquestionably, jewels of a higher joule, all.

Historically, where sheer writing capability is concerned, Australian women have set a bar so satellite-high and so singular to their unrivaled region that any newcomer who does not plan to simply keep it full three-chord punk faces lyrical shoes to fill that could easily give Carly Simon or Joni Mitchell the halting shivers. In inverted answer to and in cordial extension of that tradition, Parsnip takes you on a walkabout of whimsy that simply could not have been dreamed up anyplace else. Produced at Bakehouse Studios for Trouble In Mind Records, this is music you spontaneously know in your heart that Mr. Rogers, Caroll Spinney, and Bob Ross are all applauding from beyond the grave.

Parsnip features the philharmonic pageantry of Carolyn Hawkins domineering the drums, Paris Rebel Richens conjuring ruddy wonder from the bass, Stella Rennex guiding aural gewgaws out of guitar strings, and Rebecca Liston as darling of the keyboards. All of these neverland nixies were and/or remain members of other dizzyingly self-possessed Melbourne and Sydney-based bands before/whilst deciding to merge their flair in the form of Parsnip. With Rennex and Richens handling most of the murmuring, the record is rife with clap-along beats and delightfully dinkum song structures. Parsnip’s way functions like a kind of reverse pickpocketing of sounds you had not realized you desperately missed and suddenly Parsnip has slipped them into your pocket. Parts of it sound sung by a girl version of The Vince Guaraldi Trio and ripped from the imaginary girl-folk B-sides to A Charlie Brown Christmas – this said with the intention of representing perhaps the highest praise I have ever draped across any melodist, wallaby-cute or no. The sound is unpretentiously innocent, sprightly, and waifish–both candid and candied in equal measure. If this was interior design, you might call this sound “retro eclectic,” though ‘retro’ is not truly the right word because this record feels as though it is actually of the 60s candy pop era, not merely trying to commemorate it.

When the Tree Bears Fruit is sleepy and unmanicured, as if The Monkees decided to collaborate with Joanna Newsom (a dream we could all zestfully dream). “Lighthouse Beacon” sounds like Dick Dale square-dancing with Holly Hobbie. “Rip It Off” has a Mamas and Papas vocal vibe, if Michelle Phillips was a sweet little ethereal doggie and Mama Cass had once had an unworthy hipster boyfriend. Big ups to key-maven Liston for “Sprouts”, with its underlying church-organ synths that mimic the inimitable Hammond B3 in a way that would make Booker T. Jones proud. “Sprouts” is surely the “Green Onions” of Aussie kinder-girlishness, every bit as Wes Anderson adorable as Booker T’s is austerely sophisticated.

“Lullaby”, full of the kind of consummately upticked oooohs and aaahhs you can only get Down Under, as well as publicizing imagery of pirouettes and castanets, will take you not to sleep but to the verge of the very golden Camelot of which the girls are singing. Somehow, they do this without ever sounding supercilious or servile, like so many before them who have ever tried to sing of such things in the modern day. “My Window” sagely advises that, “It’s unwise to quarrel with the skies,” and appears to underscore the point with some legitimately brilliant 1980s saxophones the girls might have fey-filched off gilded fellow countrymen, Men at Work.

“Seafarer” slings mic time at real seagulls, a xylophone sound, and a super-Zen late-term time change that makes you think The Primitives had a slumber party with Letters to Cleo and Altered Images gatecrashed. The final track, “Trip the Light”, starts with a garrulous giggle (as in, an actual laugh that no one tried to dub over) and an equivalently authentic throat-clear prior to the first sung note – a Dada-inflected conclusion to the sonic WPA mural of real that Parsnip has just escorted you through.

Though Parsnip has only been around since 2016, they make you think that they are a lost bibelot of the Phil Spector heyday, all impossibly classic faces, bobbed hair, and Deee-Lite-level vintage threads. This album feels like a dulcet discovery, like one of those old 7” rarities you dig out of the back-corner box in that best, secret record shop that you still have refused even to share with your absolute best friends. America offers Tori Amos, PJ Harvey, and Fiona Apple. Australia answers with Sia, Delta Goodrem, and Julia Jacklin. Australia being a nation where true quirk is currency and nobody gets aural accolades on sufferance, Parsnip shoehorn in somewhere between Angie Hart and Moaning Lisa.

If sweet just is not your treat, this is still a band you can buy into as there is a kind of oldfangled emotional hijacking going on in these lyrics which makes it very plain that, should we all be unexpectedly beamed into the cinematic bailiwick of Grease to dwell forevermore, you would definitely find the Parsnip pixies hanging with Rizzo, not Sandy, no matter even if Sandy is played by their fellow Aussie Olivia Newton-John. Prurience has been invited to the Parsnip party but is cleverly disguised in dazzle camouflage as a partridge. These girls are the garage-y grand poohbahs of forthright femme-ness, second-hand blushes, and totally riffable Oz hygge. Perhaps their best artistic advertisement resides in the lyrical poem that adorns the first page of the album’s liner notes and presumably supplied the record its name:

When the tree bears fruit…..
and the boughs are overcrowded,
it shares its glory with the world –
each branch bending down.
The way we go on living
Still, we are forgiven,
There the fallen fruit does lie
On the ground for you and I!

Go pick this record’s verboten sincerity-fruit off the ground the moment you can. In our current global situation, this dance of the blindfolded marionettes, no one is without need right now of the reminders Parsnip holds regarding the staying power of guilelessness.