<img src="http://www.qromag.com/wp-content/uploads/2011/11/patrickwolfnov4.jpg" alt="Patrick Wolf : Live" />Patrick Wolf's new found happiness and positivity was more than evident to the over 4000 fans that literally played homage to their... 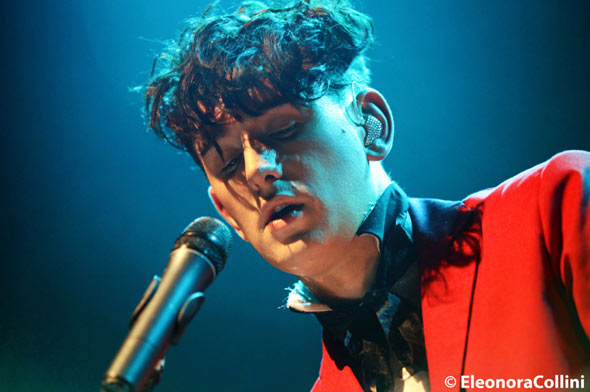 Click here for photos of Patrick Wolf at Joe’s Pub in New York, NY on September 20th, 2012 in the QRO Concert Photo Gallery

Click here for photos of Patrick Wolf at 2012 Beacons Festival in Skipton, U.K. in the QRO Concert Photo Gallery

Some music works better on record and loses its magic when played live, while some other is meant to be put on stage and has its main reason of being when played in front of devoted fans.  Patrick Wolf’s music belongs to the latter category, and that especially applies to new album Lupercalia, which, unlike its predecessors, always set to bittersweet, dark notes, is a happy record, less eccentric and baroque than earlier works, and in full contrast with melancholic, self-pitying The Bachelor.

This new found happiness and positivity in Wolf’s life and music was more than evident to the over 4000 fans that literally played homage to their idol at the Roundhouse in Camden, London on Friday, November 4th. 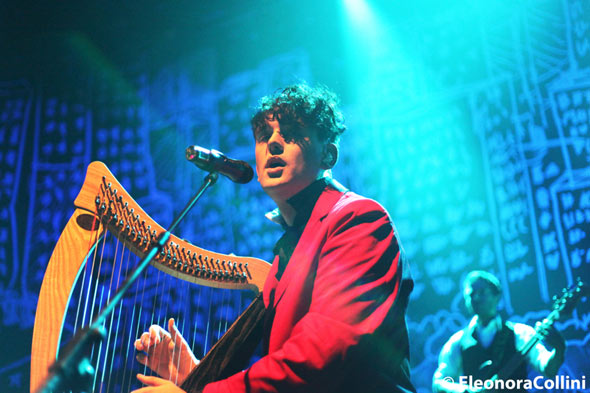 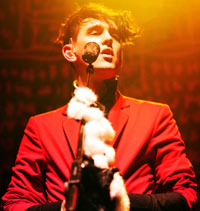 Then Patrick Wolf (sporting a new-romantic look, dressed in a victory red blazer and waistcoat, black trousers, black and white shirt embellished with a Victorian black tie) took the stage, opening with piano-led "Armistice", before pleasing the crowd with new album’s lead single "Time of My Life" (half of which was played in the photo pit shaking hands with fans), a new Christmas song ("Time of the Year". only partially played), and a stunning version of personal favorite, "Bluebells". 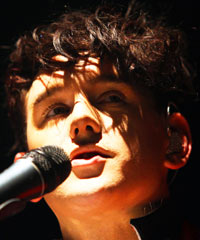 Accompanied by a group of talented classical musicians and with his sister Jo Apps as backing vocalist, Wolf switched from piano, harp, ukulele and violin with an ease as endearing as uncommon.  He exuded self-confidence even after a couple of false starts he apologized for nonchalantly.  The Roundhouse was just the perfect venue for the lavishness of his music, not huge, but big enough to host a by now mainstream act, situated in eccentric and arty Camden, and just gorgeously baroque with its unusual spherical shape and its glazed louvre supported by cast-iron Doric columns.  The backdrop was also beautiful: a black curtain with white-sketched skyscrapers adding a metropolitan feel, and two house-shaped lamps on both side of the stage. 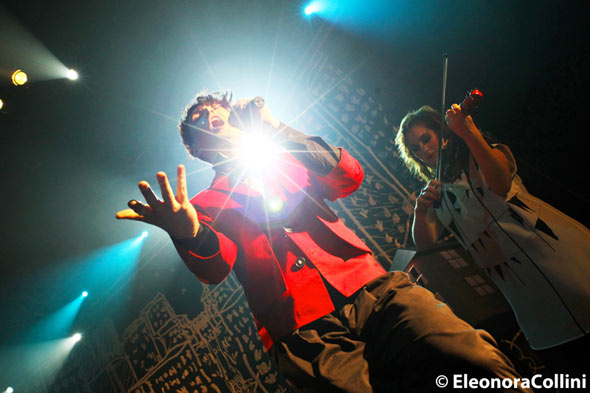 No studied choreography but lots of dancing and moving around the stage: Wolf was clearly on top form, making lots of jokes, one aimed at Duran Duran (QRO photos) and the ‘80s… which was really sarcastic, given that especially new album seems to be quite influenced by the electronic pop of that era.  The show was even more spiced up by a guest appearance from Wolf’s dad on saxophone, and of course a mandatory costume change to include a stuffed 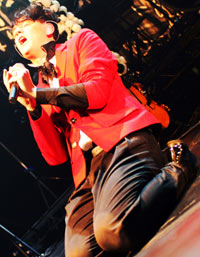 bird in mid take-off on his shoulder.

The set list was perfectly balanced, mixing romantic-folk ballads with faster techno-pop tunes, and picking songs from all five albums: Lupercalia was played almost in all its entirety with the only exclusion of "William" and "Slow Motion"; in the mix were also four songs from The Magic Position (QRO review), "Tristan" and "The Gipsy King" from Wind In the Wires, even 2003 hit "Pigeon Song" and old b-side "Godrevy Point"; interesting to mention that from The Bachelor only the title track was played.  First part of the show ended with the synth-pop notes of "Together".  Only a couple of minutes later, Wolf came back on stage to play a fantastic encore: "Bermondsey Street", "The Magic Position" and as grand finale the electronic, fast beats of "The City". 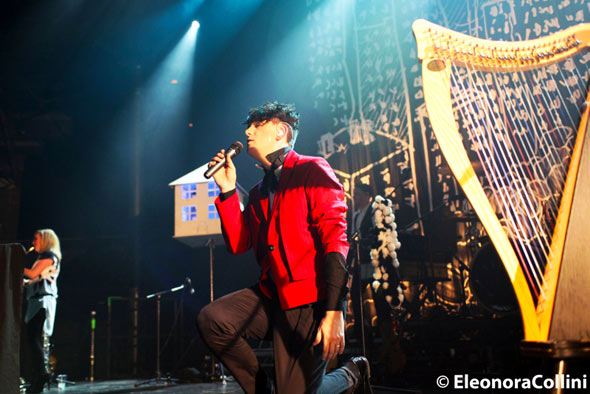 Armistice
Time of My Life 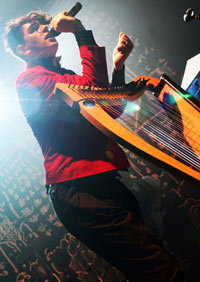 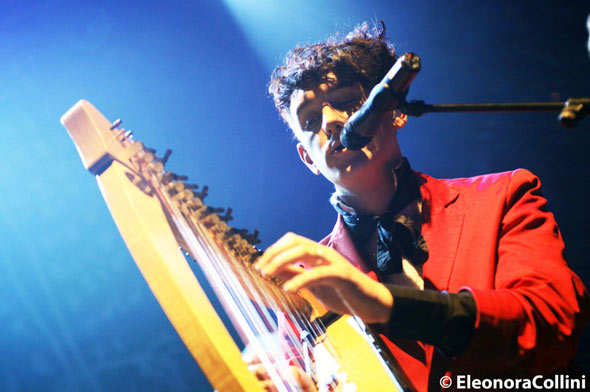