Seeing Peaches’ show was kind of like attending a Madonna show at a sex club, only with clothes on.... 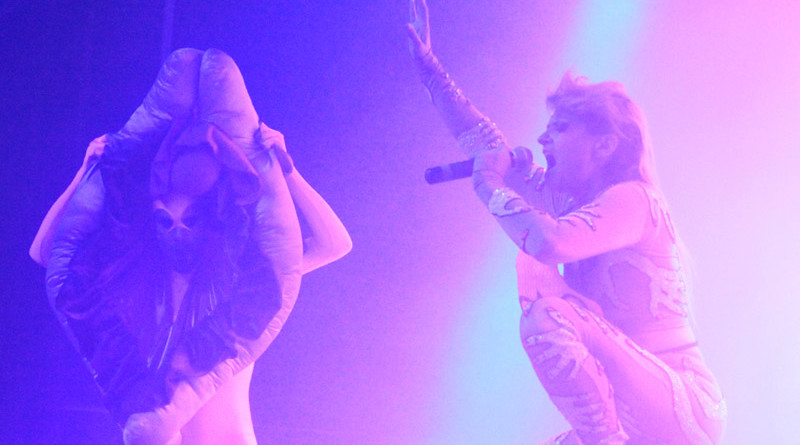 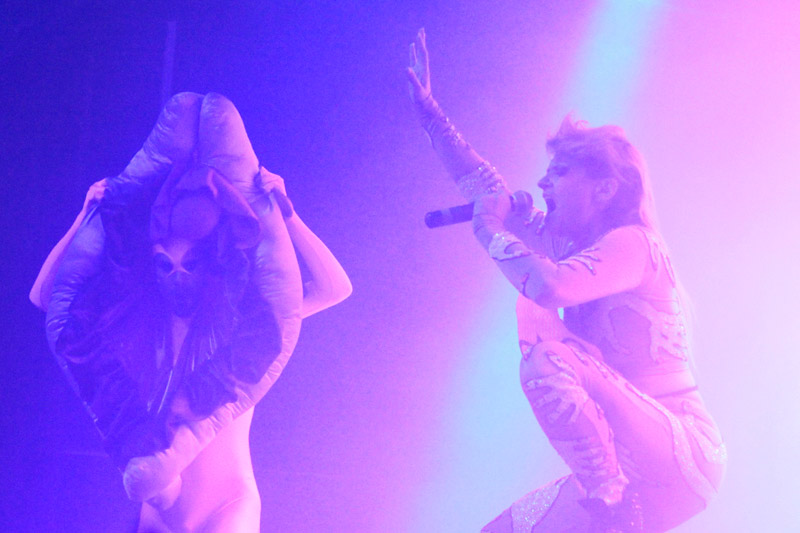 Click here photos of Peaches at Portage Theater in Chicago, IL on December 14th, 2010 in the QRO Concert Photo Gallery

Seeing Peaches’ show was kind of like attending a Madonna show at a sex club, only with clothes on. Entering Atlanta’s Terminal West on Thursday, October 29th was like going to a dance club with a majority of the largely LGBT crowd dressed up in finery for the event and a line to get in the door. Drag queen Christeene opened the show with her rap style dance music and a dancer.

Peaches appeared onstage alone, opening in her column style outfit. Her voice was strong and confident, as was her demeanor. Foregoing having someone else DJ and mix the music, she did it all herself from a small control panel at the back of the podium she performed upon. The only people who joined her onstage were two silent dancers, one a feminine male with long hair and a beard and a female. The dancers, like Peaches, wore costumes, which ranged from theatrical (unicorns) to fetish and skimpy. 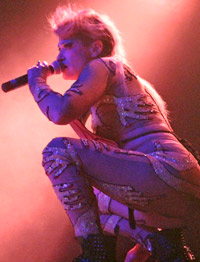 Described as a performance artist, it appeared she just performed a play about sexual play while singing. Almost all of Peaches’ songs had a sexual element to them, sometimes referencing body parts (“Vaginoplasty” and “Dick in the Air”). But the performance wasn’t sleazy. It did, however, show Peaches’ resistance to conservative values in that a woman could be so outspoken about sex. There were definite bisexual themes and references to doing anything to anyone sexually, with no kind of hindrance. During “Dick in the Air,” she climbed inside a massive blow-up condom to sing on top of the audience, who held her up.

Peaches took the music’s sexual themes and made them seem natural and fun. There was no nudity in the pornographic sense, but at the encore, Peaches adorned some flesh-colored pasties and eventually performed in just a girdle. She had bared her thoughts through her music, actions through playful actions, and eventually her body. It made the experience feel truly authentic. 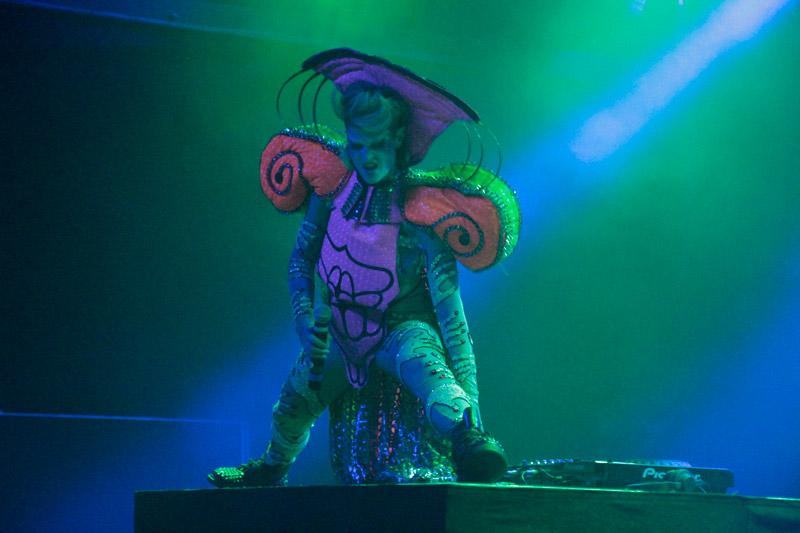