It’s been a little while since we have heard from grunge veterans Pearl Jam. ... 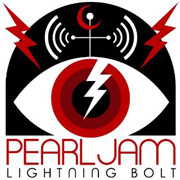 It’s been a little while since we have heard from grunge veterans Pearl Jam.  Four years, to be exact.  The last record they put out was 2009’s Backspacer, which was released exclusively through Target stores (for whatever reason) and was fairly well received by critics and fans alike, despite less-than-desirable sales.

This release is entitled Lightning Bolt and marks the band’s sixth time teaming with famed producer and seeming career-maker Brendan O’Brien.  Prior to Backspacer, Pearl Jam hadn’t worked with O’Brien since 1998’s Yield.  O’Brien is obviously a monster producer not only in today’s music industry, but also in the last twenty plus years.  So does he help or hinder Pearl Jam this time around?  It’s tough to say for sure.  While they explore some new territory, it’s fairly easy to see that they are a band that is over twenty years into their career, who can basically do whatever they want at this point and have at least a subset of people out there who will lap up on it.  That isn’t to take away from their legacy and the things they have achieved, because they are certainly a band worthy of respect, it’s just that it’s hard not to feel like we’ve heard it all before.

So how are the songs on Lightning Bolt?

There is the punk-tinged single “Mind Your Manners”, which exhibits a Pearl Jam who clearly believe they still have something to say.  Whether or not they actually do have something to say will need to be discerned by you the listener.  However, it’s easy to tell that they’re still passionate, which is a positive thing, especially for a band that has been around as long as they have.

Another standout track is the ballad-esque “Sirens”, which features lead singer Eddie Vedder’s trademark throaty wail in front of a song that expresses thankfulness about being able to be relevant for so long and realizing that it could all end in a moment.  It’s a rather poignant moment on this album and helps push it into the territory of great.

It’s hard to outright not like a Pearl Jam album, and that’s not to give them an unfair advantage, but there are some bands out there who – despite not making ‘as good’ of music as they did in yesteryear – still command a certain amount of respect.  Pearl Jam is one of those bands, and Lightning Bolt – while not their best album by any means – is still a good effort and will hold up until they release their next one.