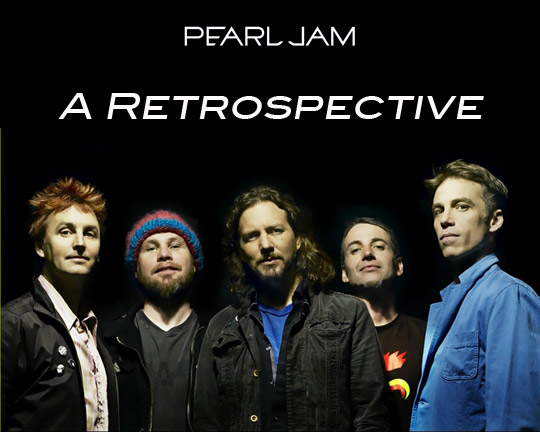 Pearl Jam have sold over 60 million records, won numerous prestigious awards, have accrued an international fan-base, and have truly become a global phenomenon.

Pearl Jam pioneered the grunge movement of the ‘90s, and while many other fellow grunge groups had their brief moments of fame, those careers ended as fast as a shotgun bullet enters the skull.  Yet Pearl Jam withstood the fallout and backlash of the Seattle grunge explosion, and to this day they still remain as strong and as relevant as ever.  Just out with their ninth studio album, Backspacer, and about to embark on yet another world tour, QRO decided to look back on the prolific, grungy and unique life of Pearl Jam.

The genesis of Pearl Jam is both coincidental and tragic.  Theirs is a story that takes place in front of the backdrop of Seattle, Washington: Jimi Hendrix’s hometown, Starbuck’s first victim, and also the birthplace of grunge. 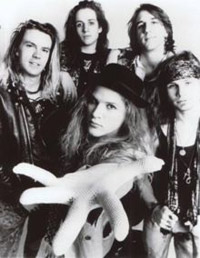 In the early ‘80s, Stone Gossard and Jeff Ament were both founding members of the seminal grunge band Green River.  Following disagreements about band morals, Green River disbanded in 1987.  Ament and Gossard then joined ‘godfather of grunge’, Andrew Wood, another Seattle-ite, to form Mother Love Bone.  The band recorded and toured in the late ‘80s and was one of the first Seattle bands to sign with a major label.  Mother Love Bone seemed to be on the verge of making it big, when Wood tragically died of a heroin overdose in 1990.  Devastated by the death of Wood, but also eager to get a fresh new start, Ament and Gossard teamed up with Seattle veteran guitarist Mike McCready to record some demos.  Gossard asked former Red Hot Chili Peppers drummer Jack Irons to join their project, giving him a copy of the tape.  Irons declined, but passed the demo tape on to a singer he knew in San Diego, Eddie Vedder.  Vedder, who was at that time working at a gas station, wrote lyrics to the songs and sent back a tape that included his vocals.  It’s needless to say that Ament, Gossard and McCready were absolutely smitten with Vedder and flew him to Seattle immediately.  Within a week Eddie Vedder had joined the band.

With the addition of drummer Dave Krusen, the band was complete.  They called themselves ‘Mookie Blaylock’, after the NBA basketball player.  But because of copyright infringements they quickly changed their name to Pearl Jam — after an allegedly hallucinogenic recipe belonging to Vedder’s Native-American 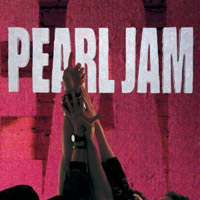 grandmother.  By early 1991, Pearl Jam had begun to play live shows in the Seattle area.  As the world tuned-in to the Seattle scene, the band signed to Epic Records and quickly released their debut album Ten in the winter of 1991, one month before Nirvana released Nevermind.  Ten was initially greeted with the kind of enthusiasm most commonly reserved for a badly infected toenail.  Criticized for playing more corporate and mainstream rock compared to the “I don’t give a fuck” attitude of Nirvana, Pearl Jam suffered at the hands of purists who found such things as ambition offensive.  However, Ten did finally find an audience that would remain loyal for many years to come.  The record eventually outsold Nirvana’s Nevermind, sold 13 times platinum, achieved a place on Rolling Stone‘s ‘Greatest Albums of All Time’ list, and is still Pearl Jam’s bestselling record. 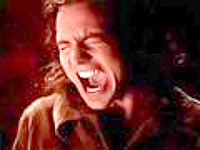 Part of Pearl Jam’s fame, or at least their uniqueness, lies in their unwillingness to succumb to expected protocol in the music industry.  From the beginning, the band was reluctant to make their songs into music videos.  Despite the success of the video for their song “Jeremy” (1993’s ‘MTV Video of the Year’), the band refused to make music videos for the majority of their songs.  Even with massive pressure from their label, and their listeners, Pearl Jam has remained true to this statement.  Pearl Jam also boycotted Ticketmaster because of raised ticket prices and unethical business practices.  Because of this boycott, the band lost many concerts and many fans.  But Pearl Jam seems devoted to doing things their own way, even if it is detrimental to them.  Rolling Stone described the band as having “spent much of their careers deliberately tearing apart their own fame.”  In addition, Pearl Jam (especially Vedder in particular) has connected itself to numerous social 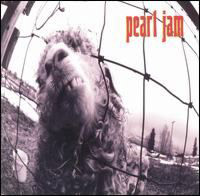 justice causes and has performed for charities and organizations dedicated to a range of issues: poverty, protecting the environment, and anti-war.

In October of 1993, Pearl Jam (with new drummer Dave Abbruzzese) released their second album, Vs.  It was met with extreme public approval and sold over 950,000 copies in its first week of release.  Vs. featured a crude, more aggressive sound compared to its calmer predecessor.  One year later, plagued by their rock-star status and Kurt Cobain’s suicide, the band released Vitalogy, their most versatile record yet.  Vitalogy also paved the way for the next stage of the band’s career that would concentrate on much more eclectic and diverse albums that encompassed many different musical styles.

With a two-year gap between each of the next four albums, Pearl Jam remained consistent with their recording and touring schedule.  After Vitalogy, Pearl Jam (with another new drummer, the previously-had-declined Jack Irons) released No Code, an album that left many fans dissatisfied due to its more mainstream feel.  But the band was quick to please their fans again with Yield, released in 1998.  Yield was met with very positive reviews 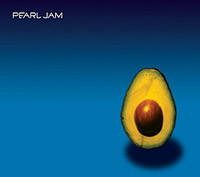 and was called a more mature and structured album.  As the band moved into the 21st century they acquired yet another new drummer, Matt Cameron, previously from Soundgarden; this drummer though would stay with them for good.  2000’s Binaural and 2002’s Riot Act captured the band at a crossroads, moving further and further away from traditional grunge, but still uncertain about a new direction.  Both albums were relatively successful, but neither record possessed the passion and heart that Pearl Jam had become famous for. 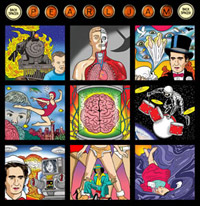 In 2006 Pearl Jam left Sony, whom they had been with since Ten, and signed with J Records.  Hungry for a new start, the band released an eponymous record, and experienced a resurgence of commercial success and critical reception.  The music on the record was proclaimed as returning to the band’s roots.  The album was more grungy, alternative, and just generally more hard rock than many of their more recent releases.

Pearl Jam continues to defy usual conventions.  They still play exclusive shows for fan-club members only, they have made their music available online free of charge, and they have just released Backspacer, their ninth album, independently.

The Heavy : The House That Dirt Built