<img src="http://www.qromag.com/wp-content/uploads/2010/05/pearljammay10.jpg" alt=" " />After a seven-year hiatus from Buffalo, hardcore stadium rockers Pearl Jam returned to HSBC Arena to play a huge show to a much awaited crowd.... 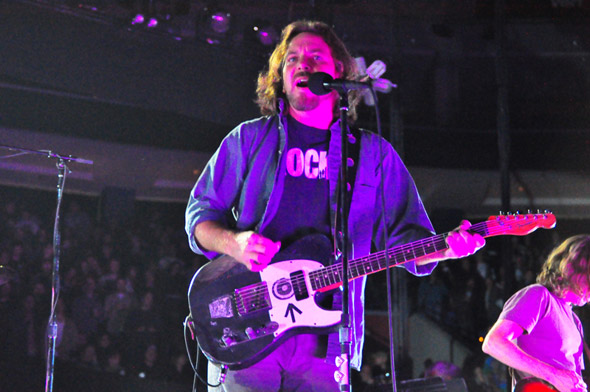 After a seven-year hiatus from Buffalo, hardcore stadium rockers Pearl Jam returned to HSBC Arena to play a huge show to a much awaited crowd in Upstate New York on Monday, May 10th.  Playing a combination of older and new material, the crowd went wild for the return of one of the biggest names in rock, and rightly so.

With an energetic set which propelled a highly animated crowd with an irrepressible momentum, the crowd went wild for a two and a half hour set, including two encores (and a sneaky cigarette break at the back of the stage from frontman Vedder!) with hit after hit.

A opening with “Unthought Known” and mixing the set list up, combining tracks from their twenty year stem in nineties power rock, such as “Animal” and “Alive”, the crowd lapped up the wide ranging but magnificently consistent material as it was performed to perfection. 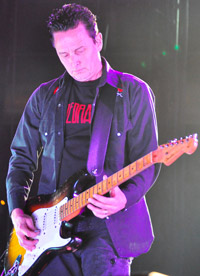 After all these years, Pearl Jam have not lost their magic, and it is clear to see why they have made it big, and remain to have such a legendary following, despite their particular sound of the 1990s never completely swaying with the modern musical times.

One particular element which shines through is the humility of Pearl Jam after all these years, and although their long term rock star status, Pearl Jam are still prone to “fuck ups”, as front man Eddie Vedder described it during “Grounds For Dismissal”, where the band restarted the song after a slight lyrical mishap during the first verse.  Even so, Pearl Jam could easily get away with not singing a word to any of their songs, with the crowd chanting and singing along with each of their songs regardless of new or old from their extensive back catalogue.  However, what was most notable was “Better Man”, where Vedder forwarded the microphone to 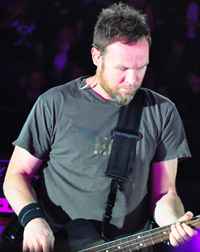 the crowd who sung each lyric, word for word, sealing the deal that Pearl Jam were really back.

It seems that both the band and fans appreciate each other in a tight bond, which is extremely special, and especially with such a huge following, the appreciation on such a level is rare.  Vedder was noted to thank the crowd numerous times, noting how Buffalo had shown Pearl Jam an exceptional reception each time the band had graced the city, and how this night was no exception.  Throwing out handfuls of plectrums, and even countless tambourines during the second encore, thanking the crowd in their own Pearl Jam-esque way, on top of a top notch rocking show, there’s certainly no love lost between Pearl Jam and their fans. 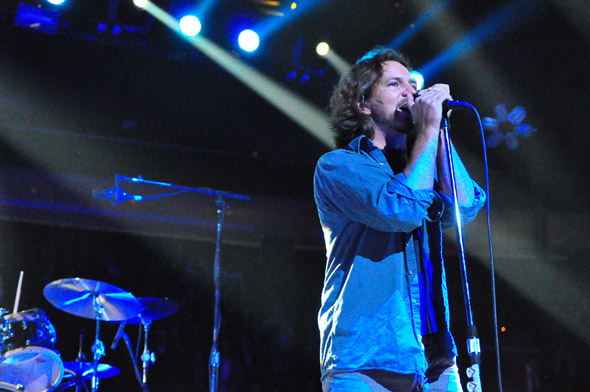 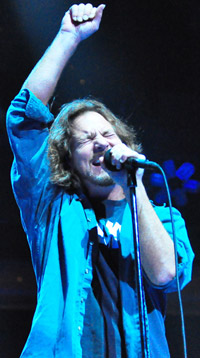 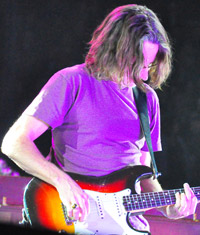 Once
Alive
Fuckin’ Up
Yellow Ledbetter 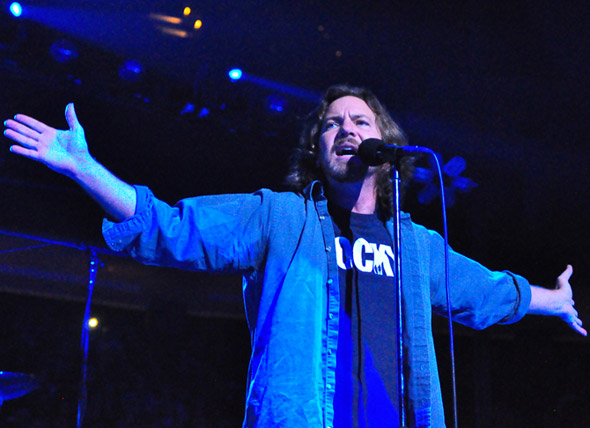