By this point, Perry Farrell’s role as founder and manager of Lollapalooza rivals his being frontman for Jane’s Addiction in the ‘first line of his bio,’ but it indicates... 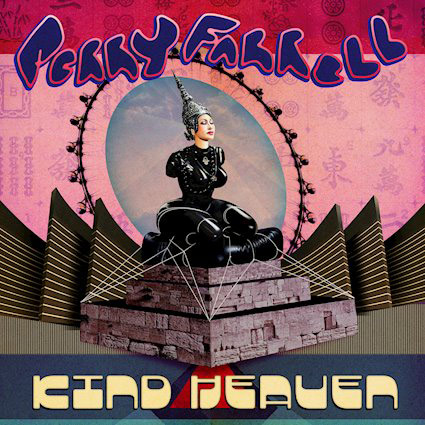 It’s 2019 and of course there’s political material on Kind Heaven, in the big, sarcastic rock of opener “(Red, White, and Blue) Cheerfulness” and big, aggressive rock of the following “Pirate Punk Politician”. But Farrell doesn’t let go of his natural inclination towards sex, such as the dark electro-sexy “Snakes Have Many Hips” and electro-dance sexy “Spend the Body”. If one remembers the wide range of Jane’s Addiction’s music, or Lollapalooza’s, then it will come as no surprise that there’s also a grinder (“Machine Girl”), pleader (“One”), almost Eastern (“More Than I Could Bear”), and even a grand hope/pray for the future, “Let’s All Pray for This World”, to close.

Click here for photos of Perry Farrell at City Winery in Nashville, TN on June 21st, 2019 in the QRO Concert Photo Gallery

Click here for photos of Perry Farrell at Kind Heaven release party at Dolby SoHo in New York, NY on May 23rd, 2019 in the QRO Concert Photo Gallery

Perry Farrell can take himself too seriously at times, particularly when he goes further out there – “Spend the Body” sounds like ‘the idea of an electro-dance sexy song’ one might find on Black Mirror (or even Weird City), and his political takes have been said before & better by others (but lots of people are giving political takes these days). But Kind Heaven reminds as to why he’s still one of the most influential alternative artists, even today.