Any act of applied preservation, when aimed at historic areas or icons, nearly always automatically wrecks the very thing it set out to protect – like using concrete to... 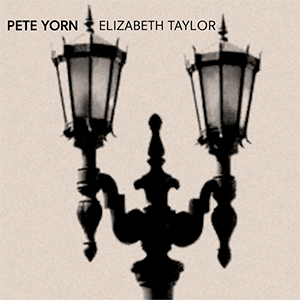 Any act of applied preservation, when aimed at historic areas or icons, nearly always automatically wrecks the very thing it set out to protect – like using concrete to capture light. It would be barbarous work to attempt to think of an icon wrapped in a more silvery haze than the Madam of Mythos that was Elizabeth Taylor. That said, Pete Yorn has ever been the irreverent perfectionist that ignores any such imperial door and inhabits a creative incubation space willfully ambivalent to the “rules” of those who may live within houses on stilts. With his latest single entitled “Elizabeth Taylor”, off his forthcoming 2022 full-length entitled Hawaii, Yorn makes a stamp-sized palace for his own internal divorces and diamonds out of the mere reference to Dame Taylor’s singular and volatile legacy.

“Elizabeth Taylor” is an idealized memory that sounds like it contains three separate-but-connected acts – like a stage play or an old-time movie with a built-in intermission or two. Or, a starlet with a noted light and dark side, both flashing comet-bright depending on the parade or pineapple mimosa at hand. The first bit of Yorn’s new sea whip of a song is about a California outsider, drawn in unsettled colors and hunting innocence in a place made famous for selling sleaze by the pound. The second – which contains the slanting southward chorus “I found my own way home” – is a bee chant about belonging first and foremost to one’s own path (star-encrusted or not) and one where the sun shines through the harmonies until the whole vocal realization sounds like when a forest becomes one big vibration of birdsong. The third and final segment features a layering of the tune’s sung melody that climbs upward like flowers and vines blooming on interior walls.

Taking the monochrome basics of life and turning them into something as rich as duck confit is Pete Yorn’s perennial specialty. He executes this with his natural ability on full display in lines like “Looking for a merry-go-round or a perfect kiss” and “Why’d you have to go all Elizabeth Taylor on me?” Images such as “silver bullets” and “ice capades” pitch one right into the glowing waters of his eternally observant and gleaming nostalgia. The rhythmic roads Yorn takes to get to an emotional idea are characteristically corkscrew, and “Elizabeth Taylor” finely showcases Yorn’s made-to-measure way of gilding the fire with beautifully bruised phrases.

Mr. Yorn appears in the video for “Elizabeth Taylor” performing his innocuous daily workout, and looking for all the world like a long-lost Wilson brother no one knew existed – one as whip-smart as Luke and as self-effacing as Owen, but too cool and shy to ever let himself be filmed for anything that might lead him to garish Grauman’s. Though he is suave, suited, and dark-sunglassed by the conclusion of the song, the video’s ambiguous, movie-borrowing “To Be Continued” ending – wherein Yorn stands at the literal corner of Motor and National just as he’s been singing about – leads the viewer to anticipate more than just additional aural archipelagos on the imminent Hawaii. It looks as if we may be treated to more symbolically-aligned cinematic tsikoudia as well. When it comes to inexorably brilliant artists like Pete Yorn, who consistently embody all the hope, tragedy, and beautiful irony of National Velvet, even Elizabeth Taylor would agree: there is most certainly not one born every minute.