As Peter Bjorn and John have shifted musical styles since their debut a decade-plus ago as part of the ‘Swedish Invasion’, they’ve never lost their inherent optimism.... 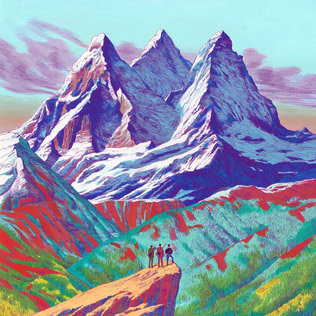 As Peter Bjorn and John have shifted musical styles since their debut a decade-plus ago as part of the ‘Swedish Invasion’ (QRO’s Swedish Sensations), they’ve never lost their inherent optimism. Maybe they’re not as big as they once were, maybe they’ve had albums bad as well as good, maybe they come from a nation that “likes death metal because it reminds us of death,” but they still have a cheer to them. So enjoy Endless Dream.

It is fitting that PB&J have a song about just loving “Music”, a light dance that they do well. Outside of the brightness, there isn’t as much of a sonic theme as on prior releases, going from the synthetic “Rusty Nail” to the Beatles sunny “Endless Reruns”, lower key “Idiosyncrasy” to bigger uplift “Out of Nowhere”. But that keeps the record from feeling one-note, and lets the shine, shine.

In these dark times that seem to only be getting darker (Endless Dream was released as the world started to shut down over the corona virus), it’s wonderful that Peter Bjorn and John have kept smiling.