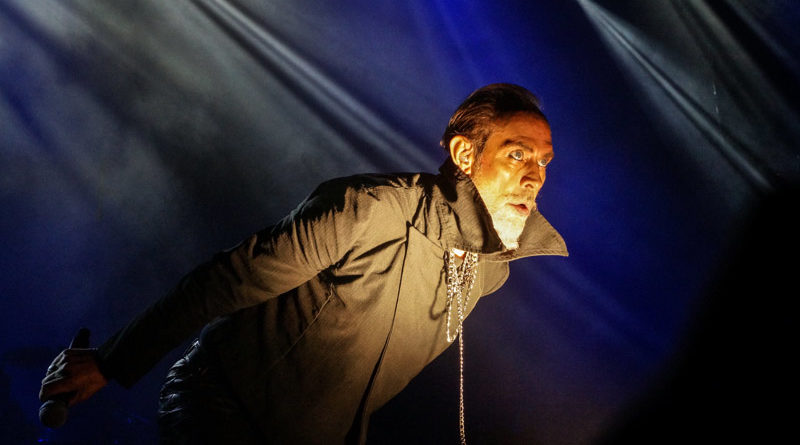 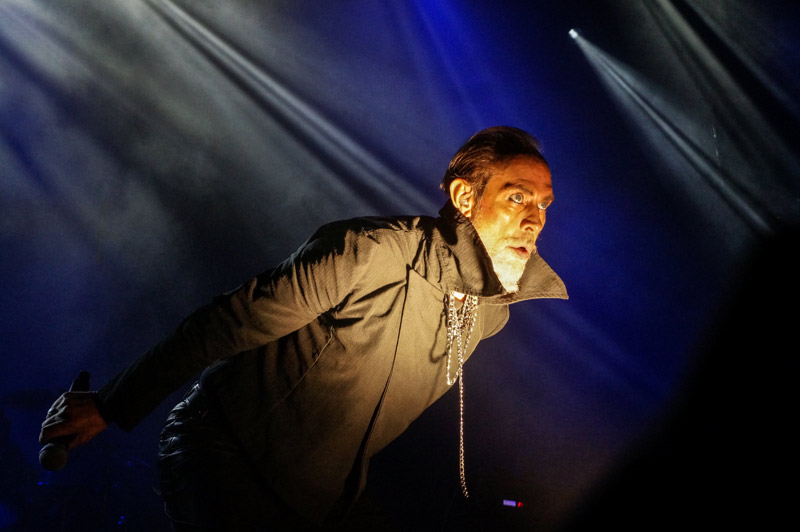 Click here for photos of Peter Murphy at The Ground in Miami, FL on February 6th, 2019 in the QRO Concert Photo Gallery

Click here for photos of Peter Murphy at Star Theater in Portland, OR on August 9th, 2012 in the QRO Concert Photo Gallery

Click here for QRO’s review of Peter Murphy at Dante’s in Portland, OR on March 8th, 2011

My best friend in school wasn’t fond of bands in their mature years. Educated in soul, Motown and punk, he tended to think that, with age, musicians loose their edge and thus it was better no to go watch them live to preserve “the legacy and the legend.”

I always disagreed because, as they grow older, most of the times bands display their experience and a better playing ‘savor faire’ onstage that makes up for urgency and, say, utter speed. And let’s be honest, in current times if you’re indulgent onstage and treat your audience like they’re idiots, you won’t last one round.

That’s the risk of artists who want to revive their back catalogue: self-parody and lukewarm performances that can really tarnish a band’s legacy. If you’re somebody like Peter Hook or Peter Murphy, though, it’s a very different story. The former has proved so since late 2010 with The Light, injecting new life in Joy Division and New Order’s catalogue and winning fans over with splendid performances. 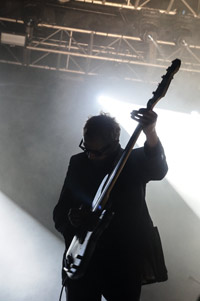 Peter Murphy is in that same league as Hook. He already did a “35 Years of Bauhaus” celebration tour, where he was the only one holding the flag of the band. After his summer residence in the USA playing his own solo records in succession was postponed due to visa problems, he then got himself ready for the 40th Anniversary of the band’s first record, In the Flat Field, but this time with another Bauhaus member, bassist David J.

“I wanted this Bauhaus thing to be genuine, and I would never hire hacks. David is a fully fledged artist, not a session musician, so it’s great to have ‘the real shit’ going on at my right onstage,” claimed Murphy in an interview, earlier this year. And that was what he wanted to prove in Barcelona, two weeks into the European leg of his current tour.

The premise was simple: playing In the Flat Field, the benchmark from which Gothic Rock is measured, and then play a selection of other Bauhaus tracks. The tour came to Barcelona’s Razzmatazz Ballroom on Monday, November 19th. 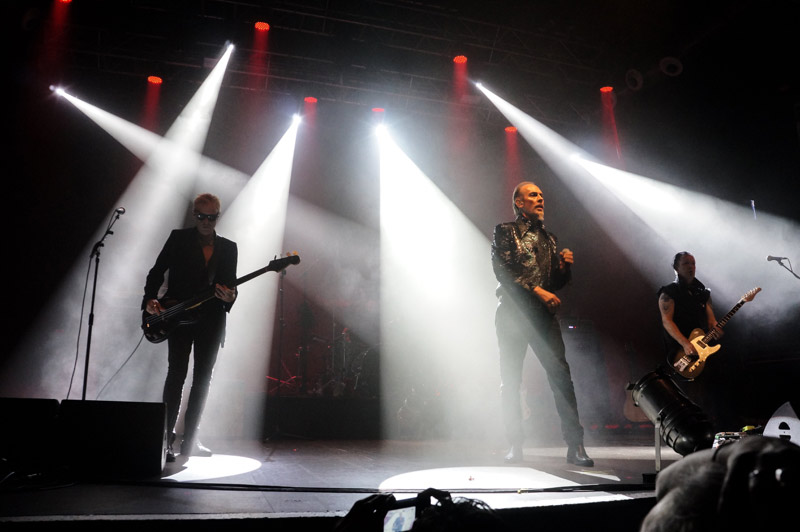 Apart from the opening trio – “Double Dare”, “In the Flat Field”, and “God In an Alcove” – I was never very fond of In the Flat Field, as it was rawer than its successors and also less refined. However, the new life insufflated into these old songs made for a way better listening experience. New intros and the deep, strong sound of the live performance unified that bunch of dissimilar tunes, especially those on the second half of the record. The only song that still felt out of place was “Dive”, as it was never as melodic and catchy as its demo version, “Kamikaze Dive”. 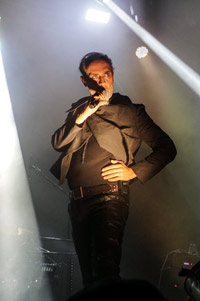 Described as complex, magnetic, dominant, unpredictable, sexy and a myriad of other things, Peter Murphy still is the theatrical master and in this first half of the gig he displayed the silliness in “God In an Alcove”, crowing himself ‘King of the Dark,’ and the melodramatic in the still poignant and moving “Spy In the Cab”. An energy he’d be displaying throughout the gig.

Once the frenzy at the end of “Nerves” was over, the band moved along the rest of Bauhaus’ history. “Burning From the Inside” was the hinge of the concert and it soon was apparent that Murphy didn’t want to be obvious in his choices, nor in the order in which the set list was played, as immediately after, “Bela Lugosi’s Dead” was delivered to the incredulous audience whom expected it at the encores. Here was when Murphy started interacting way more with the audience, handing the microphone repeatedly to the air to capture the noisy atmosphere at Barcelona’s Razzmatazz.

Apart from the classics “She’s In Parties”, “The Passion of Lovers” and “Dark Entries”, “Adrenalin”, a monolithic track from Bauhaus’ last record, Go Away White, was a highlight as it didn’t sound as linear as in record. The only flaw in this section of the gig was the dancey “Kick In the Eye”, a bit clumsy in its execution.

The first encore was for the inevitable covers of “Telegram Sam” and “Ziggy Stardust”, and for the second, Murphy – annoyed with some sound problems that didn’t allow David J to fully shine – decided to skip the melancholic “Crowds” and went back onstage with (excellent) guitarist Mark Gemini Thwait to play the rare yet cheeky “The Three Shadows Part 2”. The new usual cover of Dead Can Dance’s “Severance” ended a great gig.

A great gig because Murphy still wants to impress, to convert people into his music, into his craft. I was at the Bauhaus Resurrection Tour gig in 1998 at the same venue and what struck me the most this time is that Murphy still has the same desire of playing the music for what it is, not what it was. It’s not nostalgia for him. It’s still living the now. 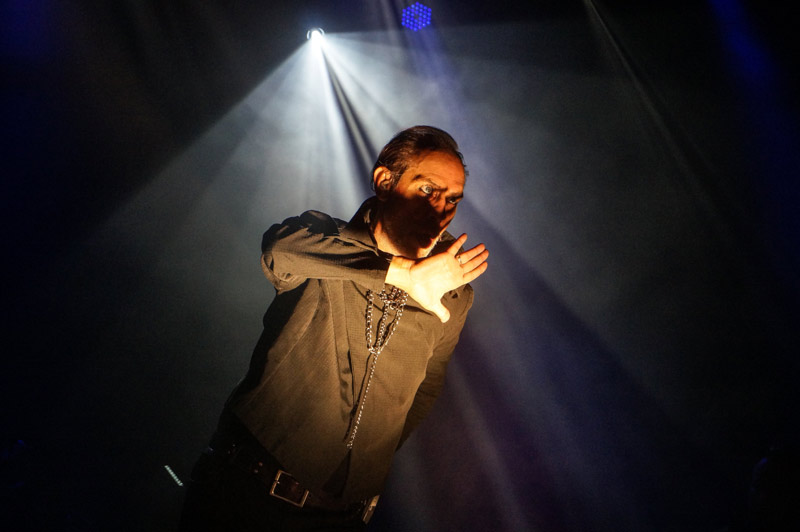