<img src="http://www.qromag.com/wp-content/uploads/2011/04/petermurphymar8.jpg" alt="Peter Murphy : Live" />Gothic icon Peter Murphy dropped by Dante's in Portland, OR for the second date of his U.S. tour. ... 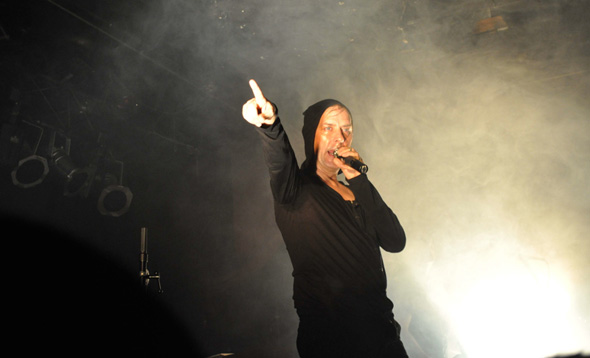 Click here for photos of Peter Murphy at Star Theater in Portland, OR on August 9th, 2012 in the QRO Concert Photo Gallery

Gothic figurehead Peter Murphy dropped by Dante’s in Portland, OR on March 8th, 2011 for the second date of his U.S. tour.  He was in already in fine form from the first song “Low Room”, hitting the guttural yell of “low!” perfectly.  Murphy pretty much played a similar set list that he has performed over the last couple tours.  He also sprinkled in five ‘new’ songs (‘new’ as in they’ve been played live since 2008 or 2009) and are presumably going to be on his new album Ninth, out this summer.  He did mention after the second song (a new one called “Velocity Bird”) that he felt they were a bit rusty since the tour just started.  Murphy was engaging and even self-deprecating throughout the night, and it was surprising to see how well he handled that he appeared frustrated with sound issues all night.  In fact, according to his set list, there was to be a second encore that include among other songs, his biggest single “Cuts You Up”, but he didn’t come back out.  A number of other songs were also cut from the list.  But he did make it through nearly the whole set and from the audience perspective, the sound issues weren’t that apparent, so the problem must have been in the monitor mix. 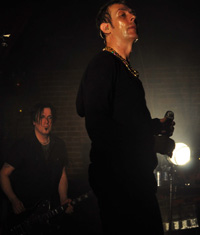 Murphy and the band followed up “Velocity Bird” with another new track called “Peace To Each”, and the audience cheered emphatically afterwards.  These songs have an edge to them that some of his latest releases haven’t had and Murphy was nailing some wicked baritone growls.  He introduced his next song indicating they were going to do a “Peter Murphy version” of “Silent Hedges” from his Bauhaus days.  That was all the crowd needed to hear.  And they hung on his every word especially as he sang, “Going to hell again again again.”  Murphy’s version wasn’t much different than the Bauhaus version.  Perhaps the difference was the absence of his former bandmates.  He and the band followed up with “Burning From The Inside”, another Bauhaus track.  The current guitarist is great but he’s no Daniel Ash and some of Ash’s theatrics are missed, but it allowed Murphy to have all the theatrical poses to himself. 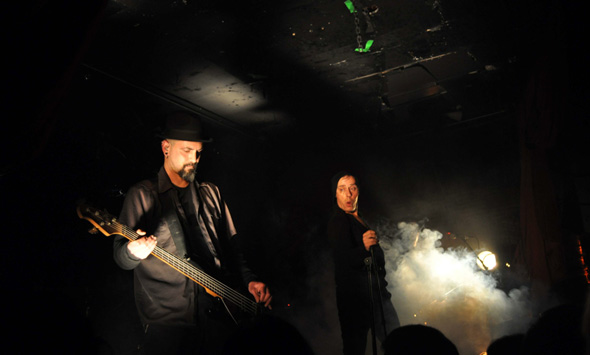 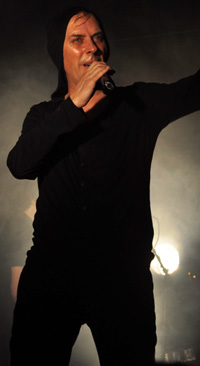 Reference was made to Portland being very “molt-y”, which Murphy said he enjoyed.  And the audience could relate, as most of them got drenched in the downpour walking to the club.  So the lyric from “Subway”, “Don’t sleep in the pouring rain,” felt rather appropriate that night.  Murphy called up one of his band members to introduce to the audience and he proceeded to put his arm around Murphy, which caused Murphy to quip, “You shouldn’t have touched me yet; too early.  It has to be at least six months.”  And he added, “He won’t get me naked, I’m far too expensive,” to which the audience cheered wildly.  Murphy further endeared himself to the crowd (not that he even needed to) by apologizing for having to cancel the Portland show on the last tour.

As the night progressed Murphy could be heard talking to the sound man, asking for more or less of certain things coming through his monitor.  It looked as if it was wearing on him.  Murphy appeared to take out his frustration with a blistering version of “Stigmata Martyr”, that, by the last note, he looked worn out.  Still, he stayed engaging and joked of his “acting” in the Twilight: Eclipse movie (all one minute of it that apparently took three days to film – QRO soundtrack review).  And to tie into the vampire theme, he broke into “A Strange Kind of Love” that included a snippet of “Bela Lugosi’s Dead”, which went over tremendously.  Murphy then followed with a beautiful rendition of “Marlene Dietrich’s Favourite Poem” that silenced the audience in awe.  The only other sound was waitstaff clinking glasses.  Next up was “Transmission”, a Joy Division cover that Murphy has performed a number of times.  And as the song ended, Murphy walked off stage to rapturous applause.  For the encore, Murphy broke into a powerful version of Nine Inch Nails’ “Hurt”, accompanied only by a sparse electric guitar.  And with that, the evening was finished.  And Murphy appeared glad to be done with the sound problems, but he also was genuinely professional and gave his audience the best he could under the circumstances.  There were disappointments by not hearing “Deep Ocean Vast Sea” or “Cuts You Up”, but in the end, it was still a remarkable evening with Peter Murphy. 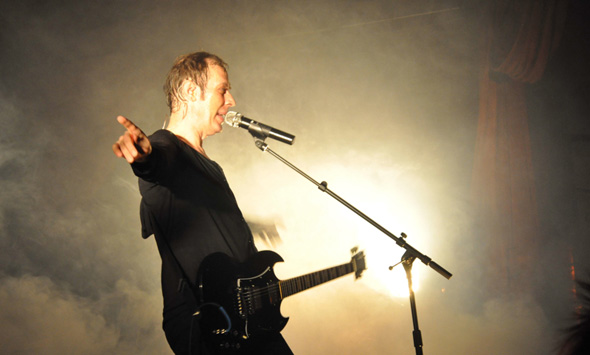 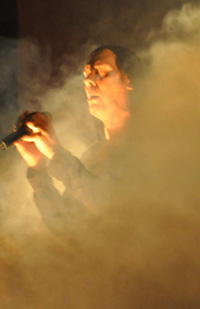 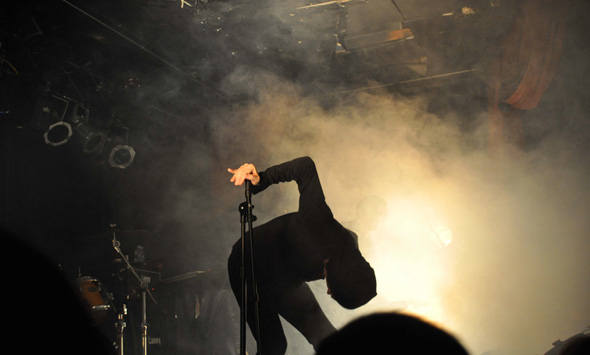 Casper Clausen of Efterklang & ‘An Island’